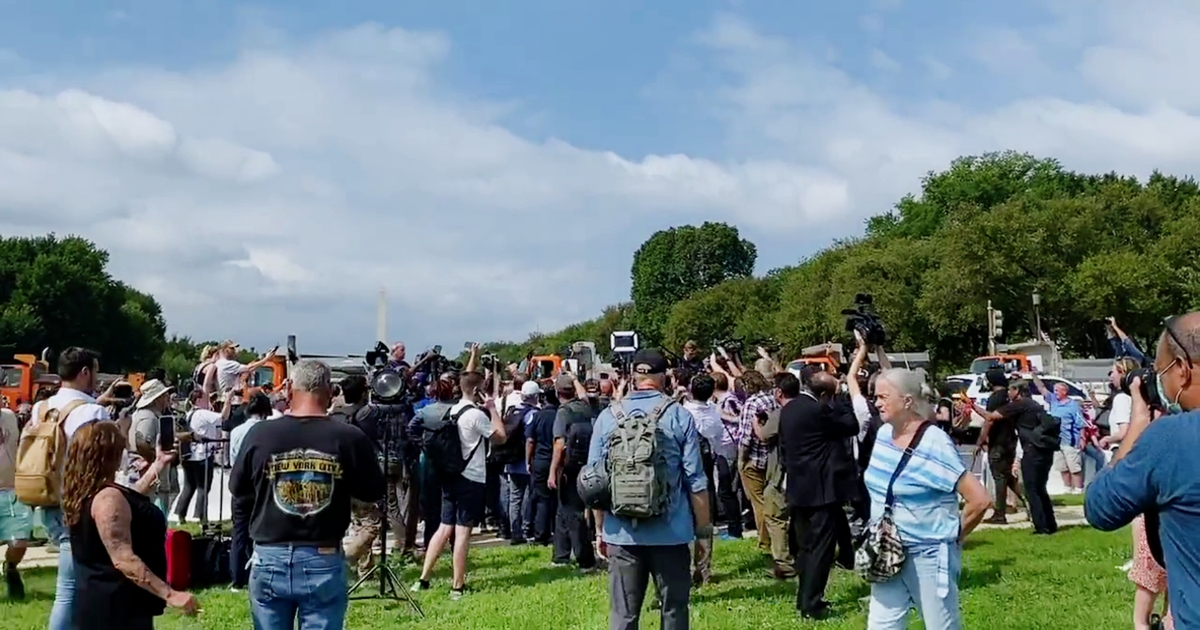 Early reports and videos emerging from the pro-Capitol-rioter “Justice for J6” rally indicate that the event has drawn “a few dozen” attendees, and many times that number of press and police.

On Saturday afternoon, videos began trickling out on social media showing the early stages of the event, organized to show support for those imprisoned over the Jan. 6 invasion of the Capitol, showing very high turnout — by cops and the media.

Counter protestor showed up at the ‘Justice for J6’ rally yelling.

Police surrounded him very quickly & told people near him to back up. pic.twitter.com/menaFQ9zLi

On the left, a handful of protestors here for the #justiceforj6 demo. On the right, hundreds of cameras following a guy with a megaphone yelling “the only justice for Trump is prison” and police pouring around the crowd here at the #capitol pic.twitter.com/Z5PyWkzpCw

The #JusticeForJ6 rally is scheduled to begin in 45 minutes at 12pm ET.

As the event began, an organizer joked to the sparse crowd that they should measure their wrists for the handcuffs that would surely be slapped on them by the FBI, a reference to the conspiracy theory that the rally is a “setup” by the government.

Update: As the rally progressed, MSNBC reported an estimate of the crowd of attendees of about 200.