Weiner Weighs in: ‘There Is Very Little That Schock and I Have in Common’

Weiner Weighs in: ‘There Is Very Little That Schock and I Have in Common’ 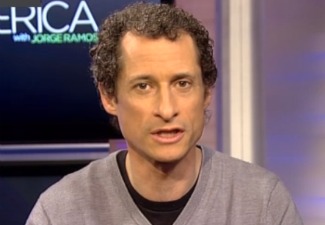 If there’s anyone who’s well-qualified to weigh in on the scandals that brought Rep. Aaron Schock down, it’s former Congressman and mayoral candidate Anthony Weiner.

Weiner’s been in Schock’s position before: he resigned from Congress due to an ethics scandal involving some errant dick photos, and was also under threat of a Congressional ethics inquiry. But, Weiner argued in Business Insider, “there is very little that Schock and I have in common. He is accused of real crimes and a planeload of greed. I did embarrassing personal things and wasn’t honest about them.”

Weiner pointed out some really “dumb” things Schock did, like getting Congress to reimburse miles he’d never driven (“With all of the aforementioned fuzziness around campaign-finance law, this is pretty much the worst thing to do”) and taking free money from dubious sources: “You can’t fly on private planes on someone else’s dime. You can’t take donations to make yourself a Masterpiece Theatre-themed office like Schock did.”

But, interestingly, Weiner was pretty damn sure that the prospect of a lengthy, expensive ethics investigation prompted Schock to resign:

But Schock quickly realized something that I also learned in the final days of my congressional career: Being investigated by the House Ethics Committee is an expensive ordeal. When my scandal was unfolding, I was told by some of the best ethics lawyers in DC that I had broken no rule, but that I would need to find about $1 million to defend myself.

So when Schock says he wanted to end the distractions, I’m sure a years-long investigation, and the bills that would come with it, was part of what he meant.