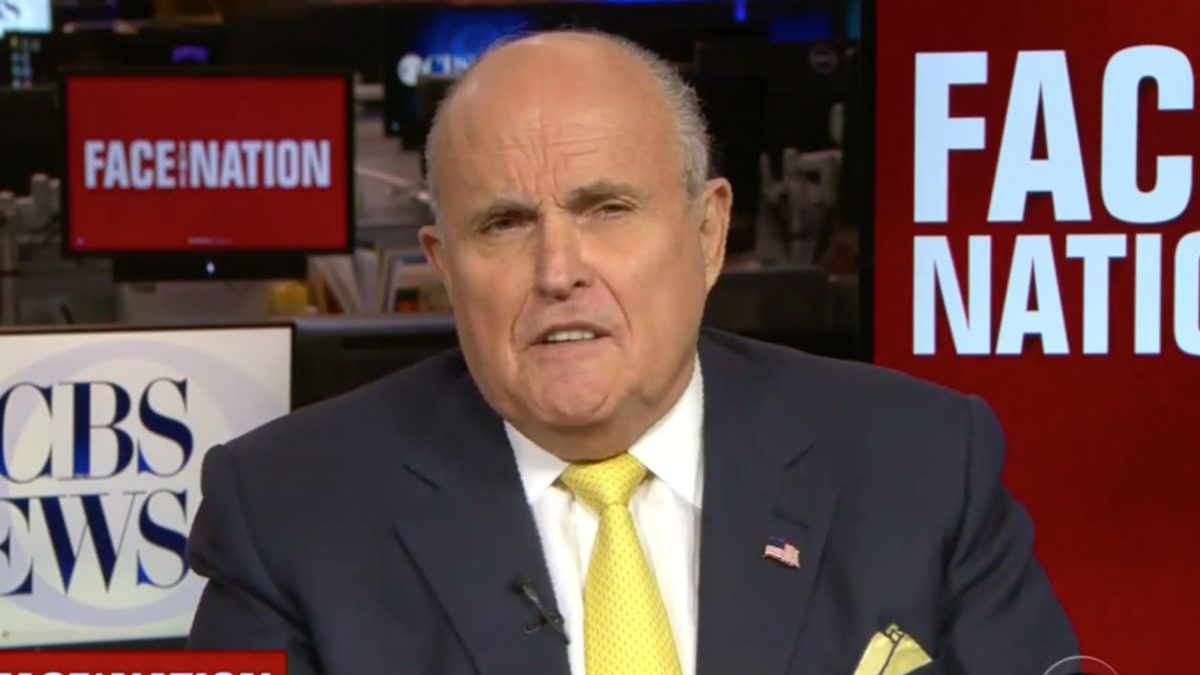 Rudy Giuliani‘s media blitz has been, well, confusing for many.

Vanity Fair‘s Gabriel Sherman has a new report out on how the antics from President Donald Trump‘s lawyer are being received in the White House.

Giuliani has been all over the place in past few days, saying collusion’s not a crime and that there was a second planning meeting before the Trump Tower meeting, something we didn’t know before Giuliani disclosed it and that he later denied ever took place.

Ir probably won’t come as a surprise to you that John Kelly in particular isn’t happy with Giuliani’s media tour, but per one outside advisor, “Don McGahn hates Rudy with intensity of 1,000 burning suns.”

As for Trump himself, well…

The appearances have attracted the wrong kind of notice. “Trump thinks he’s saying too much,” one Republican close to the White House told me. Another Trumpworld figure elucidated: “Trump likes that Rudy is a fighter. He knows there’s a give and take. The give is Rudy is going to fight for him. The take is that you’re going to get some crazy, too.”

Afterwards, however, Trump still joked about how long he would last:

Also, after Trump tweeted congratulations to John Kelly yesterday, Trump joked to aides, "Now can I get rid of him?" according to 2 sources familiar with the remark https://t.co/HkNQ11llNr

There’s reporting today that Kelly plans to stay on through 2020 at Trump’s request.