When Will President Obama And Mitt Romney Talk About Foreign Policy?

When Will President Obama And Mitt Romney Talk About Foreign Policy? 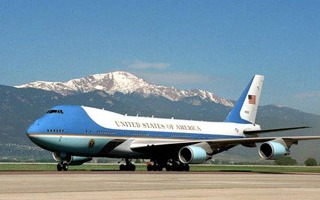 Though the candidates and the media seem to have forgotten, a presidential election is about more than the economy. November’s contest will also decide who will protect and represent the United States as commander-in-chief. With the election 104 days away, it’s high time the contenders for that power outline specifically what they would do with it.

Despite daily (often grim) headlines out of places like Kabul, Aleppo, Beijing, and Foggy Bottom, foreign policy has been a virtual non-issue in this presidential campaign. It has been cast aside just as gun control, education and other standard issues of past elections have failed to grab national headlines. Instead, the candidates (with help from the media) have given their nearly undivided attention to the economy. But lost in the one-track focus on job creation, GDP growth and whether or not “you” actually built “that” is a host of international concerns that continue to pass the campaign by without legitimate debate.

Between the candidates’ records (or lack thereof) on foreign affairs and the nation’s pressing economic difficulties, it is understandable that foreign policy has gotten lost in the shuffle this time around. Republicans are usually strong on foreign policy, but President Barack Obama‘s seemingly hawkish successes have frustrated the GOP attempts to paint him as a ‘weak liberal’. At the same time, former Gov. Mitt Romney suffers from the lack of foreign policy experience that plagues most state executives in a presidential run. Rather than critique the president’s foreign policy record, Romney compensates by talking about what he claims to understand: the economy, job creation, and how to be a successful chief executive.

It is a reliable gear for Romney to stay in: Rebuilding a strong economy in the wake of the Great Recession is the most obvious challenge for the next president, and Americans tell pollsters that the economy is foremost on their minds. In addition to being concerned about their economic future, voters are likely still fatigued from four election cycles (2002 through 2008) that were heavily focused on foreign policy.

But as the American media focus on jobs numbers and tax returns, the world spins on unconcerned with our political theater. With Gov. Romney abroad this week, perhaps we will begin to hear a dialog from the candidates and the press about a few of the nation’s most pressing challenges abroad. The War in Afghanistan, our policy towards China, and our relationship with Israel would be good places to start:

The United States is still at war in Afghanistan, but the candidates rarely discuss their long-term plans for the conflict. President Obama has stated that American combat troops will draw down into a “support role” in the summer of 2013, beginning the conclusion of one of the longest wars in American history. But since a May 1st speech in Kabul outlined the plan, the details of a stable drawdown feel absent from his vision for a second term. Gov. Romney’s foreign policy advisor found herself under criticism when she declined to clarify the governor’s hazy support for the president’s timetable because real Americans prefer to talk about the economy. Meanwhile, unreal Americans still patiently await more specifics from a man who could well become commander-in-chief.

Though the wars in Iraq and Afghanistan were major drivers of the debt and deficit that Gov. Romney wants to reduce, he seems less than interested in the details of how we will end this conflict and manage others of its kind moving forward. A primer on Romney foreign policy released by the Associated Press says that “Afghan President Hamid Karzai would be pressed harder to crack down on corruption, fight the drug trade and advance democracy.” Despite the lofty goals, Afghanistan merited only three paragraphs in Romney’s speech at the VFW conference on Monday.

It would be nice to hear more from both candidates on how they will safely and effectively withdraw our resources from this major conflict before anyone thinks about casting a ballot. To forget that this is still a ‘wartime’ election is a great mistake.

The next president will have to manage our relationship with an ever-rising China, but we hear few substantive ideas from either candidate about how he would do so. China was discussed during the Republican primary campaign, but mostly in an economic context. Gov. Romney earned himself a hardline reputation on Chinese currency manipulation during the debates, and since then President Obama has since jockeyed to boost his Toughest On China credentials. But as a Georgetown professor put it in a recent Businessweek article, “[W]henever someone goes from campaigning to governing, the realities of engaging China forces moderation. Despite the economic difficulties here and the deindustrialization in important swing states, neither party has really gone to the mat once they’re in office.” The question of how we will actually navigate the dance that is US-China relations in the short and long-term goes undiscussed in favor of the best campaign line.

President Obama could draw on an Asia record that is far deeper than the usual skirmish with Gov. Romney over “trade fairness” would lead on. One of the lesser-known initiatives of the Obama first term has been, as Ryan Lizza describes it, an attempt to recalibrate ourselves towards a “post-post-9/11 foreign-policy vision” that focuses less on terrorism and more on counterbalancing the rise of China. The President has traveled extensively and made strategic military choices in the region, such as placing Marines in Australia, but the campaign seems unable to sell diplomatic successes to almost anyone beyond the Foreign Policy set.

A senior diplomat told Lizza that “If we get China wrong, in thirty years that’s the only thing anyone will remember.” Why then do we not hear more from the president about his administration’s work in the region, and why doesn’t he challenge Mr. Romney to publicly outline similar details for an Asia policy?

Finally, the U.S. relationship with Israel is arguably the most complex partnership a president manages. Though nowadays it is discussed mostly in the context of American electoral politics: “What does a Democratic stumble in special congressional election with a large Jewish voter population say about the President’s standing with American Jews? Can Mitt Romney narrow the president’s advantage among Jewish voters in Florida?” These are suitable questions for a media-campaign complex so caught up in its own horserace that it loses sight of the issue’s true gravity in world affairs. But a more substantive discussion might, for instance, consider Gov. Romney’s decades long personal relationship with Israeli Prime Minister Benjamin Netanyahu. They are both right-leaning figures who are perhaps even more hawkish than President Obama on problems like a nuclear Iran. The media could ask “how far might these two old friends be willing to go together to stop Iranian nuclear aggression?” The subtleties of that friendship hold more direct consequence for peace in the world than a candidate’s electoral forecast.

Election Day may be little more than 100 days away, and we likely won’t hear too much about these issues until then, but the world does not wait for U.S. politics to play itself out. Regardless of whether this campaign cycle acknowledges it, the next president will find himself in a whirlwind of important decisions to make and vital strategies to execute. Vote wisely.