‘White Hispanic’ And The Nuances Of Race In Media 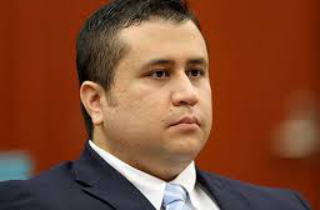 As a native Texan, I have witnessed the changing demographics of America as the number of Hispanics/Latinos dramatically increased in the Lone Star state.

And for years it was appalling to see America struggle with this, trying to define individuals who hailed from multiple countries and lumping them into one category: Hispanic.

All of this has been rekindled with the George Zimmerman shooting of Trayvon Martin, and the discussion in the media as to whether or not Zimmerman is a white Hispanic or if the term even exists.

This week on CNN’s morning show, New Day, former speaker of the House and CNN contributor Newt Gingrich offered his opinion on the Zimmerman verdict, and chose to lambast the New York Times for creating the term “white Hispanic.”

As he was talking, no one chose to correct him on his falsehood, and I was yelling at the TV, “Newt! There are white Hispanics!”

A couple of days later, I read Mediaite.com, and they had a story about another fierce debate on CNN that featured Bob Thompson, a white comedian; Mo Ivory, a black female radio talk show host; and another black male talker, Joe Hicks.

Thompson went off the rails over the term white Hispanic, and blasted the usage: “We keep categorizing this as a black/white issue, and that’s the problem. A term was invented for this case—’White Hispanic.’ That never existed before this case.”

It took Ivory to correct him on his wrong assumption.

I’m half-Hispanic and half-black. I’ve heard the term ‘White Hispanic’ my entire life,” Ivory said. “Bob, just the fact that you’ve never heard that shows what a limited space you’re living your life in…because that is not a new term.

CNN isn’t the only network where this debate has taken place. But what is troubling is that instead of dealing with facts, we continue to allow debates where they are unnecessary.

When I was with CNN last year, we had a brown bag lunch discussion about the Trayvon Martin case led by the head of standards and practices, Rick Davis. It was a monthly meeting where folks in Atlanta, Washington, DC, New York and other bureaus could come together via a conference call and discuss our coverage on a particular story.

This day the issue of white Hispanic came up. It was the biggest topic because everyone in the media was debating whether white Hispanics exist. I was in a New York conference room sitting next to Mark Whitaker, then Executive Vice President and managing editor for CNN Worldwide.

As I listened to this discussion of folks saying why we shouldn’t use the term on the air and that there was no such thing, I was shaking my head, hoping someone else would speak up. I finally got tired of the direction of the discussion and chimed in, telling all that as a native Texan, I had heard Hispanics/Latinos refer to themselves as such for decades.

The call went silent for a moment.

It was such a revelatory moment because here we were discussing a term, debating whether to use it on the air, and one of our own colleagues confirmed what I had long known: white Hispanics exist.

That’s why I was so angry listening to Gingrich and the other debate on CNN, because as members of the media, we do a disservice to the public when we allow ignorance of other cultures to happen and not correct them.

Instead of having a debate on the air over whether white Hispanics exists, why not actually book white Hispanics and experts in the area to educate the viewer on the differences between various Spanish speaking cultures? Why not having a teachable moment to explore the differences, instead of letting folks who have no idea what they are talking about run off at the mouth?

When I took to social media to discuss this, many of my followers commented on their experiences with white Hispanics, and a number of them said they consider themselves to be the same. It wasn’t a mean-spirited discussion. It was a great back-and-forth from folks who follow me around the world, sharing their personal knowledge on what is supposedly a controversial issue.

If there is no such term “white Hispanics,” please tell the folks over at the U.S. Census, which released a press release titled, “2010 Census Shows White Population Growth Fueled by Hispanics.”

How easy was it for me to find this? I went to Google, typed in “White Hispanics and Census,” and it was the second item that came up.

But this isn’t a 21st century issue.

From 1955 to 1972, Roberto Clemente starred in Major League Baseball, a career that culminated in his induction into the Hall of Fame. While playing for the Pittsburgh Pirates, he had to deal with this issue because he was Black Latino. A dark-skinned Puerto Rican, he had to face racial bigotry from whites, and anger from African Americans who felt he should embrace the Civil Rights Movement.

Minnie Minoso, who was a dark-skinned Cuban, faced the same dilemma. Neither saw themselves as African-American; they identified with their respective countries. But one was called a Black Latino, the other a Black Cuban.

Now, if there is a Black Latino and a Black Cuban, surely that means there is an opposite of that, right? So would someone else be a white Latino or a white Cuban?

As members of the media, we must understand that when we say Hispanic/Latino, which can include folks from many countries: Cuba, Puerto Rico, Mexico, Chile, Dominican Republic and Peru, where Zimmerman’s mom is from.

By the way, I’m sure some will object to me calling Obama’s dad a Black Kenyan, but that’s what he is. There are whites that are native Kenyans too.

We are truly a diverse nation. Let’s stop thinking everyone can be placed in the archaic boxes of white, Black and Hispanic.

As members of the media, our job should be to educate and inform. Not allow cultural ignorance to thrive all in the name of a good debate. Let’s book guests who can shed light, explain, teach, and beat back racial ignorance with undeniable facts.

— —
Roland S. Martin spent six years a contributor at CNN. He is host and managing editor of TV One Cable Network’s morning show, “News One Now,” set to debut in September. He’s also a senior analyst for Tom Morning Show and a syndicated columnist with Creators Syndicate.