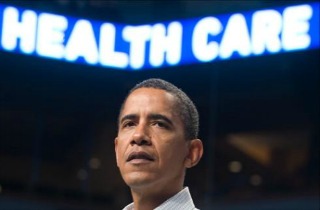 CBS News has caught the White House in an outright lie. It’s a lie that administration officials stood by and disseminated through the media. Stated more clearly, the White House used many credulous members of the media to misinform the public. Now, after having been made fools of by their Democratic allies in the executive branch, one might be excused for expecting the press to push back against their abusers forcefully. Instead, the race is on to make excuses for the embattled White House.

According to the results of an investigation by CBS News, the White House did have accurate enrollment figures – and they were disastrous: Six enrollees on day one. A total of 248 by day two. The program needs 39,000 enrollees per day to meet their goal of seven million by the end of the open enrollment period. According to one widely-sourced unofficial enrollment tracker, there have no even been 39,000 enrollees after the first month.

“We don’t have that data,” said White House Press Sec. Jay Carney on October 3 when asked if the administration had any “hard enrollment numbers” to share with the public. No ambiguity. No dancing around the issue. The data simply did not exist.

“We do not have any reliable data around enrollment, which is why we haven’t given it to date,” Health and Human Services Sec. Kathleen Sebelius said in testimony before Congress, under oath, when asked if the White House had enrollment figures. Of course, the “reliable” modifier will handily absolve the secretary of any criminal culpability, but what was an obvious falsehood at the time has at least been exposed for what it was.

The press’s reaction to their having been used so egregiously and their credibility damaged so irreparably? It’s hard to tell because there is almost no reaction — indignation or otherwise — being expressed by the members of the misled media. In fact, one senses a note of commiseration with the White House. Of course they had to lie. What else were they supposed to do? Share this embarrassing data with the public?

In fact, two falsehoods surrounding the ACA’s roll-out have recently been exposed for what they were. Aside from the program’s dismal enrollment figures, there is the far more odious falsehood that no one would be forced out of their health insurance plans. This was an untruth stated repeatedly over the course of nearly 5 years by almost every administration official, including the president himself. Already, some members of the press are eagerly excusing this lie as merely a communications failure.

“This fall, thousands of Americans are learning that they can’t keep their insurance policies next year because the coverage doesn’t meet the standards set in the 2010 healthcare law,” read an editorial in Friday’s Los Angeles Times. “The only alternative for many will be more comprehensive policies at a higher price. The cancellations have caused a new wave of outrage against the law and President Obama, who repeatedly pledged that ‘if you like your healthcare plan, you can keep it.’”

“Obama clearly overpromised — not everyone can keep the plans they’ve signed up for since the new law passed,” the editorial continued… “Overpromised,” is not even a word, according to Mirriam-Webster.

In fact, Hot Air’s Mary Katherine Hamm has assembled a handy list of euphemisms Democrats and the media are using to describe the president’s lie without labeling it what it is. Is there a more apt metaphor for how the press has reacted to the cascade of falsehoods after they have been exposed by events?

The press is so disinclined to call out the White House on a “lie” that they would prefer to contort the English language in order to not have to acknowledge this inconvenient fact.