Why Ani DiFranco Is Right and Black People Are Wrong
Slideshow

Why Ani DiFranco Is Right and Black People Are Wrong 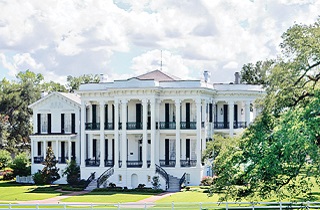 In a frenzy of high velocity bitterness and misplaced outrage, black people have completely ruined Ani DiFranco‘s plan to meditate on the horrors of slavery with fellow artists, and then had the gall to criticize her heartfelt apology for triggering their hate. This rush to judgment obviously results from a combination of ignorance about the racist origins of our entire country’s infrastructure, and a failure to actually check out the Nottoway Plantation, site of the now-canceled “Righteous Retreat.”

DiFranco’s apology was lengthy, but basically boiled down to two points: although she didn’t know, at first, that the retreat would be held at a plantation, the site seemed like a great way to “meditate on what has happened and absorb some of the reverberating pain” of its history.

More on that in a minute, because her second point explains why she canceled the event, instead of just moving or rescheduling it. See, every place in the world has been touched by slavery, or something just as bad, so how can you hold an event anywhere, when a “building in the French Quarter which was the seat of the former slaveholder government” (but has now been reclaimed as a music school for the underprivileged) is almost exactly the same thing as a slave Plantation that has been reclaimed as a resort celebrating the “glory days” of a “historic plantation” that calls itself “The White Castle of Louisiana.”

Instead, DiFranco canceled the whole thing, including a field trip to that music school, The Roots of Music. Thanks, black people!

The event was scheduled for June, though, so maybe there’s time for this thing to be salvaged. To DiFranco’s first point, maybe if all of these high velocity haters took a deep breath and actually gave Nottoway Plantation a chance, they would forget 12 Years a Slave, and see that the real way to walk with the ghosts of slavery is to visit this place: