Why Ex- ‘Stoner’ David Brooks Is All Wrong About Weed

Why Ex- ‘Stoner’ David Brooks Is All Wrong About Weed 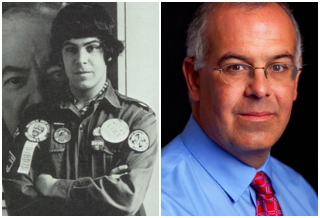 David Brooks wants you to know that he smoked marijuana in high school. That’s the major takeaway from the conservative New York Times columnist’s Friday morning op-ed, titled “Weed: Been There. Done That.” And while there are plenty of jokes to be made about Brooks’ admission, there’s also something sincerely dangerous and misguided about the point he’s trying to make.

Brooks explains that, despite “moments of uninhibited frolic,” he and his friends all “aged out” of pot as they grew up. He attributes the shift to a series of factors:

1. “Because we each had had a few embarrassing incidents.” (ie. having to gave a presentation in English class after smoking during lunch)

2. “Because one member of our clique became a full-on stoner.” (He explains vaguely that “something sad” happened to the guy who may have been the “smartest of us.”)

3. “Most of us developed higher pleasures.” (ie. running track, falling in love)

4. “We had a vague sense that smoking weed was not exactly something you were proud of yourself for.” (This might just be the paranoia.)

Overall, Brooks’ mostly positive experience smoking pot in high school before giving it up to become The New York Times’ David Brooks taught him that “being stoned is not a particularly uplifting form of pleasure and should be discouraged more than encouraged.” This brings him (and us) to the recent legalization of recreational marijuana use in Colorado and Washington.

By legalizing weed, Brooks warns that those states will cause prices to fall and therefore “produce more users.” Not one to “shy away” from talking about the “moral status of drug use,” Brooks calls for a government that “subtly encourages the highest pleasures, like enjoying the arts or being in nature, and discourages lesser pleasures, like being stoned.”

Is that what America’s drug laws have been doing all these years? “Subtly encouraging” people not to smoke marijuana? There’s nothing “subtle” about police arresting more people for marijuana possession than they are for violent crime. Especially when African-Americans are almost four times more likely to be arrested for marijuana even though they use the drug at similar rates as everyone else.

By bravely outing himself as a former pot smoker, Brooks is taking advantage of the permissive attitudes about marijuana that helped legalize it in Colorado and Washington and decriminalize it in states like Massachusetts and California. But by using that admission to turn around and say that marijuana should remain illegal, he’s essentially disproving his own point. If you’re a white, privileged kid like Brooks, you can smoke marijuana in high school and still grow up to write columns for The New York Times. If not, good luck.

There are far too many disproportionally minority kids who want to have the same “fond” and “silly” memories that Brooks has but risk being thrown in prison for doing so. What states like Colorado and Washington are trying to do is move this country beyond the point where engaging in relatively harmless behavior can ruin the rest of your life. Maybe if Brooks’ pot smoking had made him “more creative,” as he regretfully admits it did not, he would be able to see the bigger picture and understand that.

Note: If you’re looking for more on this story, I highly recommend this brilliantly written, almost definitely satirical piece by Gary Greenberg, who outs himself as the one member of Brooks’ high school “clique” who “became a full-on stoner.”