Why Is the Conservative Media So Unwilling to Admit That Carson Has a Brian Williams Problem? 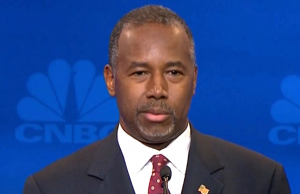 The conservative media’s defense of Ben Carson and his obvious “Brian Williams Problem” is simply embarrassing and further proof that their goals are not victory, but popularity and profit.

Before I establish that my thesis is correct, let me make a few things clear. I have greater disdain for the news media than anyone and I have the battle scars to show I also have enormous “street cred” on the “liberal bias” issue. I am also a very ardent conservative (with a libertarian bent) so I am no wimpy “RINO.” I have contempt for the conservative “establishment” and have taken them on numerous times, so I can’t be accused of being their stooge. Finally, I have dealt directly with virtually every member of the conservative media “elite” and know many of them (and their true motivations) personally.

Now, in a remotely rational world, the last few days should have effectively ended Ben Carson’s presidential campaign. A man whose entire argument is based on his amazing (too incredible, really) biography has been revealed to have, at best, exaggerated and possibly fabricated important elements of that narrative. But instead of having his conservative support collapse, the conservative media (led by Limbaugh, Hannity, Levin, Drudge, Breitbart, etc) has mostly rallied to his side or remained strangely silent, and Carson says he has raised over $3.5 million because of the attacks from the obviously biased liberal mainstream media.

Now, it is very important to note that I 100% agree with Carson that if similar allegations were made about President Obama’s biography (they have been, but about far more substantive issues) that the mainstream media would totally ignore them or, if that didn’t work, label them racist. As my documentary Media Malpractice: How Obama Got Elected concluded, if Obama’s highly suspect life narrative had faced the same level of scrutiny as Carson is facing in the mainstream press, Hillary Clinton would have already been elected president in 2008.

There is absolutely no doubt that Carson is being treated very differently because he is a conservative and even more so because he is black (and therefore a threat to the media’s entire worldview). The media’s standards for engagement are simply far tougher on conservatives than on liberals. This is just not debatable, but those are the “rules” which the news media has created.

However, Carson can be treated very unfairly by the press and still also be a fraud. These two possibilities are hardly mutually exclusive. In fact, I believe the evidence strongly suggests that they are both simultaneously true.

Let’s first look at the ‘West Point” allegation. Carson caught a huge break that this was the first one to get really significant media coverage because it is the weakest known example of him fibbing about his background and because Politico badly overplayed their hand.

I believe that Carson’s surgeon ego and lack of understanding of (or respect for) the arduous application process at West Point allowed him to create a convenient exaggeration in his life narrative. Alone this would not be a very big deal (especially considering the whoppers that Hillary Clinton has told about being under attack and being named for people who weren’t famous yet when she was born), but if they are part of a larger “Brian Williams Problem,” they are deadly to a conservative with a media bullseye on their back.

However, because Politico’s “fabrication” headline was so absurd that it had to be corrected, Carson and his allies in the conservative media have been able to turn this into a “Media Malpractice” issue. This not only has created an instinctive “rally around the attacked” effect (something which was sorely missing for Sarah Palin in 2008), but it has automatically cast all of the other stories exposing suspicious elements of the Carson narrative into a nefarious “left wing conspiracy” light, at least among his many supporters.

This is particularly fortunate (at least temporarily) for Carson because it seems far more obvious that the “Magic Belt Buckle” and “Most Honest Man at Yale” stories are almost certainly purposely exaggerated, if not completely made up.

There are many reasons why I don’t believe either of these tales is true. First, neither one remotely passes the “smell test.”

How does a belt buckle break a knife under Carson’s attack scenario and, if it did, how come that part is totally left out of the movie about his life on which he was a consultant? Why does Carson’s relationship to this person (“Bob”) change through different tellings and why hasn’t “Bob” come forward to verify Caron’s version?

As for the Yale story, the Wall Street Journal could find no verification of it, but that doesn’t necessarily mean it’s false. Except that in this case not only does the story make very little sense (how does Carson’s telling of it even have anything to do with “honesty”?) but it is now a major news story and yet not one of 150 people from that Yale class are still alive, paying attention to the news, and willing to come forward to verify it?

To me these stories all fit a pattern very similar to, though slightly different from, the one we all saw with Brian Williams. The dissimilarity is that Carson’s suspect stories all seem to have a feel of being “biblical” in nature in that they don’t even seem intended to be taken literally, but rather as parables designed to build the narrative of a man whose life has been touched directly by God.

Ironically, this element will help strengthen some of his support, even while slowly scaring away some other, less religious, sects of conservatism.

The final reason that I am confident that Carson has fudged his biography is that he basically told us so at the last debate. When asked to cite his greatest weakness, Carson cryptically said that it was never thinking he would run for president until late in his life when the public told him that he should. This is perfectly consistent with a candidate who knows that his past claims (which he never would have made had he known he was going to get this much scrutiny) are a ticking time bomb. It may even be why he weirdly decided to take time from the campaign trail to go on a book tour instead of focusing on a campaign he suspects is doomed.

What will happen from here? More stories of Carson’s exaggerations will trickle out and his fans, aided by the conservative media telling them that this is all the left’s attempt to destroy a dangerous conservative black man, will ignore reality until there is no other choice. This “Brian Williams Virus” will not kill Carson’s campaign immediately and it may never destroy it completely. But he is never going to president and it is nearly impossible to see how he gets the Republican nomination.

The only question left is whether he hangs around long enough to help another conservative media favorite who has no business being the nominee, Donald Trump, storm to victory at the GOP convention, before handing the presidency to Hillary Clinton.

John Ziegler is a documentary filmmaker and a nationally-syndicated radio talk show host. You can follow him on Twitter @ZigManFreud