Why the Mainstream Media Missed the Story of the Election
Opinion

Why the Mainstream Media Missed the Story of the Election 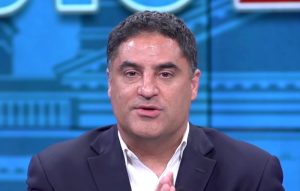 I have a confession – it was really hard to get Bernie Sanders on our show during the primaries. Now that should have been really easy – The Young Turks were by far the most supportive media network for his candidacy. We have a giant audience of young progressives. It’s a layup! So, why was it so hard?

Well, here is the uncomfortable truth, the people who were running his campaign – as well as almost everyone else in politics and media – don’t consume news in the same way as the audience does. The Sanders team would check The New York Times first and foremost and then go on to the other major papers and then cable news. Very few people under the age of 65 do it that way. Almost no one under 35 does.

Now, let me tell you something you will find shocking and is almost certainly true — Hillary Clinton lost the election because she didn’t come on our show. If you’re in the mainstream media, you will probably find that comment laughable and utterly preposterous. That’s because you have the habits of a 65 year old. You watch cable news – the median viewer of CNN is 61 years old, MSNBC is 63 years old and Fox News is 68 years old. The median age of a Bill O’Reilly viewer is 72 years old. He is doing a show out of a senior citizens center and everyone in the NY/DC media thinks his every utterance is paramount and must be dissected for how it will affect the American populace.

With TYT Network 80 million monthly viewers if Hillary Clinton reached out to them, you’re telling me she couldn’t have swung 39,000 votes?!

Remember, the election was decided by 78,000 votes in Michigan, Wisconsin and Pennsylvania. A 39,000 vote swing and she wins. To be fair, almost everything cost her the election. Was it the fake news or Russia or Comey or us? The answer is yes, it was all of them. Mainly, it was the completely out of touch campaign she ran, but up against the most unpopular candidate in US history, all she needed to do was win over a couple of extra votes. But she wouldn’t do it.

Now, there are several different reasons she didn’t come on The Young Turks. One, we didn’t play ball – and if you think they weren’t watching to see how favorable their coverage was on each outlet and then apportioning interviews (and ads!) on that basis, you didn’t know her campaign at all. She would go on Fox News but not a progressive outlet like ours because she expected unquestioning loyalty out of the left – because she was entitled to it! Two, she didn’t want to bother explaining herself to progressives because they were supposed to vote for her! But mainly, it was reason number three – she and her team couldn’t fathom that 80 million people watch an online show.

Also, to be fair, not all of those people watch at the same time. So, when Sen. Sanders came on TYT only six million people watched! For her, it probably would have been double. But who has time to reach out to tens of millions of progressive voters? Especially when your head is stuck in old media.

I guarantee you that if you had asked any Clinton staffer who has a larger audience – Rush Limbaugh or TYT – they would have answered Limbaugh to a person. When in reality that contest is not even close. So, why did the mainstream media not see this historic upset in the election coming? That’s because they run in the same circles as these political campaigns. They’re all so obsessed with who is going to be on cable news that night and what story the Washington Post is going to run the next morning. Almost no one reads those papers. And the very old watch cable news. It’s fair to say that the very old also vote more than the young – that’s true. But how much can your campaign saturate the 65 year old crowd? It was an act of sheer, audacious negligence to not do a substantive interview on a social media outlet that actually reaches younger voters in the way they consume news.

And the rest of the media still don’t get it. They’re still running after cable news programs. They still have no real connection to the majority of the audience. How did The Young Turks know it was going to be a close election? I must have said a thousand times on air that was it going to be “razor thin” and that Trump had a real chance of winning. In fact, that’s what I predicted on ABC’s This Week right after the Democratic National Convention when Clinton was riding high. That’s because we had a much better connection to the overall audience (we literally have tens of thousands of comments on our videos every single day).

We sensed a populist rage long before anyone else. In fact, one of our viewers recently pointed out a video I made in 2013 where I said Bernie Sanders could beat Hillary Clinton. We feel the anger and frustration of the country on a daily basis. But if you watch the million dollar anchors on TV they keep wondering what all the fuss is about because life is grand for them and everyone they know. So, if you watch cable news, you’d think the American people love the status quo, when in reality they hate it.

So, as long as the rest of the media keep consuming the news straight out of the establishment pipeline of TV and the large papers, they will have a pretty good beat on the geriatric crowd and how much Viagra they need. But they will continue to be clueless as to what most Americans actually think.