Why Would Anyone Think Candidate ‘Deez Nuts’ Is a Real Person? 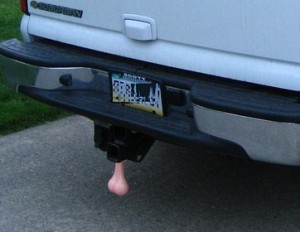 On Wednesday, Independent presidential candidate Deez Nuts exploded all over the polls in North Carolina, which caused a subsequent explosion of Internet virality.

That’s because The Daily Beast tracked down and interviewed Brady Olson, the 15-year-old Iowan farmer who filed FEC paperwork back in July. We covered the fresh young candidate’s rise from mediocrity when it first broke, thanks to the website Reddit.

TDB’s story was mostly about Olson, the how’s and why’s of his FEC filing, and the shenanigans — quantitative and otherwise — behind Nuts’s polling numbers in North Carolina. Yet it began rather weirdly…

To borrow a much-beloved, teacher-disapproved phrase from middle school, “No sh*t, Sherlock.” Even if, as the article points out, “dozens of real Deez Nutses or Deez Nutzes do live as citizens in the United States of America with legally changed names,” the supposed reality (or lack thereof) of this particular candidate seems a weird point to focus on.

Maybe my rapidly-developing, Clint Eastwood-esque, GET-OFF-MY-DIGITAL-LAWN sentiment is showing too much, but why is this even necessary? Yes, Nuts isn’t an actual person, but who ever thought he or she (or however he/she chooses to identify his/herself) was a real candidate?

The answer is no one. Nobody thought Deez Nuts was a bona fide, honest-to-almighty-WASP-Jesus-Christ human being seeking the presidency of the United States. As inconsistent as this might seem with the generally cynical opinions of most political pundits, no one who’s registered to vote is truly that stupid.

So what’s the impetus for starting these pieces with the he’s-actually-not-real-shtick? Simply put, it’s a way by which to explain the very fact that a registered candidate named Deez Nuts exists, and that upwards of 9% of North Carolinians thought he’d be fun to see in a race against Donald Trump and Hillary Clinton.

It shouldn’t be that surprising. After all, we’re talking about the same voting public who prefers a megalomaniacal New York businessman who said he’d whine until he wins, a former First Lady and Secretary of State with a penchant for misplacing emails, and a self-pronounced socialist candidate who’s asked questions about his hair — if he’s ever asked anything at all.

Hell, many of us are probably willing to jump on recently viral band wagons and vote for a dog for mayor of Schenectady, N.Y. Or, as Olson points out in his TBD interview, a cat named Limberbutt McCubbins. Hence why and how Deez Nuts came into existence.

So let’s all just sit back, relax and enjoy the elongated dick joke that is Nuts’s faux candidacy for the 2016 presidential campaign.