Wikileaks Releases Largest Document Dump In History, And No One In America Cares 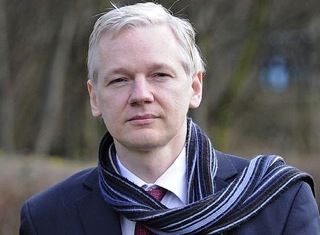 If Wikileaks began as a mission to enter history for releasing the largest number of sensitive federal documents in history, it may have achieved that this week, at the cost of their own reputations and, potentially, a number of lives. The group released the entirety of its U.S. dispatch archive suspected to have been delivered to them by current military prisoner Bradley Manning— a release that was prompted by a Guardian editor publishing the password to an encrypted file holding some of the documents in his book, and threatens to put many lives across the world in danger.

The story behind the dangerous leak is a complex he-said, she-said beginning with two of Wikileaks’ most high-profile public wars: against former Julian Assange right-hand man Daniel Domscheit-Berg and the editors of The Guardian. After one of the latter, investigations editor David Leigh, published a password in his book on Assange and Wikileaks, the latter accused him of putting the files in peril, to which The Guardian responded that the location of the files rendered the password useless until someone put the files online, such that the password was “a meaningless piece of information to anyone except the person(s) who created the database.” It didn’t take long for whoever is bored enough under house arrest to spend all day on Twitter the keeper of the Wikileaks Twitter account to call The Guardian a “disgrace,” and went a bit further in an official statement:

In its statement, WikiLeaks took credit for helping to spark the Arab Spring with its publication, in partnership with the French newspaper Le Monde, of scathing cables from the U.S. ambassador to Tunisia about the now deposed Tunsian President Zine el Abidin Ben Ali and his family. It also said its quick publication of cables revealing Egyptian Vice President Omar Suleiman’s ties to the CIA helped scuttle the possibility he would replace deposed President Hosni Mubarak.

Now that the entire file dump is online and Wikileaks is on board with the release, that title and other colorful variations are applying more to the whole ordeal than just The Guardian, which has also now reported that Australia may arrest the already-arrested Assange over the ordeal. Over at Salon, vocal Wikileaks supporter Glenn Greenwald has declared the leak “a disaster from every angle;” Wikileaks collaborator Der Spiegel preferred to deem it a “catastrophe.” It’s not hard to see why. Both Wikileaks and The Guardian are implicated in a mess that has a high probability of costing lives, the former justifying to its opponents their reputation for being reckless and untrustworthy; the latter doing the same for its shrewdness and callousness to their same.

For all intents and purposes, a breach of this magnitude would have been A1 above the fold at almost every media outlet last year, when Assange was being considered for Time‘s Person of the Year distinction and the ongoing Bradley Manning saga made it routinely into primetime. But this time around, the media seems surprisingly mum at the firestorm, at least domestically. Many will argue that the blame for this rests with the media itself for paying attention to other matters, or simply being overwhelmed by the sheer magnitude of 250,000 diplomatic cables to weed through. It would be more accurate, however, to place the responsibility on the head of the operation, Assange– not just for completely losing control of his own files and organization, but for failing to adapt to the rapidly evolving American media climate in a way that would have added permanence to his importance and, thus, that of his files.

The sort of readers that have followed Wikileaks’ work closely enough to have read much of their raw material as it was released are not those to whom Assange, had he an astute media strategy, should have catered. It is the average American news consumer that could potentially drive this story, for which a barrage of raw material, no matter how jarring, is not attractive enough a bauble in mid-2011 as it was when carefully curated for them during the comparatively tranquil news world of early 2010.

“Collateral Murder,” the video depicting American troops shooting down at a group of Iraqi insurgents (and killing a Reuters photographer), was released in April 2010– a month during which the biggest news topic would become the BP Oil Spill and becoming fluent in the political topics of the time required significantly less time and effort than it would today. Those who follow politics religiously may have a hard time comprehending this, but for the average American that has their home, family, job (or lack thereof), hobbies and interests to balance, keeping up with a presidential primary that requires the memorization of dozens of names and an overwhelming number of policy choices demands a level of dedication and concentration absent from American politics since, well, the last primary season– and even that one began much sooner, and whittled down to two candidates before things got overwhelming for the mainstream.

The new market was simply far less saturated at the peak of Wikileaks’ influence than it is today, and Assange has not adapted his operation to the new, far more competitive climate. Couple the presidential race with economic woes, natural disasters, revolutions the world over, and every transparently meaningless lovers’ spat the President and House Speaker John Boehner choose to torture Americans with, and Julian Assange starts looking more and more like the Sarah Palin of news cycle topics: he waited so long on giving Americans what he had to offer that Americans no longer have time to bother.