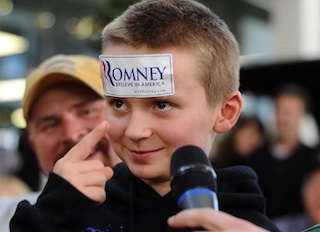 While President Obama crushed John McCain 68 percent to 32 percent among young voters in 2008, should he start getting worried about millennials turning their backs on him in 2012?

According to a new poll by the Public Religion Research Institute and the Georgetown University’s Berkley Center for Religion, Peace and World Affairs, Obama only holds a paltry seven point lead over a generic Republican candidate.

In March, Romney slammed Obama’s monopoly over younger voters, saying “I don’t see how anyone who is a young person could vote for a Democrat, I’m going to be honest with you.”

The National Review‘s Nathaniel Botwinick observed that with younger voters becoming more supportive of abortion rights and gay marriage, Republicans should focus primarily on “economic issues in order to secure the millennial vote.”