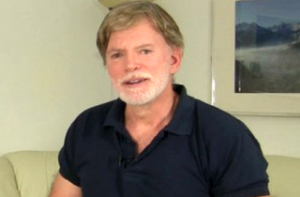 It seems that Donald Trump‘s detractors are so blind to the real threats facing America that, by comparing the mogul to Adolph Hitler, they are inadvertently shining a light on how much good that German demagogue actually did.

Former KKK leader and Trump supporter David Duke said as much, arguing that comparisons between the GOP frontrunner and Nazism could likely “rehabilitate” Hitler’s image, by drawing attention to all the good the Führer did fighting communism.

The truth is, by the way, they might be rehabilitating that fellow with the mustache back there in Germany, because I saw a commercial against Donald Trump, a really vicious commercial, comparing what Donald Trump said about preserving America and making America great again to Hitler in Germany preserving Germany and making Germany great again and free again and not beholden to these Communists on one side, politically who were trying to destroy their land and their freedom, and the Jewish capitalists on the other, who were ripping off the nation through the banking system.

Duke elaborated by drawing direct likenesses between the “Jewish capitalists,” who were “ripping off” Germany and modern day American boogeymen like Goldman Sachs and Bernie Sanders.