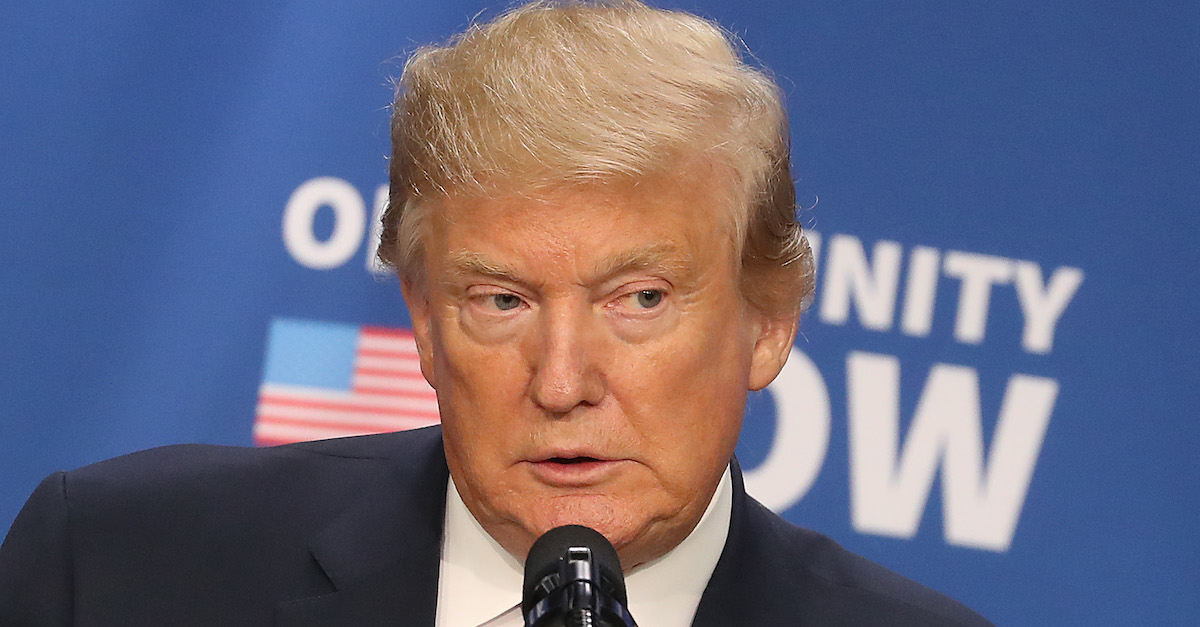 Whenever a large and complicated news story hits, one of the things you can be most confident about is that, inevitably, very significant elements will be lost in the tidal wave of media coverage. The Trump-Russia saga is particularly well designed to enable this phenomenon, and there is no doubt, despite the enormous amounts of focus the story has demanded over the past two years, that several important aspects of it have largely fallen through the cracks.

While watching the outrageous crap show that was Attorney General Bill Barr’s disgraceful Senate testimony Wednesday, it occurred to me that two really significant parts of this narrative were hanging over the proceedings like ghosts that either can’t be seen or, oddly, no one bothers to mention. Here is my small attempt to draw at least a little bit of attention to them.

How Have We Forgotten About Trump Tower Moscow?!

Nearly the entire basis for Bill Barr’s dubious argument that President Donald Trump should not be charged with obstruction of justice is that there was no finding of an underlying crime, and Trump therefore rightly thought of himself as the victim of this unwarranted investigation, thus somehow making his contemptible actions legally ambiguous. But even Barr admits that sometimes legitimate obstruction can occur when the goal is to hide damaging information which may not be technically illegal.

The most relevant example of this theory is that Bill Clinton was successfully impeached — though not removed — for acts of perjury and obstruction of justice which occurred during his attempt to conceal his affair with Monica Lewinsky from Paula Jones, who was suing him in civil court for sexual harassment. Consequently, you could argue that Clinton’s obstruction of that investigation had no underlying crime at the heart of it.

So, since there was no “collusion” (actually reading Mueller’s report makes that conclusion difficult to reach), why was Trump attempting to obstruct so blatantly, and why did he think that he was “fucked” when Mueller was named special counsel? Well, there are several plausible answers to this critical and yet under-considered question, but one of the most obvious has not received nearly enough scrutiny and, remarkably, most of the general public knows nothing about the subject.

I’m referring here to the stupefying fact that Trump spent most, if not all, of the 2016 campaign using his presidential run as leverage in an attempt to fulfill his longtime dream of building a Trump Tower in Moscow, while blatantly lying about it all along the way. Then, once he became president, his personal lawyer, Michael Cohen, somehow knew precisely how to lie to Congress about the project by saying that it ended just before the 2016 primaries began.

I realize as much as anyone that Trump has totally desensitized us, making what was once unthinkably outrageous behavior seem like not that big of deal. But no matter how you slice it, THAT is a major scandal. However, the bizarre, piecemeal fashion in which we learned of this bombshell has, just as I predicted, taken all of the sting out of it, creating the misperception that this disgrace wasn’t something worth covering up.

Rudy Giuliani, either through insanity, genius, or some combination, was somehow able to get the news media to think that the Moscow Tower story has already been adjudicated, when in reality very few Americans have even heard about it. So by the time it was finally 100% confirmed in the Mueller Report (though there is still some mystery about exactly when the highly inappropriate project was officially disbanded), the very key Moscow Tower episode has barely been mentioned among the avalanche of other information in the report.

I believe that protecting his Republican supporters from knowing about this dastardly enterprise was at the heart of why Trump feared a full-fledged Russia investigation. Just because the news media has botched this story, and Trump himself underestimated what kind of deceit his “Cult 45” and state-run media would be willing to accept from him, doesn’t change what was quite rationally in Trump’s mind while the investigation was back in its initial stages.

I have never thought that firing of then FBI Director James Comey was, in itself, obstruction of justice. However, his firing DID make Trump’s statements to Comey about “loyalty” and going easy on then National Security Advisor Mike Flynn “obstruction” because is revealed his mindset when he was making those highly inappropriate comments.

Similarly, when Trump fired then Attorney General Jeff Sessions (an extremely critical moment in this saga which the news media completely ignored because it occurred on the day after Democrats won the midterm elections) it was not necessarily an act of obstruction of justice.

Now that we know, however, that before Trump fired Sessions Deputy Attorney General Rod Rosenstein had expressed his loyalty to the president, and that the man who ultimately replaced Sessions, Barr, has taken numerous very questionable measures, including his refusal to testify before a Democratic committee, to mute Mueller’s report on Trump’s behalf, the Sessions firing must now be seen in a very different context.

It is now clear that once Trump felt Rosenstein was neutered and no longer a threat, he could safely fire Sessions (which, remarkably, much like he did with Comey, Trump publicly admitted was provoked by the Russia investigation), and then hire Barr just in time to sabotage the Mueller Report before it could ever get air born, at least within conservative circles.

While Mueller could not have known all of this before his report was completed (and, based on his remarkable “snitty” letter to Barr, Mueller may have been quite shocked when he realized that there had effectively been a coup at DOJ), a compelling case can now be made that the firing of Jeff Sessions may have been the most determinative and, ultimately successful, act of obstruction undertaken by the president.