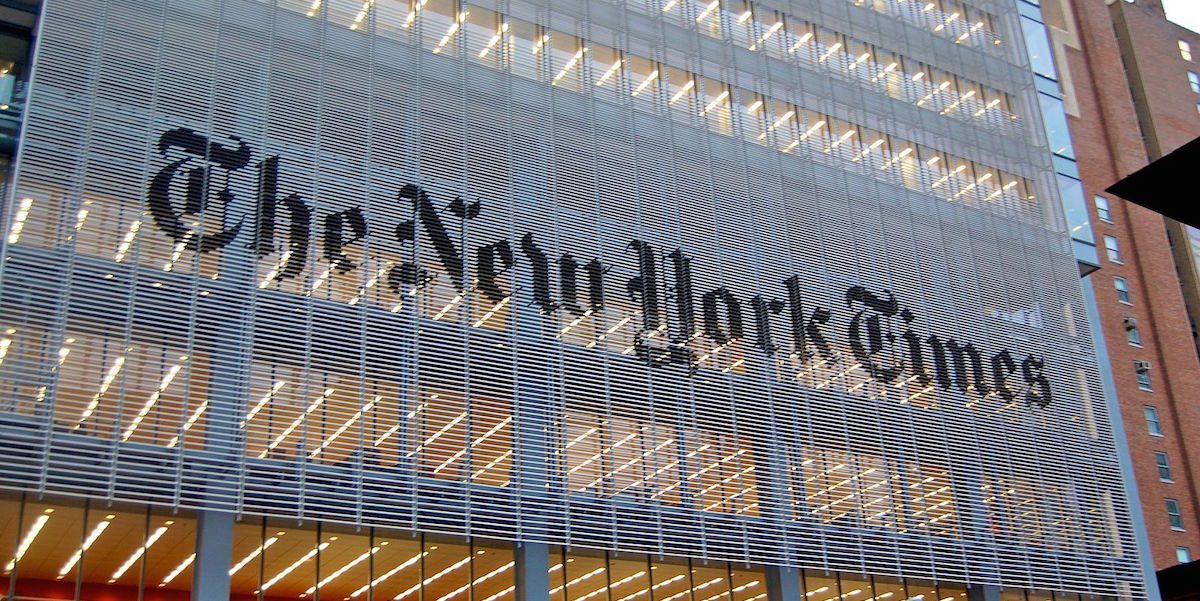 The New York Times has called out Fox News for the way in which many on-air hosts and anchors reported comments made by Annie Karni out of context.

In a statement given to CNN’s Oliver Darcy, a NY Times spokesperson said, “This is yet another clear example of a bad-faith attack on a journalist. Our reporter’s comments were taken out of context. While Fox didn’t start the harassment campaign against our reporter, they willfully amplified it.”

Karni appeared on CNN over the weekend to report on the 60th Birthday Party held by former President Barack Obama. She broke the story that the controversial party — which originally was planned for 500 guests and 200 servers — had been significantly scaled back due to concerns surrounding the delta variant of Covid-19 and a recent spike in infections.

Jim Acosta asked Karni during a weekend appearance what residents of Martha’s Vineyard thought about the Obama party and the controversy that followed.

Karni opened by reminding CNN viewers, “Well, first of all, to be clear, this party is outdoors. All the guests had to submit negative covid tests to a Covid coordinator and were encouraged to be vaccinated. They were not required to be vaccinated,” adding, “But most of this crowd is assumed to be vaccinated. So they are following all CDC precautions.”

Karni then spoke about “the feeling on the island” and shared “mixed things” with people she had interviewed. Some people were “upset that there was going to be hundreds of people traveling from across the country, showing up on the island, a small community of summer residents who are nervous about getting together at all.”

But she also quoted “other people who thought the controversy was really being overblown. They’re following all the safety precautions. People are going to sporting events that are bigger than this. This is going to be safe. This is a sophisticated, vaccinated crowd. This is just about optics; it’s not about safety.”

Here is that clip, with full context, from CNN:

Karni’s reporting that some Martha Vineyard residents thought that Obama and his party-goers were a “sophisticated, vaccinated” crowd, however, was taken out of context, first in a clip that was deceptively edited and shared on Twitter, but then picked up by numerous on-air talent on Fox News throughout much of Monday’s news and opinion programming. According to a search of transcript database TVeyes, the Karni comment was discussed 24 times on Fox News in the past 24 hours. However, many times, it was taken completely out of context.

Take, for example, how news anchor Bill Hemmer presented the story for the news program America’s Newsroom. He introduced the segment by first playing the clip of Karni and Acosta but only played the portion of the segment in which she said, “Going to be safe. This is a sophisticated, vaccinated crowd. This is just about optics; it’s not about safety.”

Except it isn’t because Hemmer — and Greenwald — completely misrepresented what Karni said. Fox News contributor Joe Concha followed Hemmer’s misrepresentation by adding, “Well, let’s be clear: The New York Times reporter there, her name is Annie Karni, she said she was simply sharing the sentiment of one Martha’s Vineyard resident from the story who said the whole thing was overblown.”

You can watch that interview here:

Hemmer’s presentation is just one example of the misinformation provided on Fox News about this. To be fair, several Fox News personalities like Harris Faulkner presented the context of Karni’s comment correctly, only for panelists to then focus on “sophisticated” in hackneyed takes from opinion hosts like Will Cain, who effectively called out the “rules for thee and not for me” style hypocrisy on display.

But as Karni mentioned in her hit with Acosta, there was nothing about Obama’s 60th birthday bash that ignored CDC guidance. Martha’s Vineyard is currently a “hot spot,” but the CDC only requires an indoor mask as per its guidelines. And while one could argue that party-goers inside a tent outdoors isn’t as safe as an open-air setting, nothing about Obama’s party flouted any Covid mitigation guidelines. That didn’t keep Fox News personalities from making political attacks, even if they were out of context or factually false.

Mediaite reached out to Fox News for comment and will update this post if and when they respond.