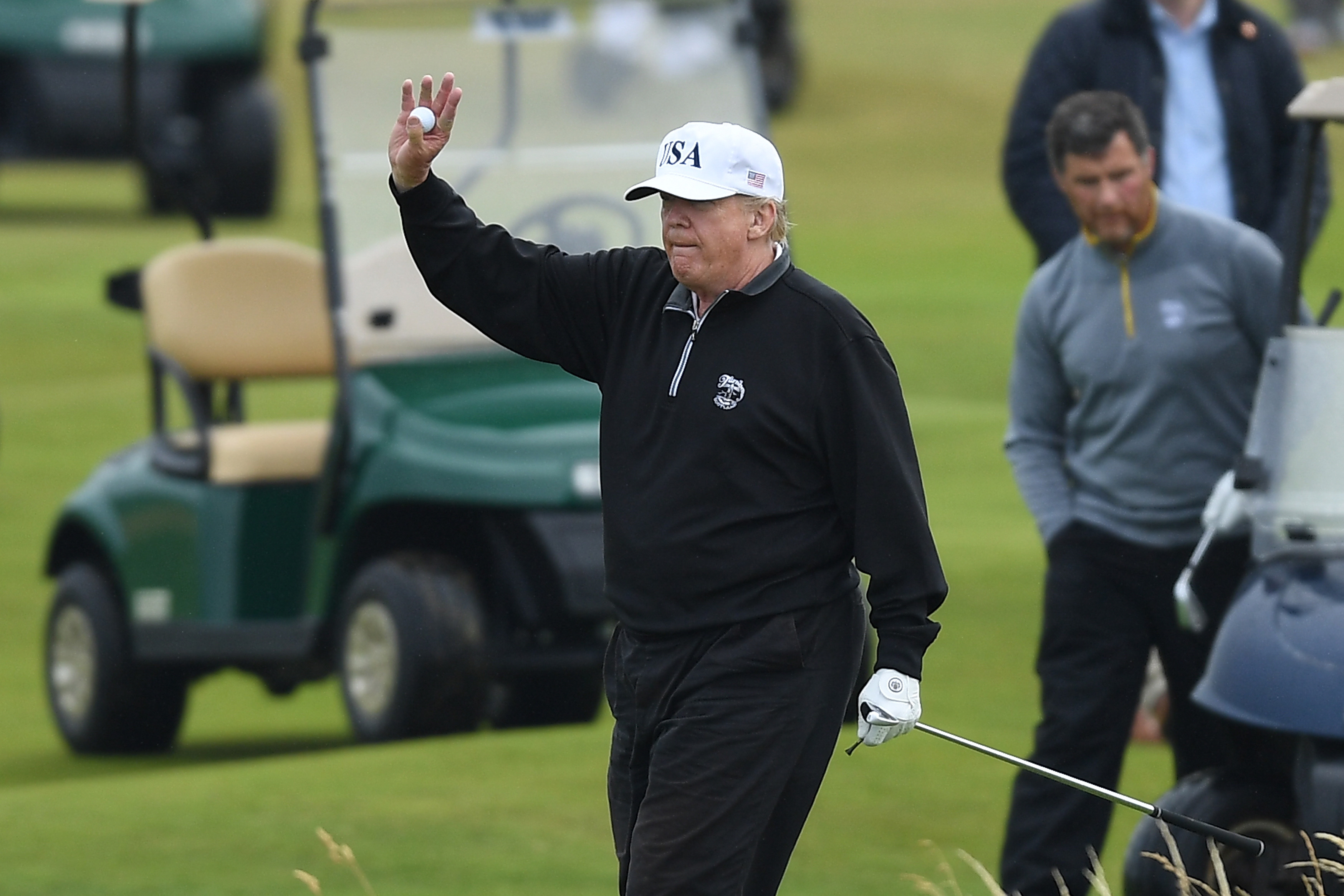 As a huge fan of golf and a tournament player myself, Donald Trump’s golf course purchases have always been of special interest. I once lived only a couple of miles from his course here in Southern California, have spent lots of time at his Doral course in Miami , and visited his Doonbeg club in Ireland multiple times.

But, for several reasons, it was always his obtaining of Turnberry in Scotland (the subject of intense news reporting this week), which has been most fascinating. Primarily because Turnberry, one of the most famous courses in the world and, until Trump bought it in 2014, part of the British Open rotation, was way out of Trump’s “league” at the time.

Trump’s modus operandi with golf courses was to buy very distressed properties via loans and with relatively little cash. But Turnberry, one of the most historical venues in golf, while not doing great financially, was still a legitimate jewel, and the acquisition required, by his normal standards, an enormous amount of cash from Trump.

I recall having a strong gut reaction at the time that something seemed amiss about the deal. It was kind of like when you see a unattractive guy you know isn’t that rich suddenly start to date a woman who is much more beautiful than his past girlfriends.
“How the heck did THAT happen?!”

The first “red flag” about the Turnberry acquisition, the large pile of cash required from Trump, was weird at the time, but, in retrospect, is downright inexplicable. This happened well into 2014 when Trump obviously knew he was going to be running for president in a year and would therefore need a significant stash of cash on hand if he wanted to be competitive (even he couldn’t have known that the news media would readily provide him with literally billions of dollars in free advertising).

Trump, who is nowhere nearly as rich as he claims, has admitted that very little of his holdings are in cash, so spending so much of what he had on Turnberry, just before running for president, makes absolutely no sense. It is like if a hiker getting ready for a long and arduous journey had decided to use up most of their water supply on some flowers on the way (here is where Trump’s perceived lack of intelligence actually benefits him because people are too quick to dismiss suspect behavior as just him being really dumb).

While there has been some media questioning of where Trump somehow got the cash to buy a prestigious property like Turnberry, there has never been enough attention paid to this topic, or a remotely satisfying answer. The Trump team has strongly denied speculation, which has been based in some legitimate reporting from the golf world, that it was Russian money which provided the ability for Trump to obtain Turnberry.

The news media also seemed very lacking in curiosity and skepticism in 2016 when, fresh off having won the GOP nomination, Trump made his first foreign visit as a candidate to … Turnberry. Even when Trump then held a bizarre press conference there which seemed much more like an infomercial for the golf resort than it was the first foreign visit of a presidential nominee.

But the reason Turnberry is in the news now has as much to do with the nearby Prestwick Airport as it does with the actual golf course and hotel. It turns out that the United States military has been using the tiny and struggling airport for refueling (this practice began in the Obama administration but has significantly increased under Trump), with military personnel then staying at Turnberry, apparently at a discount.

Both the airport and Trump’s resort, each in financial distress, have made at least some profit from this super cozy relationship and the Air Force is now investigating the matter. At the very least, this is all an obvious conflict of interest, but one which should not be totally “new” news.

Trump and his organization have been extremely public about their partnership between Turnberry and the airport in Prestwick, as each sees the other’s survival as important to their own existence. They even released a joint press statement to this effect in late 2014.

Having a potential president of the United States be financial partners with a foreign airport of some strategic importance caused absolutely no alarm bells to go off in the U.S. media. However, in the U.K. media the prospect did immediately cause legitimate questions to be asked back in early 2016 about the odd arrangement.

It appears that the only reason this finally became news here in the United States is that the House Oversight Committee has been investigating the situation for months. This timeline should also cause renewed scrutiny on why Trump suddenly began very publicly attacking the head of that committee, Elijah Cummings, soon after he privately started asking our military currently unanswered questions about the topic.

In a sense, the entire Turnberry mystery is systematic of the larger reality of how difficult it is to cover Trump properly in this modern era. News staffs are too small, the sheer number of potential Trump scandals are just too great for all the bases to be sufficiently covered, and the full scope of Trump’s audacity makes it still difficult for the media to properly process the magnitude of mayhem of which he is capable.

For those who haven’t figured it out yet, the answer to that final challenge should only be limited by the most corrupt and vivid of imaginations.