Liberals Are Partly to Blame for Trump's Racism Strategy
Opinion 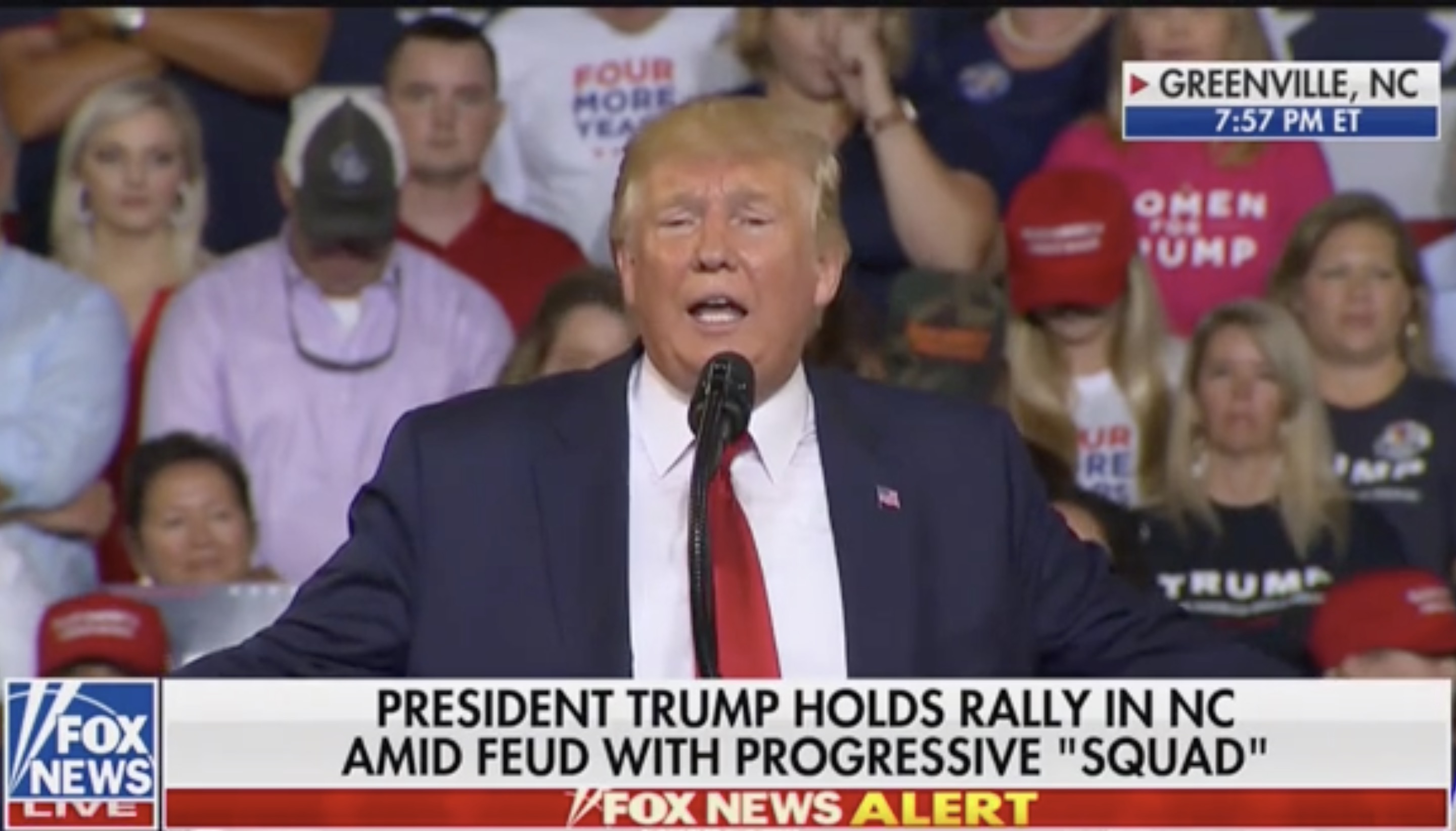 Thanks to outrageous recent events, including racist words from both President Donald Trump and his cult-like crowds, many in the news media are finally starting to catch on that there is a very real, and possibly successful, political strategy at work here. Now it is time for many of the same people on the left, including Democrats in power, to understand what role they have played in helping to make this dastardly scheme viable.

Yes, the Republican base, along with a cowardly GOP leadership terrified of criticizing Trump and facing the wrath of his cult, is primarily to blame for allowing the sowing of racial divisions to be an overt political plan. I was one of many conservatives who mistakenly defended those supporters for years, not believing that racism was a major factor in their opposition to liberalism (in retrospect, Hillary Clinton may have understated it when she referred to them as “deplorables”).

It is incredibly important to understand, however, the circumstances which have allowed this dirtiest form of politics to gain so much traction on the right. While some of Trump’s strongest supporters are obviously racists in their hearts, there is another large segment of Republican voters — who are white — who, not without some genuine reasons, feel a very real sense that they are under attack and vulnerable to being relegated to second-class citizenship.

Some of this is simply raw tribalism, no different from any other group of people who share commonalities instinctively binding together when they sense a threat from outside forces. But a lot of this feeling of anxiety has been created by an overzealous desire on the part of the news media and Democrats to overcorrect for past racial wrongs, most of which were not committed by any of the white people who now feel as if they are being punished for those old sins.

I am fully aware that most liberals will think such white angst is a Fox News-created fantasy. In their world, the deck is still stacked against people of color in this country and “white privilege” (which, if it exists, is actually badly misinterpreted “rich privilege”) is still very much a corrosive force on our culture.

The massive divide in the way that liberals and Trump fans see the state of racial inequality is essentially a self-fulfilling prophecy. Each side has created narratives in this realm that have nothing in common. The news media, full of liberal white people terrified of saying anything that might be seen as remotely racially insensitive — the surest path to unemployment — have, mostly unwittingly, helped to foster the fears of those whites who aren’t rich urban-dwellers.

The proof of this is that the alternative racial narrative usually isn’t even allowed to be discussed, at least not fairly, in the mainstream media, which only creates more distrust of the fourth estate among the people who were then very prone to buying into Trump’s manufactured “Fake News!” message of manipulation. But just because the media ignores this view of reality doesn’t mean that it doesn’t exist, or isn’t at least somewhat legitimate.

In the view of many of these whites, the deck is stacked against them, especially if they happen to be male and not rich. They look at the way the news media and Democrats have reacted to all sorts of racially-related topics over the years and they see everything through a very different prism.

To them, O.J. Simpson is proof the judicial system is not rigged against blacks, Colin Kaepernick is a fraud, Serena Williams is no heroine, Jussie Smollett would be in prison if he was straight and white, Trayvon Martin beat the crap out of George Zimmerman before being shot, “Hands up, don’t shoot” never really happened in Ferguson, the Los Angeles riots and the aftermath of Katrina were portrayed in ways to protect very bad behavior from being criticized, and electing Barack Obama as president twice, with the news media blowing a hurricane wind at his back, did absolutely nothing to end the constant claims of racial inequality against black people, and the occasional demonization of whites.

Meanwhile, the media and left allowed even John McCain and Mitt Romney (as well as many others who didn’t deserve it) to be called racist, Condoleezza Rice and Clarence Thomas are treated with disdain despite being potential black icons, our Founding Fathers and other historical figures are being “cancelled” partly because they were white males, liberals have only increased their calls for affirmative action and slavery reparations, and one of the leading white Democratic presidential candidates has spent much of her career pretending to be a Native American.

They see a world where Democrats are supporting illegal immigrants who are literally replacing American flags with the Mexican ones, where transgender athletes are being allowed to unfairly dominate female sports, where the only people you can safely joke about in public are white males, where a desire for superficial equality of racial outcomes has now far surpassed the goal of equality of opportunity for all races, and where even when it comes to commemorating one of the greatest moments of our nation’s history it seems the major media is obsessed with diminishing it because it was made possible mostly by white males.

None of this excuses the disgraceful and dangerous behavior of Trump and his fans, but it should serve to help explain why this hasn’t hurt the president politically and may very well help him. Taking all of this out of the theoretical and into the practical, while Trump is pushing all of the left’s racial buttons, it would seem unlikely that Democrats would retain the discipline to nominate an old white male like Joe Biden, who just happens to be the candidate who Trump fears most.

Liberal virtue-signaling probably feels good to those who engage in it, but the silent backlash it can create among those who don’t see things the same way may allow the bad guys to keep winning.