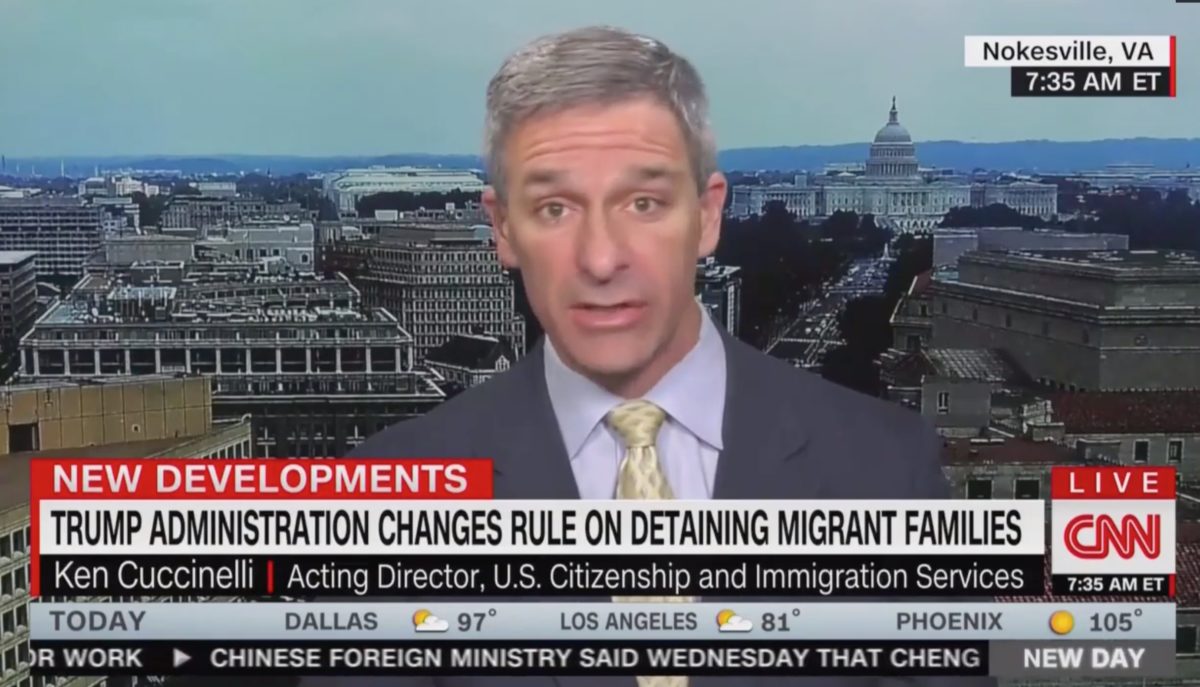 Acting Deputy Homeland Secretary Secretary Ken Cuccinelli is under fire for his now-deleted Twitter claims about the citizenship of the suspected New York Chanukah party stabber.

Cuccinelli linked to a New York Times article about the stabbing on Monday while asserting that the man accused of wounding five people was “the US Citizen son of an illegal alien who got amnesty under the 1986 amnesty law for illegal immigrants.” The Times article doesn’t say anything about the citizenship of the stabber or his family, and Cuccinelli has taken down his tweet.

Cuccinelli has not posted a reason for the deletion, but right now, there’s no clear indication as to whether his claim about the suspect’s family is correct, nor is it clear where he got his information. The Trump official is being criticized by many for making a groundless claim about the attack in order to score political points against illegal immigration.

Ken Cuccinelli also has an audience of one, and his name is Stephen Miller.

Having discovered that the attacker is a schizophrenic US citizen, the US Administration nevertheless decides to use the incident to inflame hatred of immigrants. Absolutely disgusting. https://t.co/1UVWTLt04j

This is fucking gross. https://t.co/AFU44SKzoh

I refer you to the recent xenophobic remarks by Cuccinelli

This is a horrifying attack, and clarifying that a Trump official is criticizing a bipartisan immigration law signed by President Ronald Reagan, a Republican. ? https://t.co/OcLnnWfFTD

So Cuccinelli is blaming Reagan for an attack on a rabbi’s home in 2019?