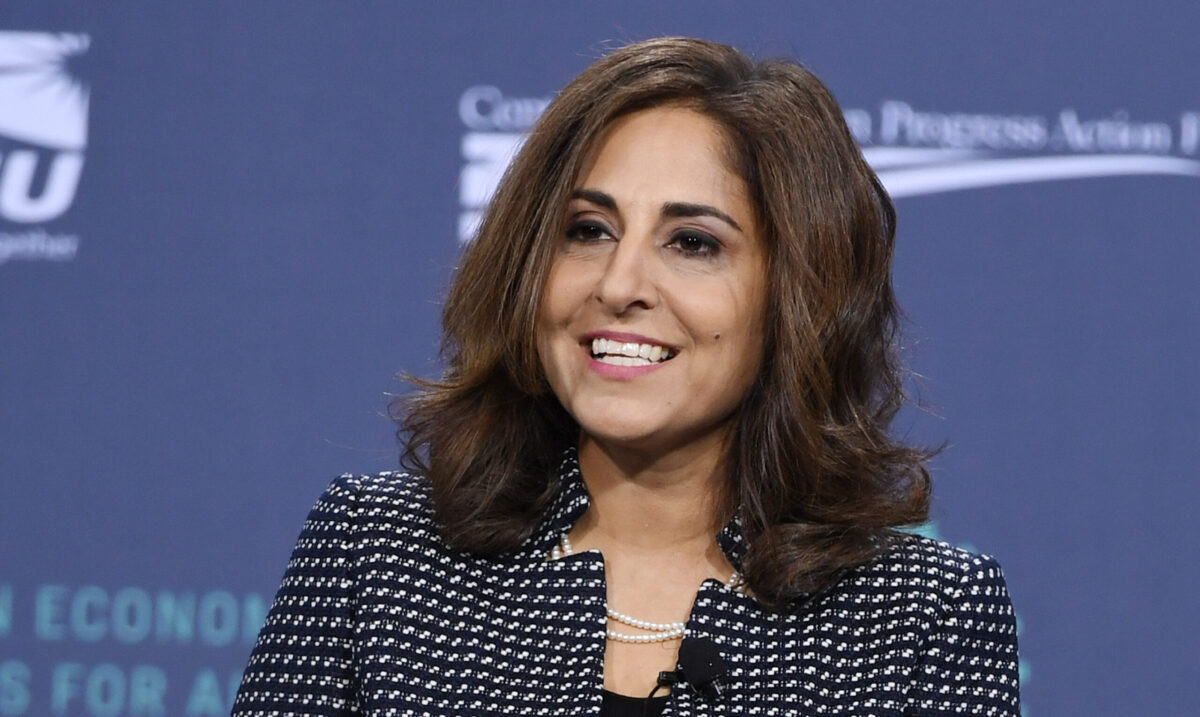 Neera Tanden, the Center for American Progress president who was recently selected by Joe Biden to serve in his upcoming presidential administration, promoted past conspiracy theories about the integrity of election results in 2016.

While President Donald Trump is currently under fire for questioning the 2020 presidential election results, Tanden has a history of making similar comments.

“In the weeks after Trump’s victory, Tanden joined numerous Democrats in encouraging electors of the Electoral College to ignore their states’ votes and refuse to elect Trump as President,” wrote journalist Glenn Greenwald on Monday, adding that she repeatedly claimed Hillary Clinton “only lost because Russian hackers invaded the U.S. voting system and clandestinely changed Hillary’s votes to Trump’s, costing the real winner — Hillary — her rightful place on the throne.”

After Trump tweeted in January 2017 that “Intelligence stated very strongly there was absolutely no evidence that hacking affected the election results,” and that voting machines were “not touched,” Tanden responded, “Why does he lie about this? Because he knows people have intuitive sense Russians did enough damage to affect more than 70k votes in 3 states.”

Why does he lie about this?Because he knows people have intuitive sense Russians did enough damage to affect more than 70k votes in 3 states https://t.co/VFiptUz6gV

In response to a report that the FBI claimed “Russian hackers” had “accessed Florida voter info,” Tanden also tweeted, “Why would hackers hack in unless they could change election results? What’s the point?” — insinuating that the 2016 election results had been hacked and changed in Trump’s favor.

How can Democrats and allied media outlets credibly oppose unhinged conspiracy theories and attacks on U.S. election legitimacy while empowering its worst purveyors such as Tanden? pic.twitter.com/d6i7HhUc0p

Tanden’s 2016 comments are eerily similar to the controversial allegations currently being made by Trump about the 2020 election and are just one of the many controversies — including physically attacking a journalist — that are resurfacing now that Biden has picked Tanden for his Director of the Office of Management and Budget.