Interview With Joe Walsh: If Trump is the Republican Nominee, 2020 Will Be a ‘Blood Bath’ for the GOP 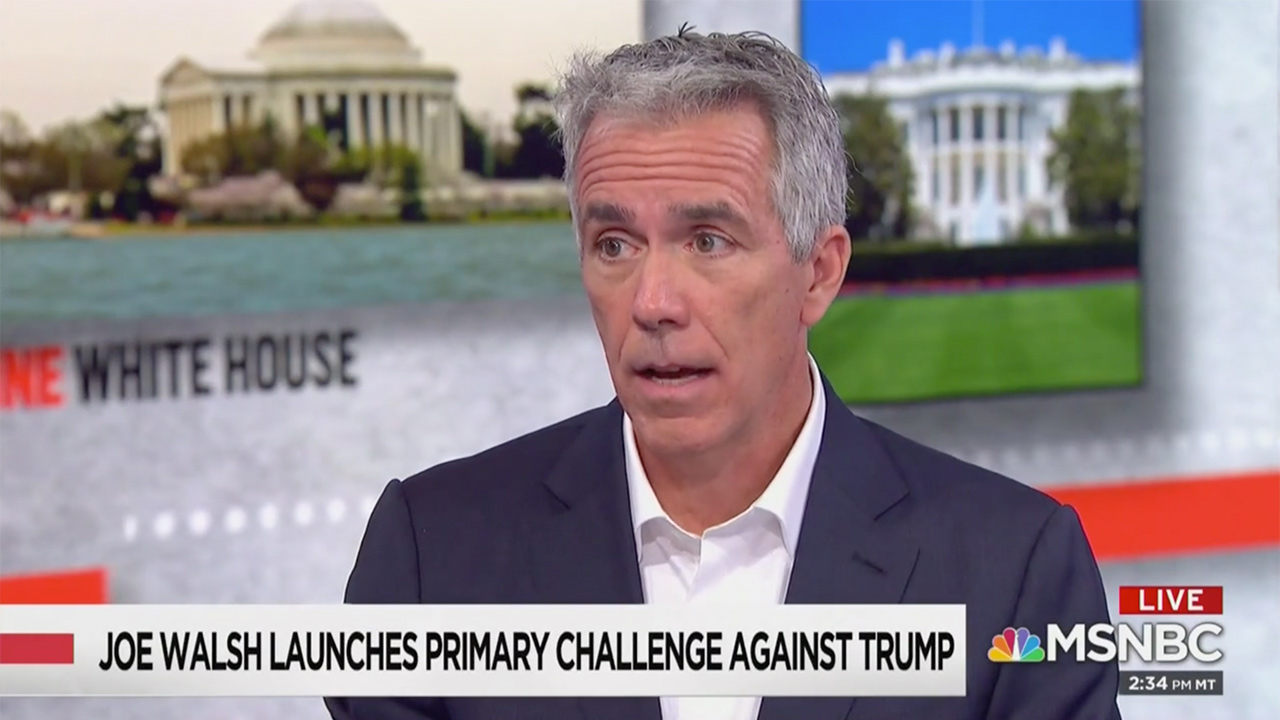 Just over a week ago, former Republican congressman and nationally-syndicated radio host Joe Walsh announced that he is running for the 2020 GOP presidential nomination against President Donald Trump. Sunday, I did an extensive, 45-minute, interview with Walsh for my podcast about the Trump presidency.

For the purposes of full disclosure, Joe and I are friends and we discussed, rather extensively, his plans for his candidacy well before he publicly announced. We even talked, informally, about me working for his campaign in an official position, but we never agreed to actually do that.

Part of why that didn’t happen is that Walsh suddenly made communication, at least with me, nearly impossible just before and after declaring his candidacy. Frankly, this was infuriating, especially since there were several aspects of his launch which could have used the counsel of a conservative “Never Trump” colleague like me.

A few days ago, we finally spoke and hashed things out. Walsh, to his credit, apologized for how he handled being overwhelmed by the media chaos surrounding his announcement, and we agreed that he should come on the podcast to clear the air and get into detail about the real nature of his long-shot run against Trump.

The result was an extremely candid and enlightening discussion about a myriad of topics. Here are some of the highlights.

Here are the two primary links where you can listen to the entire, rather unique, interview.