NBC Town Hall Voter May Have Loved Trump’s ‘Great Smile’ — But She’s Voting For Biden: The President ‘Steps in it Every Time He Opens His Mouth’ 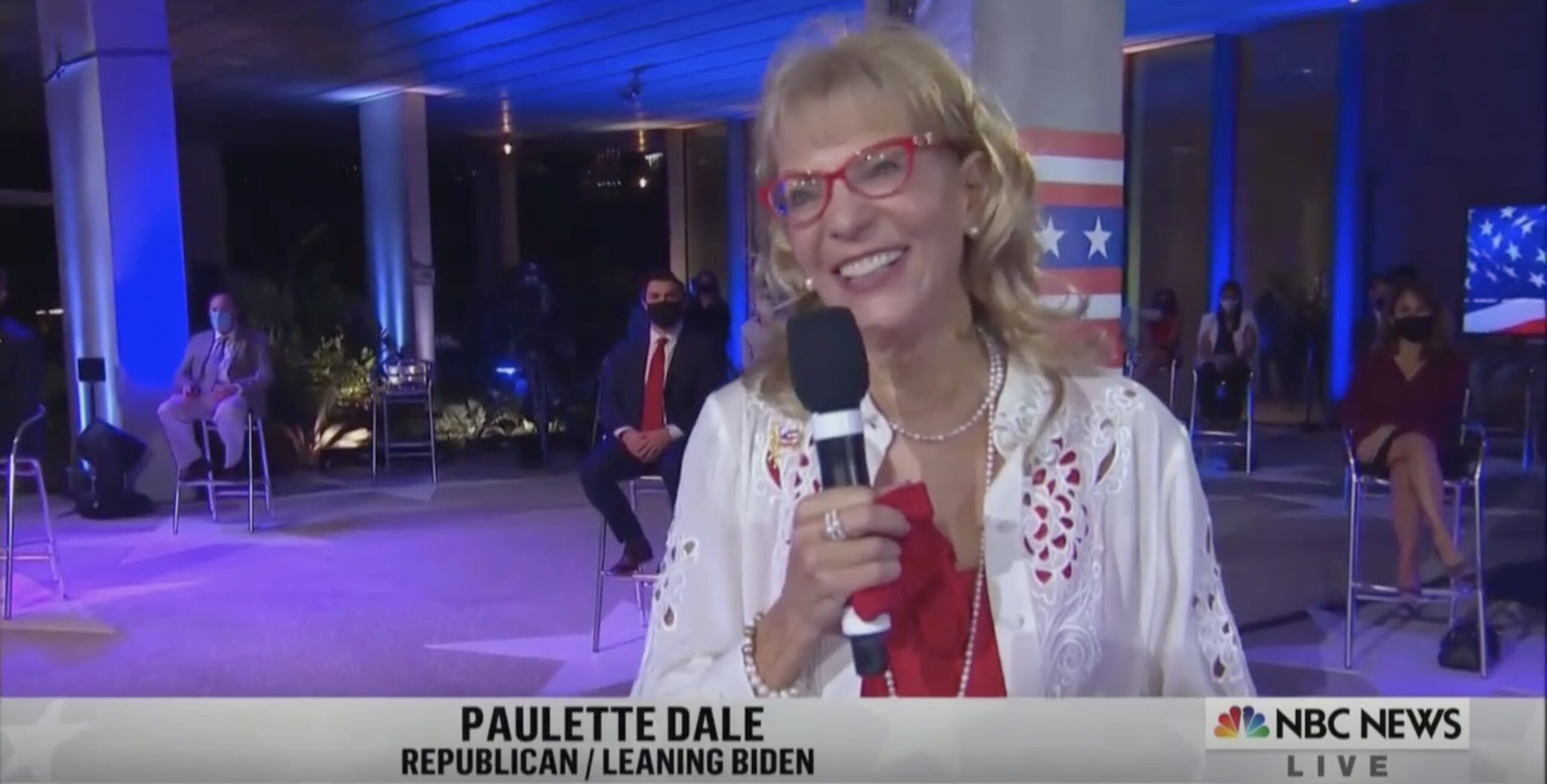 Dale identified as a 2016 Hillary Clinton voter and noted that she was leaning toward Biden during the town hall, but that did not stop her from gushing over Trump’s smile.

“I have to say, you have a great smile,” she told the president. “You’re so handsome when you smile.”

However, shortly following her interaction with the president, Dale confessed to Miami New Times that she will be voting for Biden.

“I wish he would smile more and talk less,” she said, adding that Trump “steps in it every time he opens his mouth.”

Enjoyable update, for your reading pleasure: “I wish he would smile more and talk less,” she quipped. Dale said the president “steps in it every time he opens his mouth.” “I think the man has a nice smile. However, I’m not a fan,” she further clarified. https://t.co/uCtbGC7Qbm

The woman who told Trump that he was handsome and had a great smile is apparently voting for…Joe Biden.

“I wish he would smile more and talk less,” she said of Trump. “I think the man has a nice smile. However, I’m not a fan.”https://t.co/RYxRG6O7RW

This has to be an amazing troll, right? It’s a deliberate parody of all the “smile more” discourse directed towards female politicians. https://t.co/eT4mOkNOWq

After complimenting Trump on his smile at Miami town hall, Paulette Dale plans to vote for Biden #BecauseMiami https://t.co/rB2QtewU0X

She may love Trump’s smile, but Paulette Dale says she’s still not impressed with the president and will be voting for Biden.https://t.co/6agAajfXJi