Poll: Fewer Than 1 in 4 Americans Can Identify Iran on a Map, Some Think it’s in America 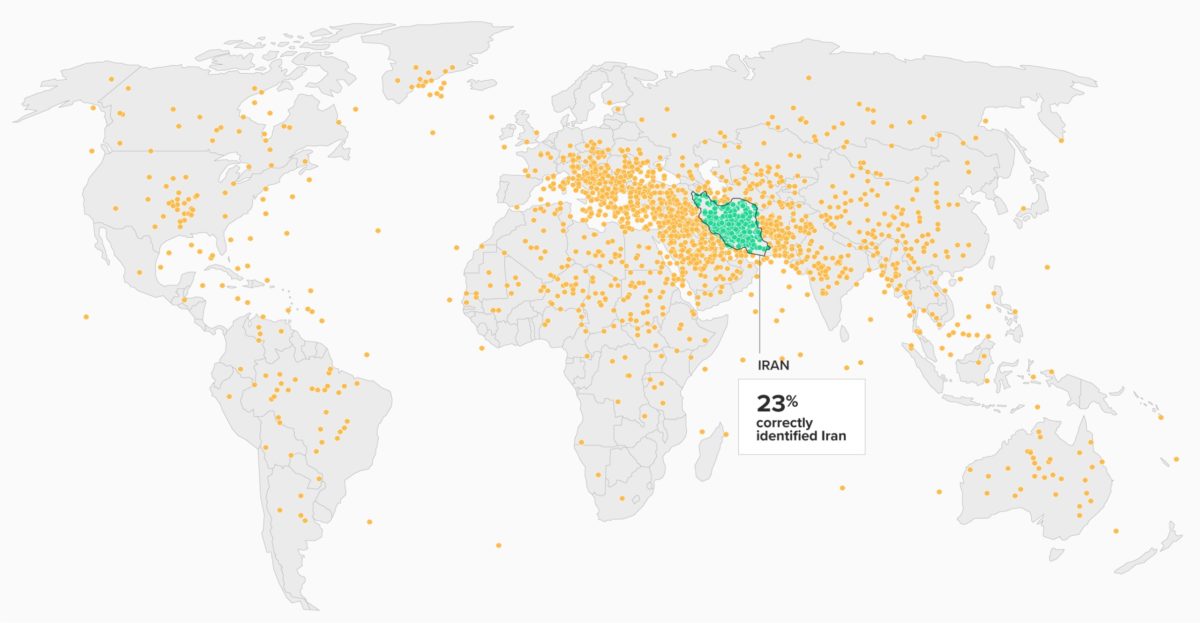 Only 28 percent of Americans can identify Iran on a map, according to a new Morning Consult and Politico poll.

The poll, which was conducted last weekend amid tensions between the United States and Iran following the assassination of Quds Force Supreme Commander Qasem Soleimani, revealed that wealthy men with a college degree were far more likely to correctly guess Iran’s location on an unlabeled map.

Eight percent of those polled confused Iran with Iraq, while a map of guesses represented by dots shows a sizeable amount of Americans thought Iran was located in Romania, Ukraine, Greece, and other countries in Europe.

Remarkably, ten people thought Iran was located in the United Kingdom, twenty-nine in Russia, and thirty-two in the United States of America.

“The polling experiment sheds light on voters’ geographical unfamiliarity with foreign countries, even those with which the United States has been engaged in sustained conflict,” reported Morning Consult on Wednesday, noting that Americans “were more likely to support (47 percent) the airstrike that killed Soleimani than oppose it (40 percent).”

In 2017, after Morning Consult asked Americans to locate North Korea on a map, just 36 percent were able to correctly.