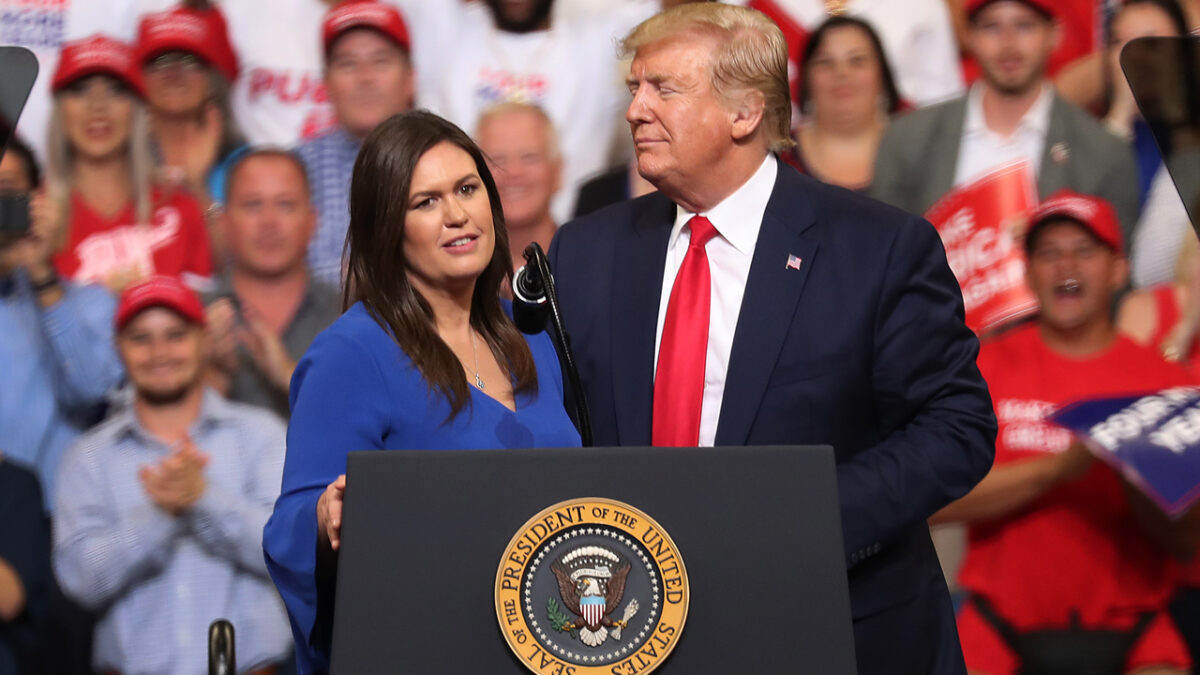 Former White House Press Secretary Sarah Huckabee Sanders is reportedly planning on following in her father Mike Huckabee’s footsteps and announcing a campaign for governor of Arkansas in the 2022 election.

Trump easily sailed past Hillary Clinton in Arkansas in 2016, winning the state 60.57 percent to 33.65 percent, and surpassed President Joe Biden there last November by a similar margin, 62.40 percent to 34.78 percent.

Washington Post reporter Josh Dawsey tweeted the news on Sunday night, writing that Huckabee Sanders would launch her campaign on Monday, and was “seen as [a] leader in the polls and the president’s preferred candidate in a GOP state.” (A subsequent tweet from Dawsey clarified that the last three words of the tweet were an inadvertent iPhone dictation error.)

NEWS: Sarah Huckabee Sanders, former press secretary for President Trump, will announce tomorrow that she’s running for governor of Arkansas. She’s seen as leader in the polls and the president’s preferred candidate in a GOP state. Expect video announcement of her bid. Yeah but I

Dawsey also tweeted that Huckabee Sanders would make the announcement with a video.

Sarah Sanders is set to announce for Arkansas governor in a video going up tomorrow morning, a person familiar with the plan says, confirming @jdawsey1.

The elder Huckabee served as the state’s governor from 1996 to 2007. The current officeholder, Republican Gov. Asa Hutchinson, will be term limited.

Huckabee Sanders’ website, www.sarahhuckabeesanders.com, currently has a layout resembling many campaign websites, but so far is merely a personal website, promoting her book and designated as “Copyright 2021 Sarah Huckabee Sanders.” A November 2019 Washington Post profile of her noted her possible electoral ambitions and described her as “political royalty in Arkansas.”