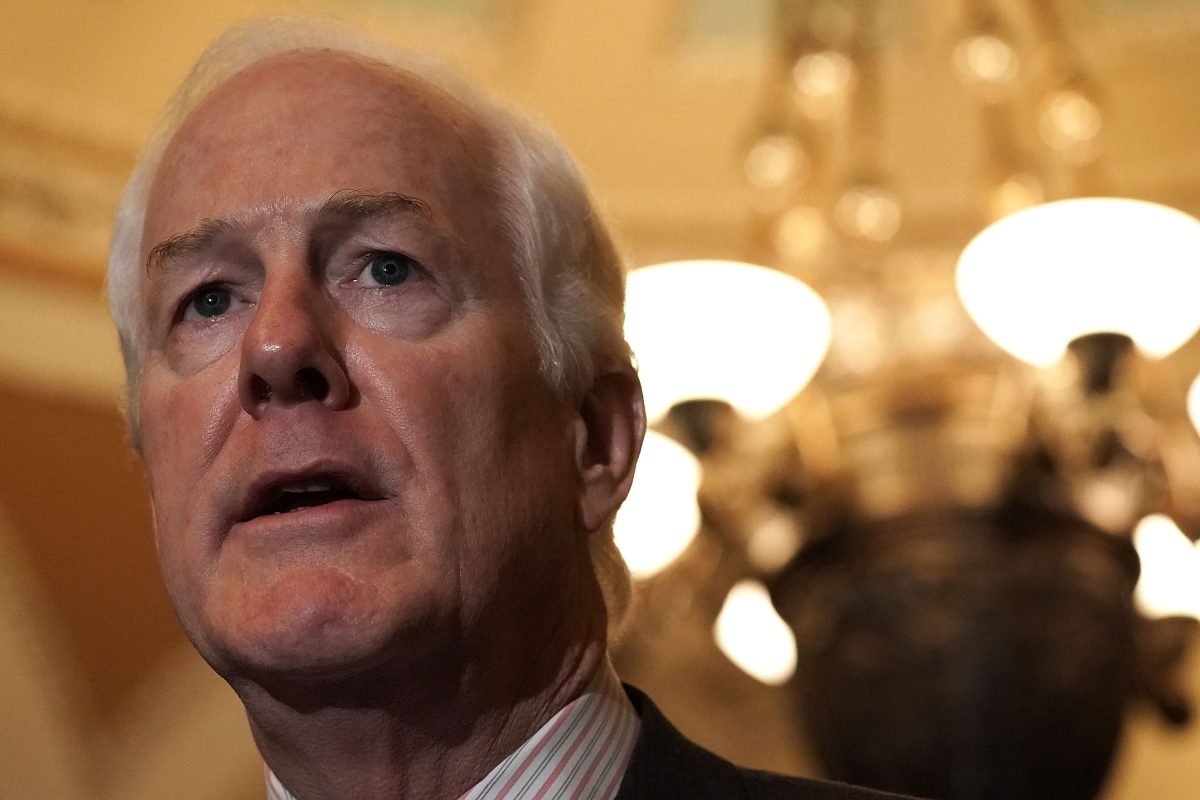 Many bills Congress debates fall into predictable partisan patterns — especially those involving issues of race — but a bill to make Juneteenth a federal holiday has earned bipartisan support, including from one of the most powerful Senate Republicans, Sen. John Cornyn (R-TX).

Juneteenth commemorates June 19, 1865, when Union General Gordon Granger, accompanied by 20,000 troops, marched to Galveston, Texas and read aloud from a federal order setting forth a legal pronouncement that the slaves were all freed.

President Abraham Lincoln had signed the Emancipation Proclamation nearly two and a half years earlier, but news had been slow to reach Texas, then on the western frontier of the United States. The “Order No. 3” read by Granger declared clearly that “all slaves were free,” and if their former masters wished them to continue working, they would have to pay them wages.

The news set off celebrations in Galveston immediately after Granger’s announcement, and then spreading elsewhere around Texas starting on the first anniversary.

Juneteenth has yet not been designated a federal holiday, but a bill filed Friday would change that. The “Juneteenth National Independence Day Act” was sponsored by Senators Kamala D. Harris (D-CA), Edward J. Markey (D-MA), Tina Smith (D-MN), and Cory Booker (D-NJ).

“The celebration of Juneteenth is about far more than remembering the day in 1865 when, more than two years after the signing of the Emancipation Proclamation, enslaved Texans were finally freed from the bondage of slavery,” Booker said in a press release announcing the legislation.

“Juneteenth is about reclaiming our history, rejoicing in the progress we’ve made, and recommitting to the work yet undone,” he continued. “Our nation still has a long way to go to reckon with and overcome the dark legacy of slavery and the violence and injustice that has persisted after its end. Making Juneteenth a federal holiday represents a step forward in the journey of healing America is still taking.”

Cornyn threw his support behind the bill, adding his name as a co-sponsor and publicly speaking out in favor of its passage. Cornyn, who has served as the Senate Republican Whip since 2013, is his party’s top ranked member in the Senate after Senate Majority Leader Mitch McConnell, and serves a vital role in determining what bills move forward.

Cornyn using his political capital to bolster the bill significantly increases the chances it will pass, especially in a divisive election year with Democrats controlling the House and Republicans the Senate. Bill after bill have passed one chamber only to wither and die in the other.

Reached for comment by Mediaite, Cornyn emphasized that recognizing Juneteenth had become even more important because of current events, after weeks of nationwide protests over police brutality and the legacy of racism.

“Especially now, we need a moment of national reconciliation,” said Cornyn. “Recognizing Juneteenth’s unique role in providing hope amidst the ravages of a horrific civil war can be that moment. By remembering our history, we can learn from it.”

The Texas Senator posted several tweets and retweets over the past two days, sharing some of his state’s history commemorating the day and emphasizing his support for the bill.

Soon I’ll be introducing a bill to make #Juneteenth a federal holiday. Texans have celebrated this end to slavery for 155 years. It’s an opportunity to reflect on how far we’ve come and
a reminder of how far we still have to go. https://t.co/xAgXxMTegu
george-floyd-15349677.php

It has been a Texas holiday since 1980 https://t.co/8cxIaShIUH

Ashton Villa in Galveston circa 1880. It was from the balcony shown here that General Order # 3, the order that freed Texas slaves, was read on June 18, 1865 by Union Army General Gordon Granger. It still stands, though it was raised several feet after the 1900 hurricane. pic.twitter.com/Dv00YXcdyM

On #Juneteenth we remember the end of a brutal & dehumanizing system that still hurts us today. We honor our history, rejoice in the progress we’ve made & recommit to the work we still have to do. We cannot pay our ancestors back for what they did for us—we must pay it forward.

Proud to work w/ @SenTinaSmith, @SenBooker, and @SenKamalaHarris to soon introduce a bill to make Juneteenth a federal holiday. June 19, 1865 this nation announced the abolition of slavery. Let’s acknowledge our history and recommit to the struggle for justice. More info to come.

We just introduced legislation to recognize Juneteenth as a national holiday. June 19, 1865 marks the day all enslaved people learned of their emancipation. Without question, it should be recognized with the respect of a federal holiday. #Juneteenth2020

A companion bill has been filed in the House and is viewed as likely to pass.