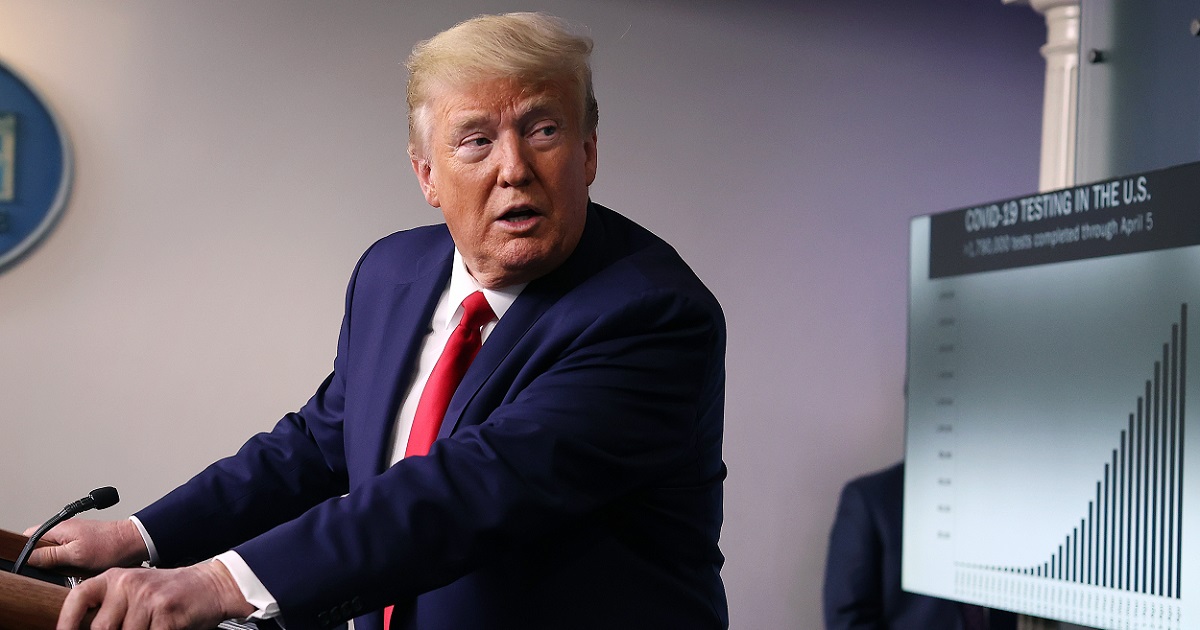 President Trump’s approval rating is up 1 percent from Friday, and up 5 percent compared to Wednesday.

As previously reported by Mediaite’s Rudy Takala, “Rasmussen samples a greater number of Republicans than most of its competitors, leading to results more favorable to the GOP and more favorable reviews of Rasmussen from the president.”

Rasmussen was one of the most accurate pollsters in 2016 — correctly predicting Hillary Clinton would win the popular vote by two percentage points — but fell short in the 2018 midterms, when it predicted voters preferred Republicans by 1 percentage point. Democrats won the House by a cumulative 8.6 percent that year.

“Five percent prefer some other candidate, while four percent are undecided,” Rasmussen said.

However, in July, a survey also found that only 54 percent of likely voters “think Biden is capable of debating the president.”