Fox News Romps in We AM, Swings to Daytime Demo Ratings Win 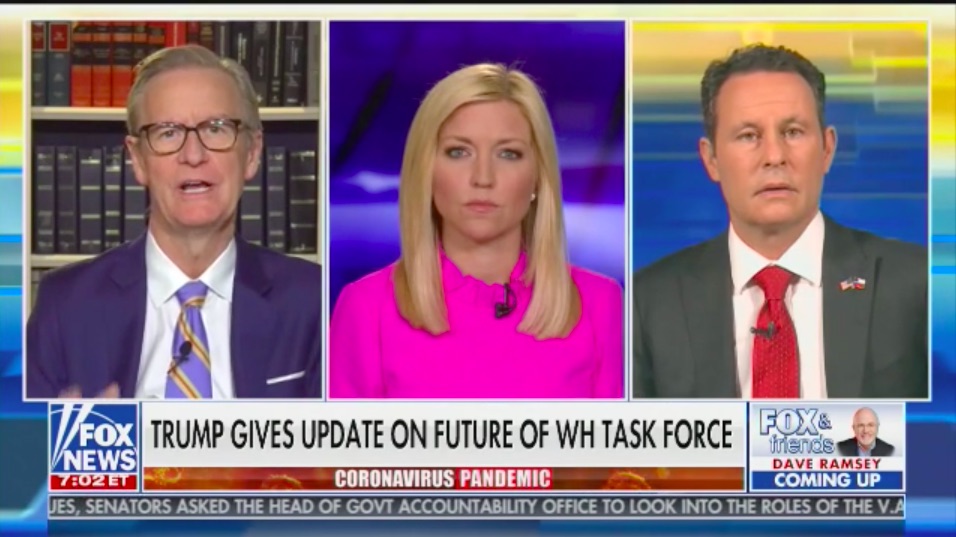 Fox & Friends enjoyed a strong victory in the early morning ratings on Wednesday, building upon its victory hour by hour in the coveted 25 – 54 age demographic, while its parent network stopped CNN’s recent daytime win streak in the demo.

Overall, Fox News topped both daytime and primetime ratings on Wednesday. It scored 1.94 million total viewers and 304,000 in the demo between 9:00 a.m. and 5:00 p.m., while CNN, which had claimed victories in the demo in the first two days of the week, had a notable fall-off to 291,000 in Wednesday daytime (1.19 million overall). MSNBC, meanwhile, trailed in third with 194,000 in the daytime demo but edged out CNN for second in overall viewers with 1.36 million.

In primetime, Fox News bounced back from a ratings dip on Tuesday to easily win in the demo with 694,000, outdistancing CNN’s 417,000 and MSNBC’s 375,000. Fox also surged from Monday and Tuesday’s overall numbers to more than four million (4.05 million) on Wednesday, nearly equaling the combined totals from CNN (1.61 million) and MSNBC (2.51 million).