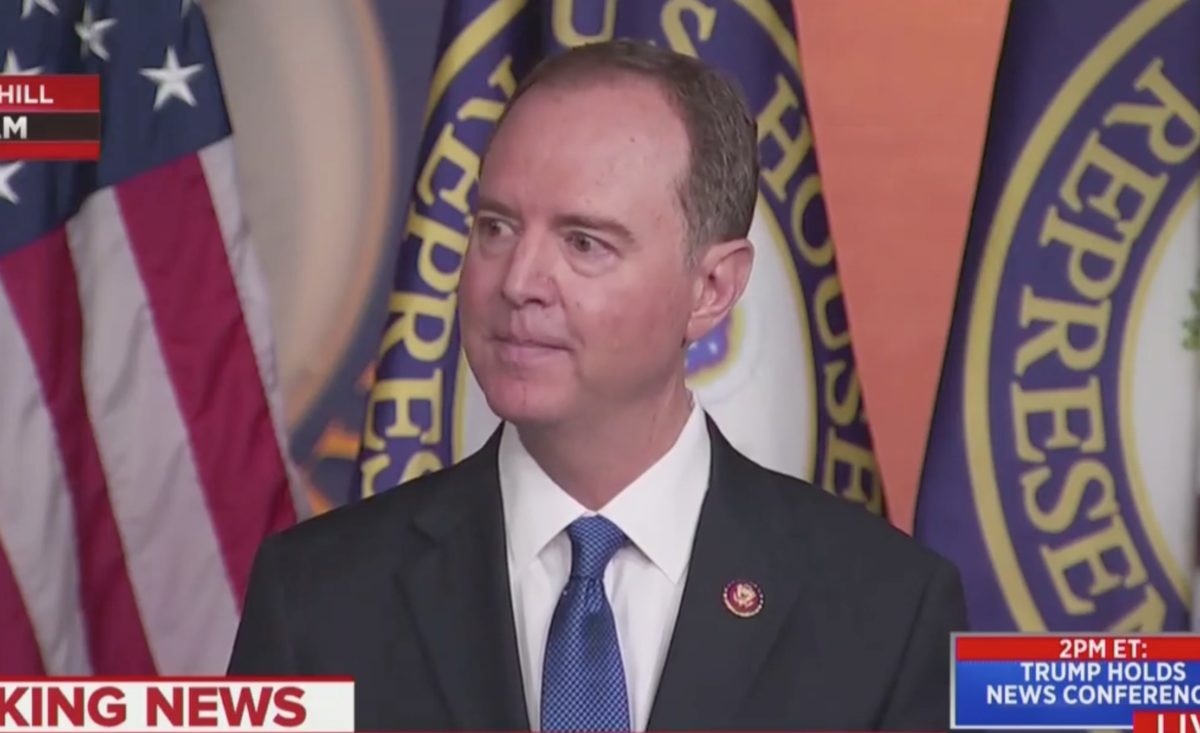 A new report says House Intelligence Committee chairman Adam Schiff (D-CA) had some degree of advanced notice before the whistleblower who raised the alarm on President Donald Trump’s Ukraine scandal filed his complaint.

The New York Times explains that Schiff knew to demand the congressional release of the whistleblower’s report because he had a “vague” idea of the complaints it would level against the president. The report says that before the whistleblower went to Congress, he asked a colleague to take his claims to the CIA’s top lawyer, but the whistleblower also sought guidance from a House Intel aide who relayed the details of that conversation to Schiff.

Before going to Congress, the C.I.A. officer had a colleague convey his accusations to the agency’s top lawyer. Concerned about how that avenue for airing his allegations was unfolding, the officer then approached a House Intelligence Committee aide, alerting him to the accusation against Mr. Trump. In both cases, the original accusation was vague.

The House staff member, following the committee’s procedures, suggested the officer find a lawyer to advise him and file a whistle-blower complaint. The aide shared some of what the officer conveyed to Mr. Schiff. The aide did not share the whistle-blower’s identity with Mr. Schiff or anyone else, an official said.

Throughout the Ukraine scandal, Trump has gone after Schiff more than anybody else, and the report acknowledges that Trump might frame this series of events as an “early warning to the intelligence committee’s Democrats” for their plans to impeach him. Schiff spokesman Patrick Boland insisted to the Times that the early interaction between the whistleblower and the committee was standard procedure in which, the whistleblower was advised to find legal counsel and contact Inspector General Michael Atkinson.

“Like other whistle-blowers have done before and since under Republican and Democratic-controlled committees, the whistle-blower contacted the committee for guidance on how to report possible wrongdoing within the jurisdiction of the intelligence community,” Boland said. “At no point did the committee review or receive the complaint in advance.”

UPDATE – 3:35 p.m. ET: Schiff offered his own statement on the report.

When a whistleblower seeks guidance, staff advises them to get counsel and go to an IG.

That’s what they’re supposed to do.

Unlike a president pressing a foreign leader to dig up dirt on a political opponent.

That’s not what a president is supposed to do.

And we all know it. https://t.co/dzVAFGpMen