New York Times Gets Into Collab Game With $300 Merch Tees 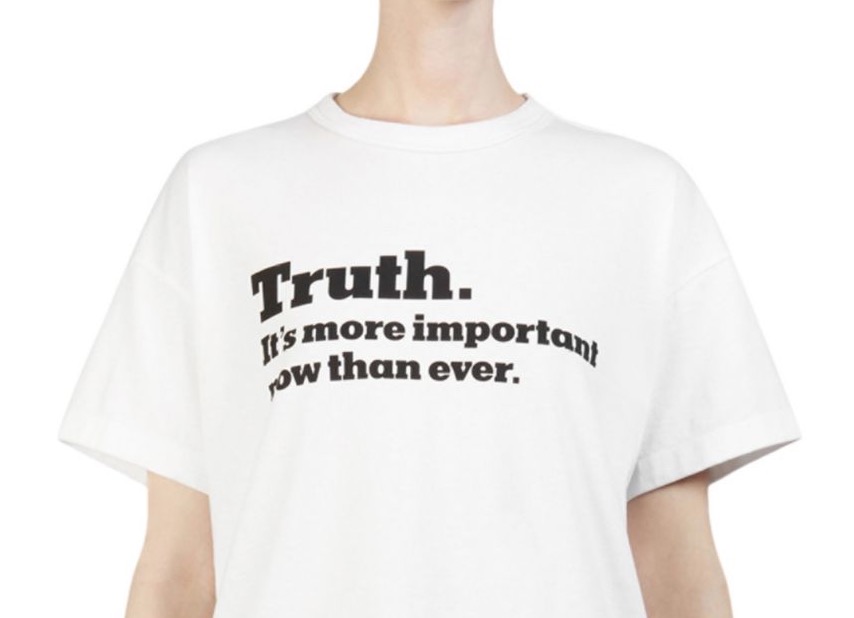 Are you a fashion bro who also wants to fight back against the Trump administration’s steady erosion of truth? Say no more fam, the New York Times has got you.

The Gray Lady teamed up with very popping Japanese brand Sacai for a collaboration of graphic t-shirts in the name of its ad campaign for the Trump era, “The Truth Is.”

The black and white tees bear such slogans as “Truth, It’s more important now than ever” on the front, and “The truth is rarely simple” and “The truth doesn’t take sides” on the back.

Gizmodo reporter Ryan Mandelbaum fretted on Twitter, “if people are trying to break the journalists-are-elitist stereotype this isn’t how to do it.”

Hypebeast’s post on the tees reassured,“Subtle detailing includes side zippers on the cropped women’s tee and raglan shoulders on the pair of hoodies, elevating the items beyond mere merch.”

You can cop at Saks Fifth Ave, but be warned: a subscription to the Times is not included. Or, for just $800 more you could buy me this very luxurious silk jacket from Sacai. It won’t do much to combat fake news, but then again neither will the $300 tee.