Washington Post’s Erik Wemple Takes Rachel Maddow to Task: She Was ‘Rooting’ for Steele Dossier to Be True 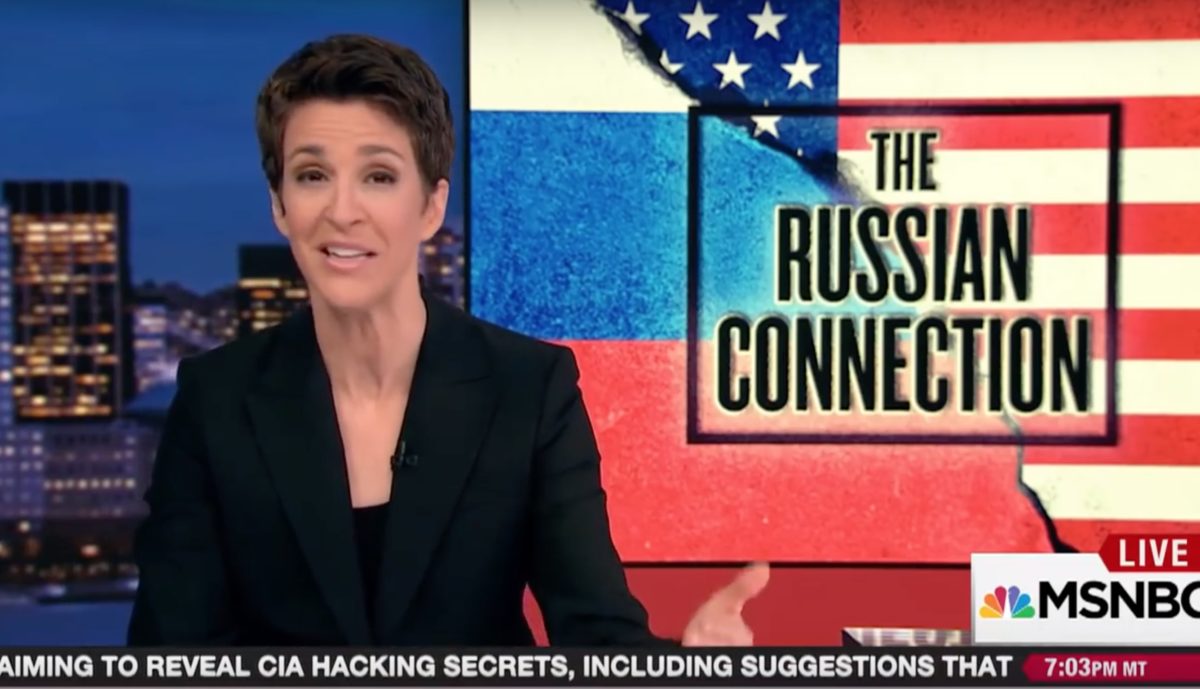 Washington Post media critic Erik Wemple took MSNBC’s Rachel Maddow to task in a new column, accusing her of giving too much credence to unverified elements of the Christopher Steele dossier.

Wemple published a column on Thursday that scrutinized Maddow for allowing the possibility that the dossier’s salacious allegations could turn out to be true. Wemple noted that Maddow has disputed the notion that the document is “uncorroborated” just because not all of the information has been proven false, and he also examined how Maddow repeatedly cast the dossier in a favorable light as she covered its connection to the FBI’s investigation of President Donald Trump’s 2016 campaign.

Justice Department Inspector General Michael Horowitz took care to critique the Steele Dossier when he released his report on the FBI’s investigation, even if he did say the agency’s Trump campaign probe had a justifiable start.

The Horowitz report said the Steele dossier “misstated or exaggerated” rumors about Trump, that its involvement in the investigative process was misused, and that many of its core findings were deemed untrue.

Wemple noted all of this as he accused Maddow of “rooting” for the dossier to be true while covering Trump’s connection to Russia. As he broke down a timeline of Maddow’s dossier coverage, Wemple highlighted her commentary about its supposed substantiation before turning to how she declined to address the parts of Horowitz’s report that torpedoed the dossier’s credibility.

The case for Maddow is that her dossier coverage stemmed from public documents, congressional proceedings and published reports from outlets with solid investigative histories. She included warnings about the unverified assertions and didn’t use the dossier as a source for wild claims. There is something fishy, furthermore, about that Mueller footnote regarding the “tapes.” In their recent book on the dossier, “Crime in Progress,” the Fusion GPS co-founders wrote that Steele believes the document is 70-percent accurate.

The case against Maddow is far stronger. When small bits of news arose in favor of the dossier, the franchise MSNBC host pumped air into them. At least some of her many fans surely came away from her broadcasts thinking the dossier was a serious piece of investigative research, not the flimflam, quick-twitch game of telephone outlined in the Horowitz report. She seemed to be rooting for the document.