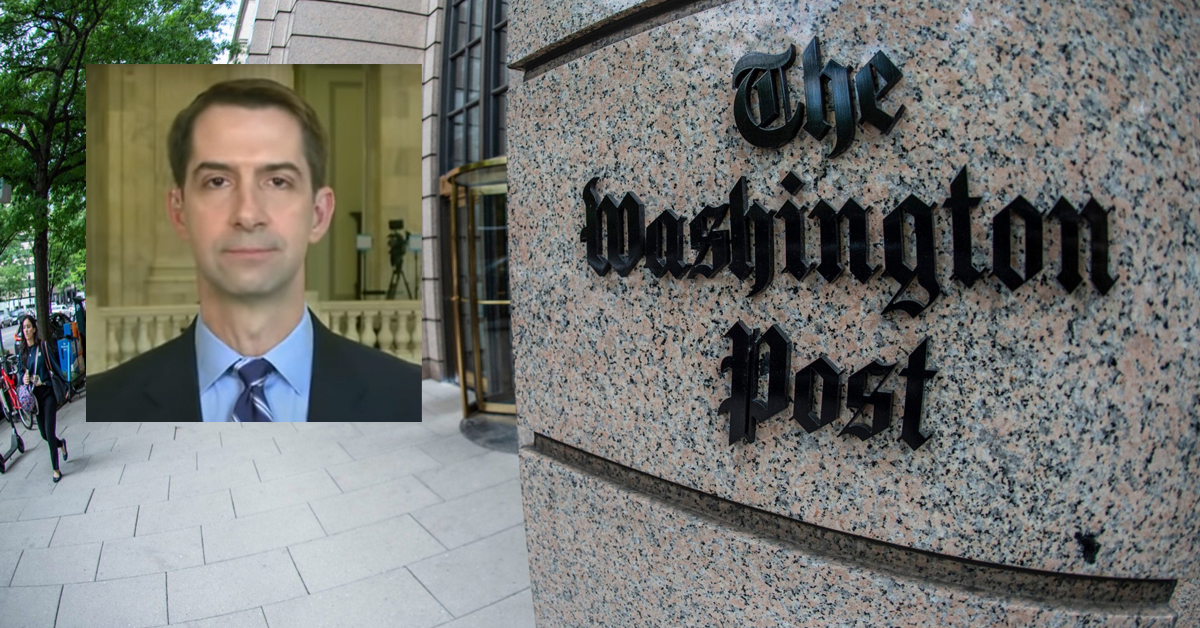 The Washington Post has corrected a controversial story from February 2020 that referred to the lab leak theory of the origin of Covid as “debunked.”

The report covered a Fox News interview in which Sen. Tom Cotton (R-AK) pointed to a lab studying bat coronaviruses in Wuhan as a potential origin of the disease.

“We don’t know where it originated, and we have to get to the bottom of that,” Cotton told Fox’s Maria Bartiromo. “We also know that just a few miles away from that food market is China’s only biosafety level 4 super laboratory that researches human infectious diseases.”

“Now, we don’t have evidence that this disease originated there, but because of China’s duplicity and dishonesty from the beginning, we need to at least ask the question to see what the evidence says,” Cotton said. “And China right now is not giving any evidence on that question at all.”

Despite those measured comments, the Washington Post accused Cotton of pushing a “conspiracy theory” that has been “debunked.”

At some point over Memorial Day weekend, the Washington Post corrected its 15 month-old story and changed the headline.

The correction acknowledged that at the time of Cotton’s comment — and to this day — we do not know the origin of Covid-19, and so deeming a potential theory as “debunked” is not accurate.

Not only did the Post report inaccurately label a viable theory as debunked, but it also included comments from an expert who has since disputed the way his comments were characterized.

Richard Ebright, a professor of chemical biology at Rutgers University, was quoted in the Post report as ruling out the theory that China developed the virus as a bioweapon. (That was, of course, never a claim made by Cotton.)

But Ebright was also quoted as stating, “There’s absolutely nothing in the genome sequence of this virus that indicates the virus was engineered.”

In a recent interview however, Ebright said he has thought since January 2020 that a lab leak was a possible origin. Ebright said he told that to the Post when interviewed for the Cotton report, but they did not include those comments.

The Post correction is the latest in a series of reversals by news outlets on the Wuhan lab leak theory. Politifact retracted a fact-check that deemed the theory “debunked” after it was pushed by a guest on Tucker Carlson’s Fox News show. In March, the New York Times corrected a report that described the theory, which was being advanced by the former CDC director, as “debunked.”

And last week, Facebook lifted its ban on posts saying that Covid was manufactured in a lab.