Rush Limbaugh Melts Down Over Biden Inauguration: ‘They Have Not Legitimately Won It!’ 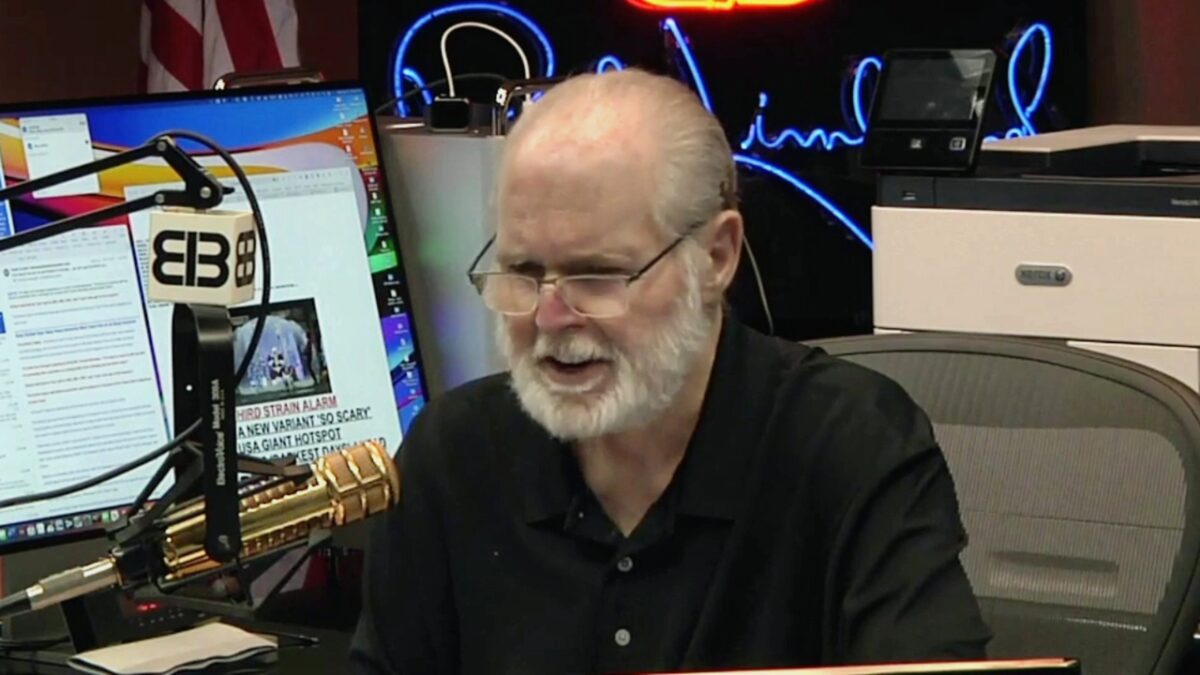 Rush Limbaugh churned out a series of conspiracy theories regarding the inauguration of Joe Biden and Kamala Harris during a rant claiming that the new president did not legitimately win the 2020 election.

The conservative radio host started by bashing the field of flags set up on the National Mall to represent those who cannot attend the inauguration due to the coronavirus pandemic and the security threats following the storming of the U.S. Capitol.

After dismissing these concerns, Limbaugh claimed that the real reason for the arrangement “is that I don’t think they were confident a bunch of people would show up for this.”

“I think they know that this is something that’s been arranged, rather than legitimately sought and won,” Limbaugh said. “And you can see this in their attitudes, in their smiles, you can see it, hear it in the words that they are uttering.”

Limbaugh went on to claim that former President Donald Trump was voted for by “maybe 80 million people” (Trump drew 74 million to Biden’s 81 million), and added that “there is no way they can honestly say to themselves that they represent the power base of the country.”

It is unclear upon what grounds Limbaugh is basing his claim that Biden did not win the election legitimately.

The claim was at the root of a series of conspiracy theories Trump pushed for months after his defeat. His team has never produced any evidence of mass voter fraud, their claims were thrown out of every court, and an insurrectionist mob laid siege to the Capitol earlier this month after Trump incited them to march on Congress when it was set to certify his loss.