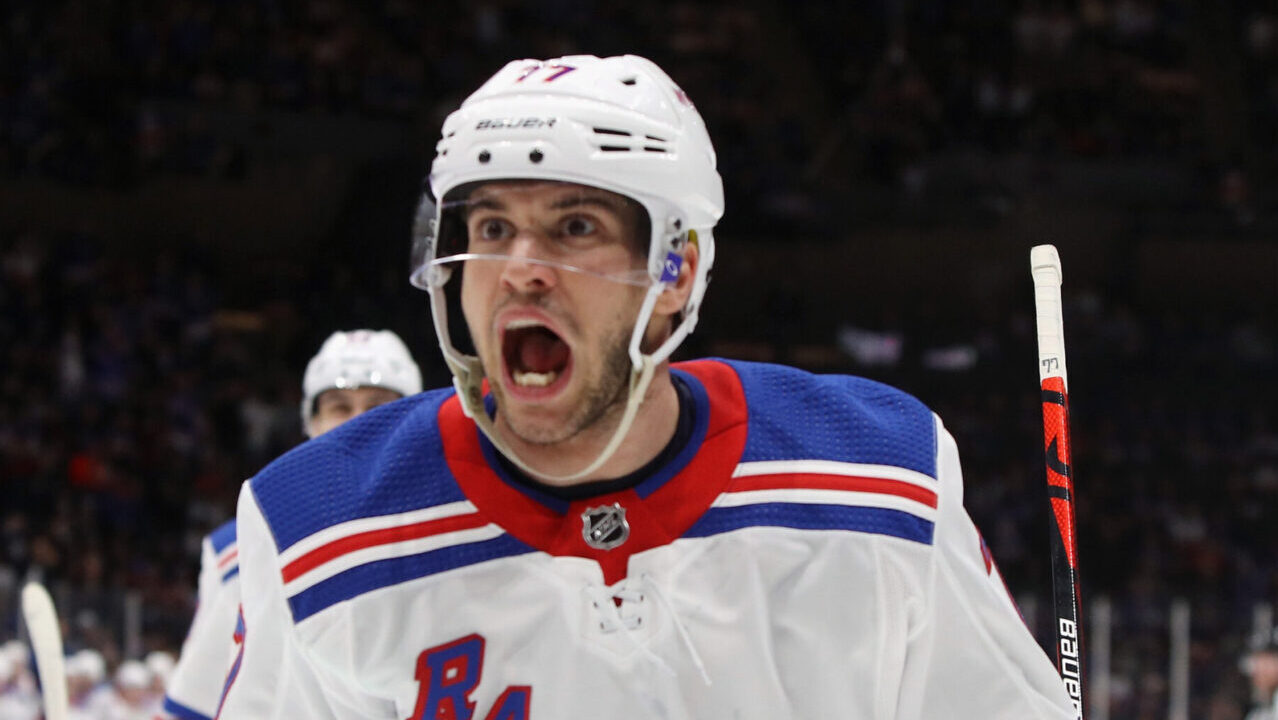 The Carolina Hurricanes are at the center of controversy right now and they can only blame themselves. After signing Tony DeAngelo to a one-year contract, fans are incensed by the Canes’ decision to add the controversial defenseman.

Earlier this month, the New York Rangers bought out the final year of DeAngelo’s contract, making him a free agent. DeAngelo played just six games last season before the Rangers decided to remove him from the team, following a physical altercation with goalie Alexander Georgiev.

The 25-year-old was also known for his divisive presence on social media as a staunch supporter of former President Donald Trump. DeAngelo questioned the severity of the coronavirus pandemic and defended Trump after the former president suggested disinfectant could be used to kill Covid-19 in people’s bodies. Shortly after Trump was banned from Twitter, DeAngelo deactivated his personal account and promoted the move to Parler.

“It’s really easy to put up a Pride flag avatar on your social media,” Raleigh sports radio host Joe Ovies said, describing DeAngelo as the “antithesis” of how the Canes present themselves as a team. “Marketing messages and action are not always the same,” he added on 99.9 The Fan.

The fanbase similarly tore into Carolina’s NHL franchise on Twitter, with the team demonstrating hypocrisy in signing DeAngelo despite their various social initiatives.

Seeing a lot of QTs reminding the @Canes of their commitment to disrupt racism on and off the ice. This includes not rewarding racist behavior with a shiny new contract. #GetUncomfortable (-rh) https://t.co/8h1PDjknqg

Good morning! It’s Thursday, July 29th in the year of our Gord 2021 and, somehow not all that surprisingly, Tony DeAngelo is getting paid one million US dollars to play stick puck while “continuing to work to grow as a person.”

This is disgusting. Dude is a racist and a homophobe. I’m no longer a Canes fan until he’s off the team. Shame on you, @TDCanes, @EricTulsky, Don, Rod, and anyone else involved in this decision. This organization are hypocrites and have betrayed years of fan goodwill. https://t.co/grghg4u3Jl

Terrible decision. You built up so much goodwill and then you do this. https://t.co/FKluG8vkci