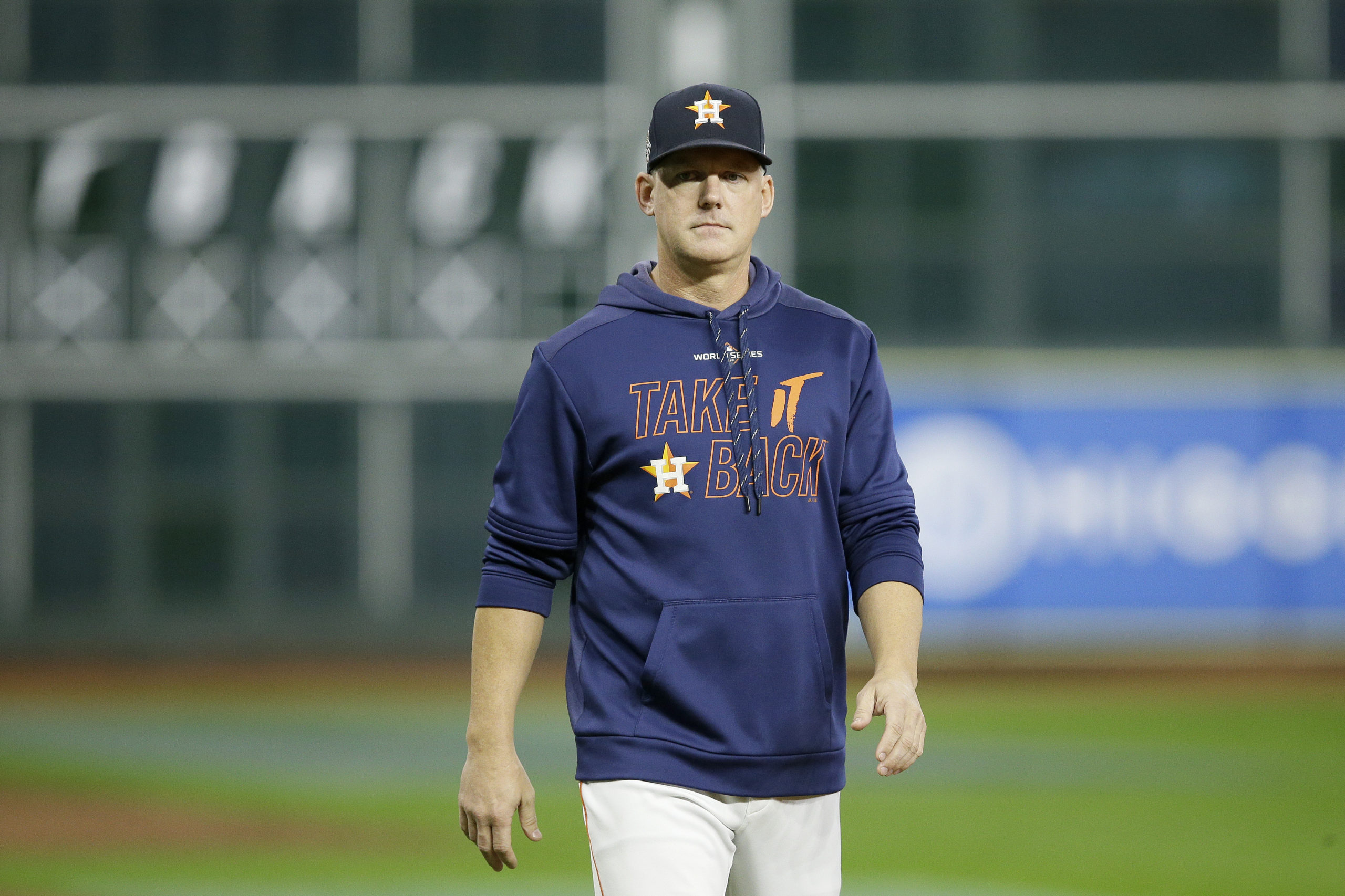 In baseball, it’s normally three strikes and you’re out. But when it comes to stealing signs, the powers that be in baseball have determined that it only takes one strike to toss you from the game — for a long time.

Major League Baseball has docked Houston Astros GM, Jeff Luhnow, and manager AJ Hinch for their role in stealing hand signs dating back to 2017, an investigation which terminated today has found.

BREAKING: Houston Astros GM Jeff Luhnow and manager AJ Hinch have been suspended for one year after an MLB investigation found the team used technology to cheat during its World Series-winning 2017 season, sources familiar with the punishment tell ESPN.

The duo that serves as high ranking personnel for the Huston Astros franchise now must serve out a suspension without pay for the 2020 season.

“I find that the conduct of the Astros, and its senior baseball operations executives, merits significant discipline,” MLB Commissioner Rob Manfred stated in the documents revealing the verdict of the investigation late today.

“I base this finding on the fact that the club’s senior baseball operations executives were given express notice in September 2017 that I would hold them accountable for violations of our policies covering sign stealing, and those individuals took no action to ensure that the club’s players and staff complied with those policies during the 2017 postseason and the 2018 regular season,” Manfred wrote.

According to the now-closed investigation overseen by the MLB’s leagues commissioner, the Houston Astros will also be mandated to relinquish their first, and second-round draft picks in the 2020 and 2021 drafts – while additionally paying a five million dollar fine to the league.

BREAKING: Per sources, MLB’s penalties for #Astros include:

MLB began its investigation into the allegations against the Astros back in November after a report from The Athletic highlighted the club’s illegal sign-stealing system from 2017, the year the Astros won the franchise’s first World Series title. A’s pitcher Mike Fiers, who was a member of the Astros at the time, was quoted in the story, as were three other unnamed sources who were inside the organization in 2017.

Fiers said the Astros were using a camera positioned in the outfield to detect the signs, which were then relayed to hitters by somebody banging on a trash can in an area between the dugout and the clubhouse so they knew which pitches were coming. (via MLB.com)

The good news for the Astros, the investigation found “absolutely no evidence” that Astros owner Jim Crane knew about the sign-stealing taking place – but rather spearheaded by players and former bench coach Alex Cora.