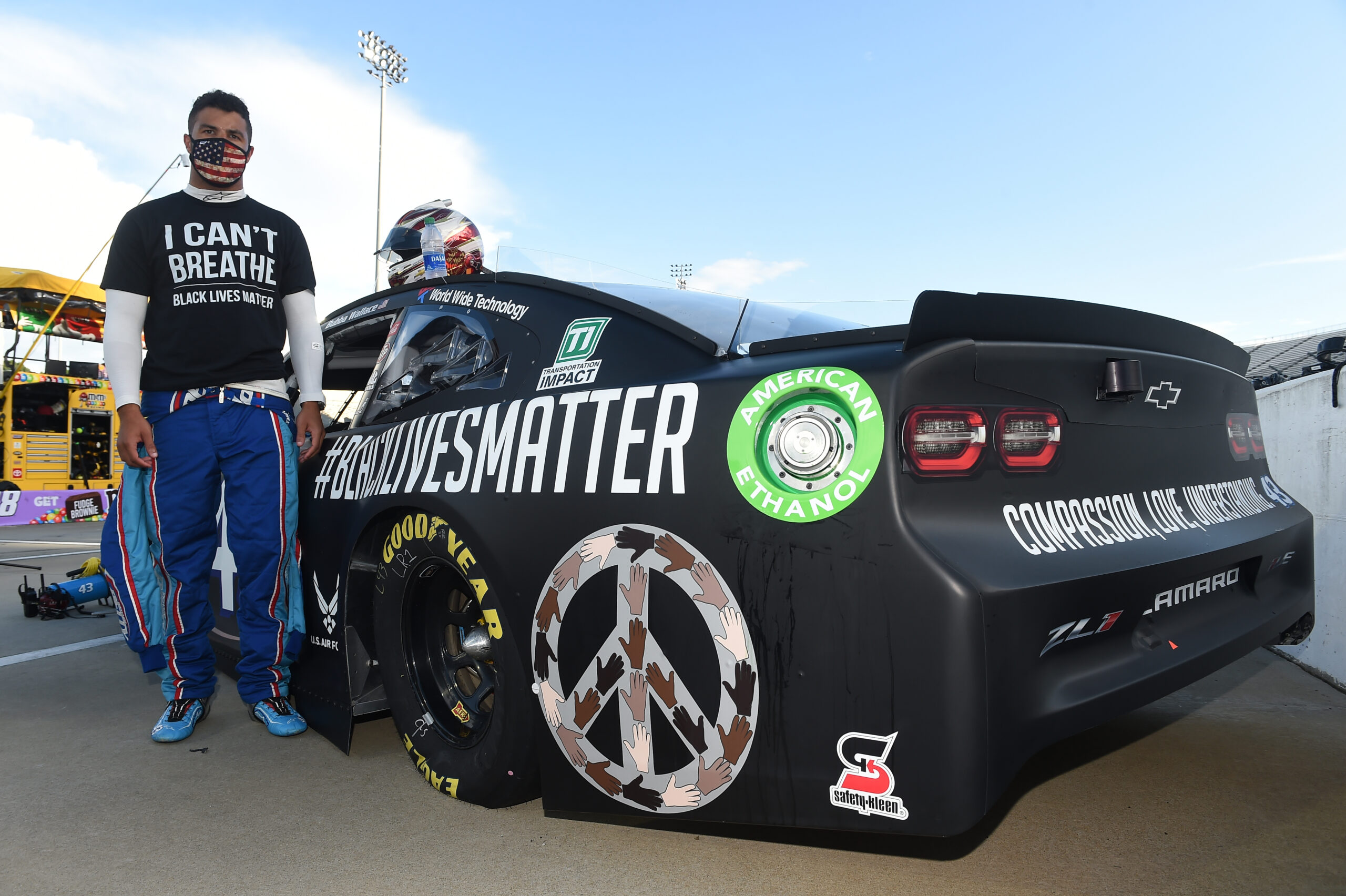 NASCAR says it is investigating after a noose was found in the garage of Bubba Wallace — the first full-time Black driver in NASCAR’s Cup series since 1971.

In a statement, NASCAR said it would ban the person or persons involved in the incident from the sport.

“Late this afternoon, NASCAR was made aware that a noose was found in the garage stall of the 43 team,” the statement said. “We are angry and outraged, and cannot state strongly enough how seriously we take this heinous act. We have launched an immediate investigation, and will do everything we can to identify the person(s) responsible and eliminate them from the sport. As we have stated unequivocally, there is no place for racism in NASCAR, and this act only strengthens our resolve to make the sport open and welcoming to all.”

NASCAR, last week, announced a ban on the confederate flag at its tracks — a ban for which Wallace advocated. A plane flew the flag over Talladega Superspeedway in Alabama Sunday — where a race was scheduled to be held, but postponed due to weather.

Wallace has spoken out against racial injustice over the past several weeks, and — in posted a statement to Twitter condemning the act — said he would continue to do so.

“Today’s despicable act of racism and hatred leaves me incredibly saddened and serves as a painful reminder of how much further we have to go as a society and how persistent how must be in the fight against racism,” Wallace wrote. He added, “This will not break me, I will not give in nor will I back down. I will continue to proudly stand for what I believe in.”