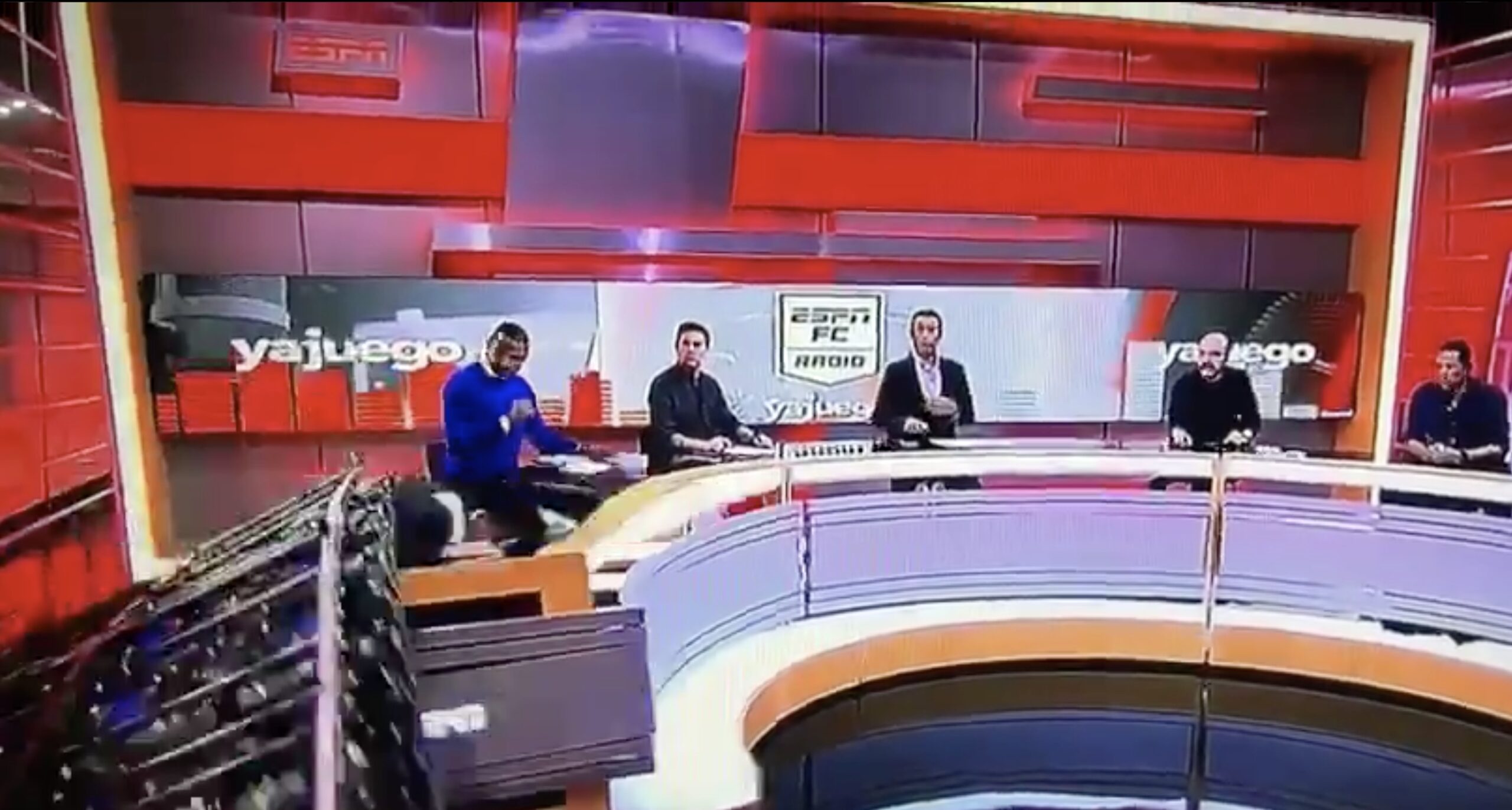 Fellow ESPN anchor Francisco Javier Vélez was addressing the elimination of Juventus from the Champions League, when a loud crash interrupted his report:

The crash was caused by a falling set wall, that landed directly onto Orduz, slamming his face and upper body onto the table in front of him.

The camera panned back to Vélez following the crash, yet you can hear someone telling Orduz to remain calm.

Attempting to keep his composure, Vélez then quickly cut to a commercial break.

After the show, Orduz took to Twitter to explain that he was not hurt in the incident, thanking those who have reached out:

“To those who wrote to me and greeted me about the accident last night, I must tell you that I am fine, thank God after the medical check-up, of the respective examinations, any issue was ruled out, only a bruise and a blow to the nose (no fracture),” he wrote in Spanish. “Greetings and thanks.”

Orduz also later posted a video to Twitter, once again letting his followers know that he is fine despite the crash:

“I want to tell you that I’m fine,” he said in Spanish, adding that he was examined and there was no damage other than “el susto” — or “the scare.”

He thanked those reaching out to him following the incident, again reassuring his fans that he was not hurt in the crash.

Vélez also posted a video to Twitter following the incident, clarifying to his followers that Orduz is doing well:

“We appreciate the messages, the solidarity, the support of colleagues and the public in general,” he concluded. “We hope to be with you again soon.”