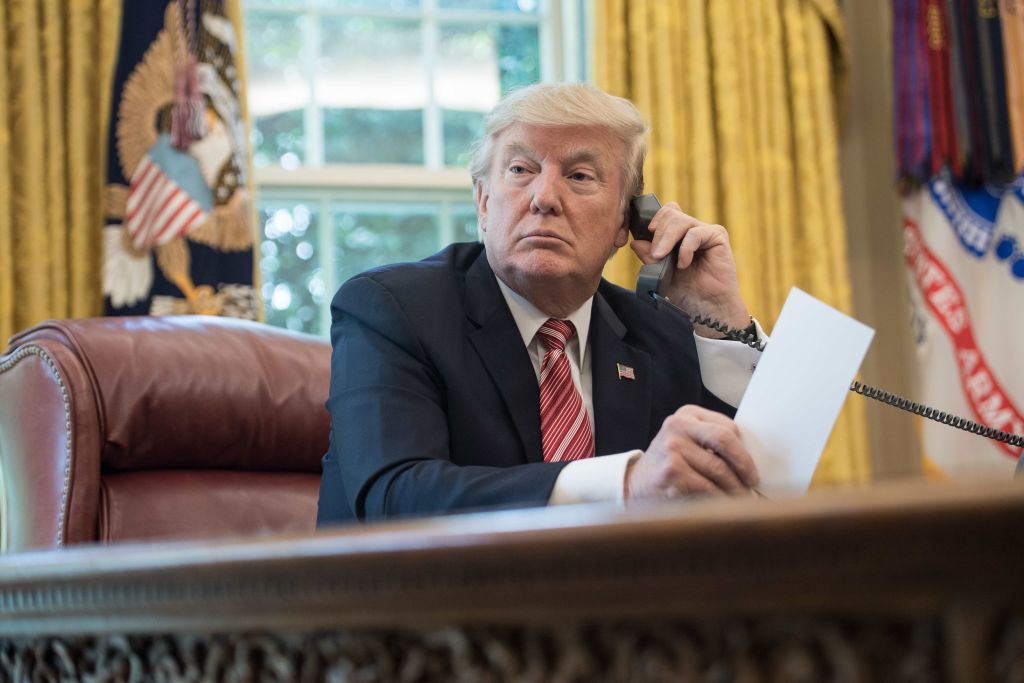 Transcripts of the House’s interviews with former Ambassador to Ukraine Marie Yovanovich and Amb. Michael McKinley, a senior aide to Secretary of State Mike Pompeo, were released on Monday. Notably, Yovanovitch told Congress she felt “threatened” by Trump bringing her up in his call with Volodymyr Zelensky that is now at the center of the inquiry.

Here are the 5 biggest takeaways from the released transcripts. The House Intelligence Committee has also released its own takeaways for both McKinley and Yovanovitch’s testimonies.

1. Amb. Gordon Sondland told Yovanovitch to tweet out praise of Trump if she wanted him to back off.

Q: And what did Mr. Sondland say when you talked to him about this topic?

A: He hadn’t been aware of it, that the story had shifted, and he said, you know, you need to go big or go home. You need to, you know, tweet out there that you support the President, and that all these are lies and everything else. And, you know, so, you know, I mean, obviously, that was advice. It was advice that I did not see how I could implement in my role as an Ambassador, and as a Foreign Service Officer.

Q: Did he actually say, “support President Trump”? Was that his advice, that you publicly say something to that effect?

A: Yes. I mean, he may not have used the words “support President Trump,” but he said: You know the President. Well, maybe you don’t know him personally, but you know, you know, the sorts of things that he likes. You know, go out there battling aggressively and, you know, praise him or support him.

2. Rudy Giuliani worked to override a denied visa for a Ukrainian prosecutor accused of corruption and removed from office in 2016.

Yovanovitch’s statement about Giuliani corroborates some of the reported testimony of George Kent, who was interviewed in October. Giuliani was apparently trying to interview Viktor Shokin to get dirt on Joe Biden.

A number of Western leaders had pushed for Shokin’s ousting because he was reportedly turning a blind eye to corruption in Ukraine.

“And so, my understanding is that that’s—that that is what happened, either a formal hard refusal, or what we call a 221G, which is an administrative refusal, asking for more information. The next thing we knew—so I alerted Washington to this, that this had happened. And the next thing we knew, Mayor Giuliani was calling the White House as well as the Assistant Secretary for Consular Affairs, saying that I was blocking the visa for Mr. Shokin, and that Mr. Shokin was coming to meet him and provide information about corruption at the embassy, including my corruption.”

3. The State Department didn’t give public support to Yovanovitch because they thought Trump would undercut them.

Yovanovitch told members of Congress that officials told her that they couldn’t issue a statement of support for fear “the rug would be pulled out from under the State Department” by Trump.

Q: And can you explain again why you understood that the State Department could not issue a statement of support?

A: What I was told was that there was concern that the rug would be pulled out from under the State Department if they put out something publicly.

4. McKinley told Congress that Trump’s phone call with Ukraine’s president was not “perfect” as the president has claimed

“So after the whistleblower account came out and I started reading in much greater depth what was happening in the media, it became evident to me that Masha [Yovanovitch] had been caught up in something that had nothing to do with the way she performed her duties ‘in Kyiv.

When the transcript of the call was released I’m just going to state it clearly as a Foreign Service officer, to see the impugning of somebody I know to be a serious, committed colleague in the manner that it was done raised alarm bells for me. It absolutely did.”

5. McKinley had approved a statement of support for Yovanovitch supported by other senior State Department officials, but it was directly vetoed by Mike Pompeo.

Q: What happened next?

A: Probably a couple hours later [State Department spokesperson] Morgan [Ortagus] reached out to me by phone and told me that the Secretary had decided that it was better not to release a statement at this time and that it would be in part to protect Ambassador Yovanovitch not draw undue attention to her.

House Intelligence Chair Adam Schiff has promised more transcripts will be released later this week, with transcripts of Gordon Sondland and Kurt Volker’s interviews to be released tomorrow.