Fox's Napolitano: Trump Has 'Unleashed a Torrent of Hatred'

Fox’s Napolitano Says Trump Has Changed: He Has ‘Unleashed a Torrent of Hatred’ 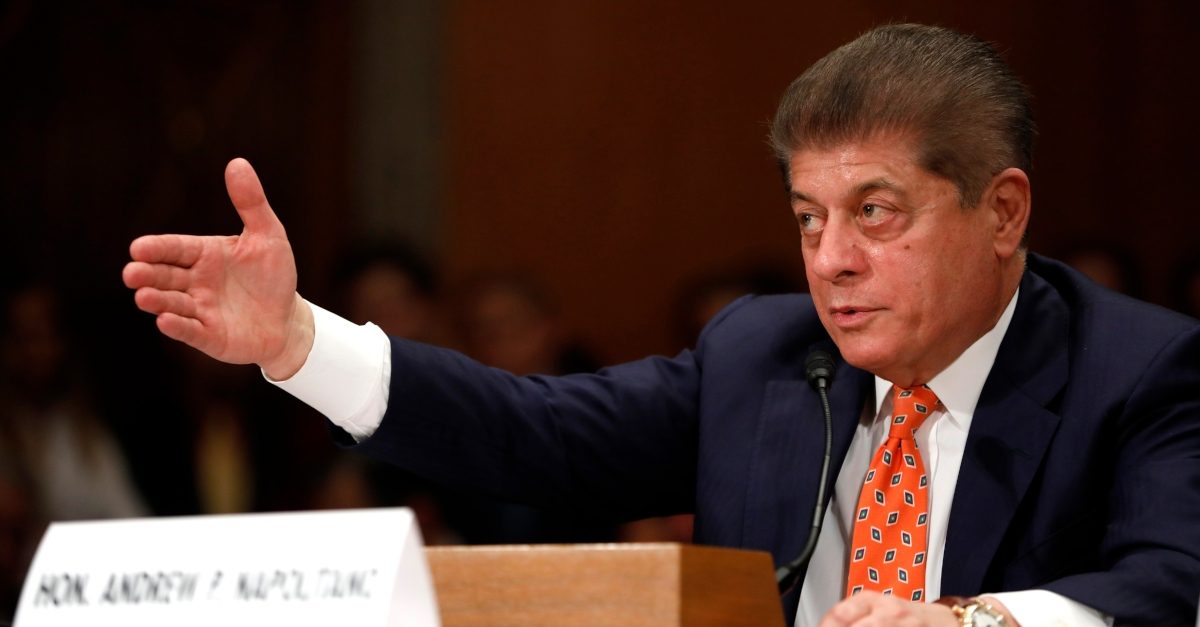 Fox News legal analyst Andrew Napolitano lamented that President Donald Trump is a changed man in a new op-ed accusing his old friend of unleashing a “torrent of hatred.”

“I have known President Trump personally since 1986. The private Trump I have known is funny, charming and embracing. That is not the public Trump of today,” Napolitano wrote in a story on FoxNews.com. “When he loudly called for four members of Congress – women of color who oppose nearly all his initiatives and who have questioned his fitness for office – to go back to the places from which they came, he unleashed a torrent of hatred.”

Napolitano’s piece begins with an examination of the “America, love it or leave it,” mantra uttered by supporters of the Vietnam War. As an undergraduate at Princeton, Napolitano writes, he uttered the phrase — but now renounces it.

It happens to be the same argument Trump has used to defend his racist tweet telling the four progressive congresswomen to “go back” to the countries they came from (all four are American, only one was born overseas.)

Trump, his defense goes, was merely instructing the congresswomen to leave America if they hate it so much. There isn’t any evidence to support Trump’s claim that the lawmakers hate America, but that has been lost on his supporters.

Napolitano offers a scathing history of the “go back” trope:

The “Go back” trope was used by white racists toward African-Americans for 100 years, from Reconstruction to the civil rights era, suggesting repulsively that they should go “back” to Africa; never mind their American births. It was uttered by the establishment at my grandfathers and many others who came here from southern Europe as children in the early days of the last century.

“Go back” is a rejection of the nation as a melting pot; a condemnation of one of America’s founding values – E Pluribus Unum (Out of many, one). It implicates a racial or nativist superiority: We were here before you; this is our land, not yours; get out. Nativist hatred is an implication of moral or even legal superiority that has no constitutional justification in American government.

While the speech is protected by the Constitution, it’s still dangerous, Napolitano writes: “But when the hate speech comes from a shameless president, we have a problem.”

He cites the Louisiana police officer who was fired after posting on Facebook that one of the congresswomen Trump targeted — Rep. Alexandria Ocasio-Cortez — should be shot.

“This business of the hatred of people is so dangerous because to some, as Lord Byron wrote, hatred is perversely pleasing,” Napolitano concludes. “It gives them shelter in a mob, it lets them hurl venom with anonymity, and it regenerates itself. It must be rejected loudly in all its forms – especially when it comes from the president.”