George Conway Reportedly Says Wife Kellyanne is in a ‘Cult’ 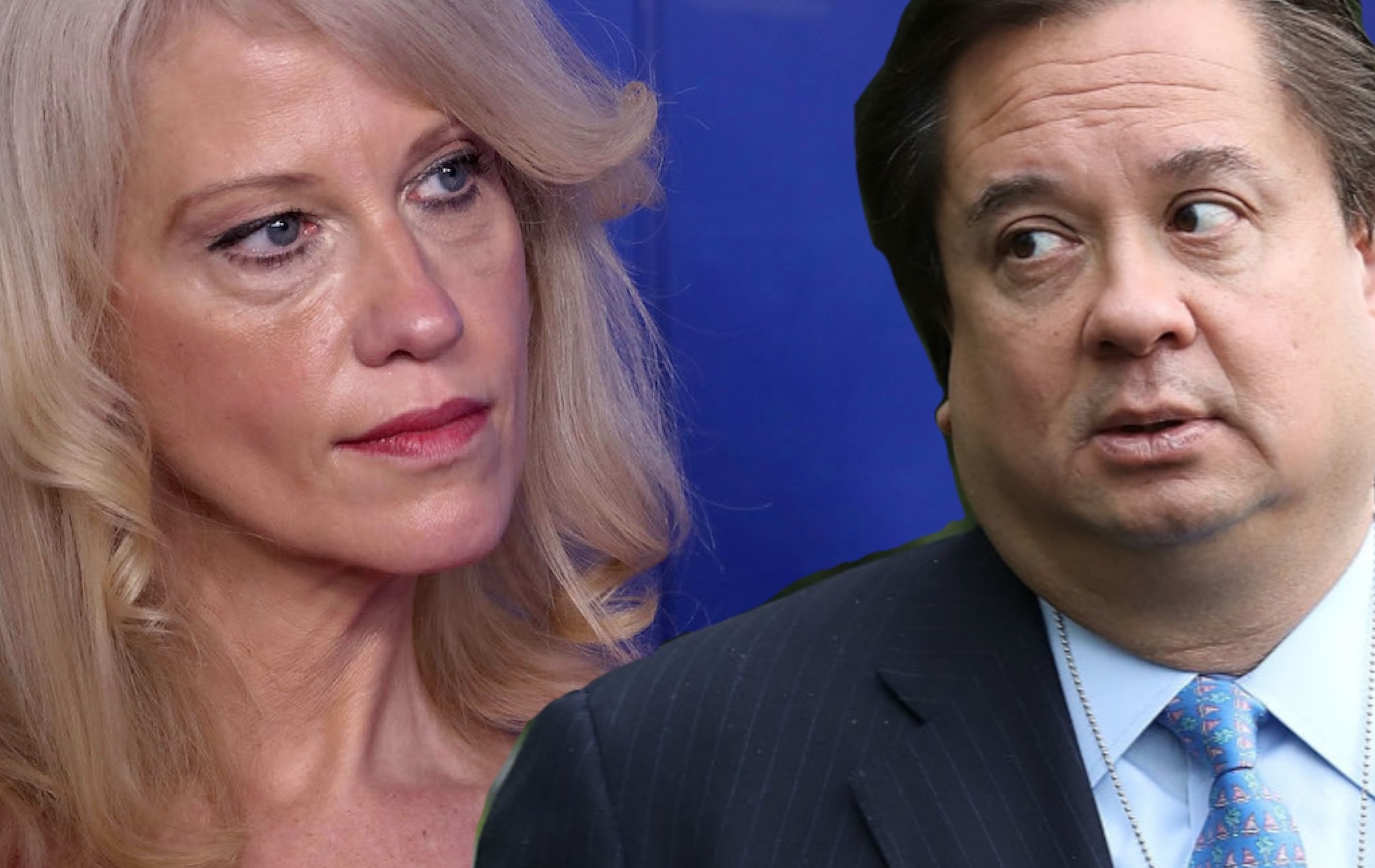 The tension between White House counselor Kellyanne Conway and her husband — attorney George Conway — has bubbled over this week on television. Now, one new story asserts that George believes his wife, as a member of President Donald Trump’s administration, belongs to a cult.

According to Vanity Fair, Mr. Conway — according to two unnamed sources who are in contact with him — has openly expressed his view that Mrs. Conway is a full-fledged cult member.

“He tells people she’s in a cult,” one of the sources, identified as a Republican, told Vanity Fair.

“It’s not going to get better until she’s cast out of the cult,” Vanity Fair’s other source said.

Meanwhile, Trump is said to be furious at Mrs. Conway over the fact that Mr. Conway has become one of the president’s most prominent, and vocal critics.

“George gets all his power from you,” Trump said, according to the report — which cites a Republican close to the administration.

After months of declining interview requests, George Conway appeared on MSNBC Wednesday where he served as a guest analyst during Day 1 of the impeachment hearings. Kellyanne, on Thursday, clashed with CNN’s Wolf Blitzer after being confronted about her husband’s television appearance.