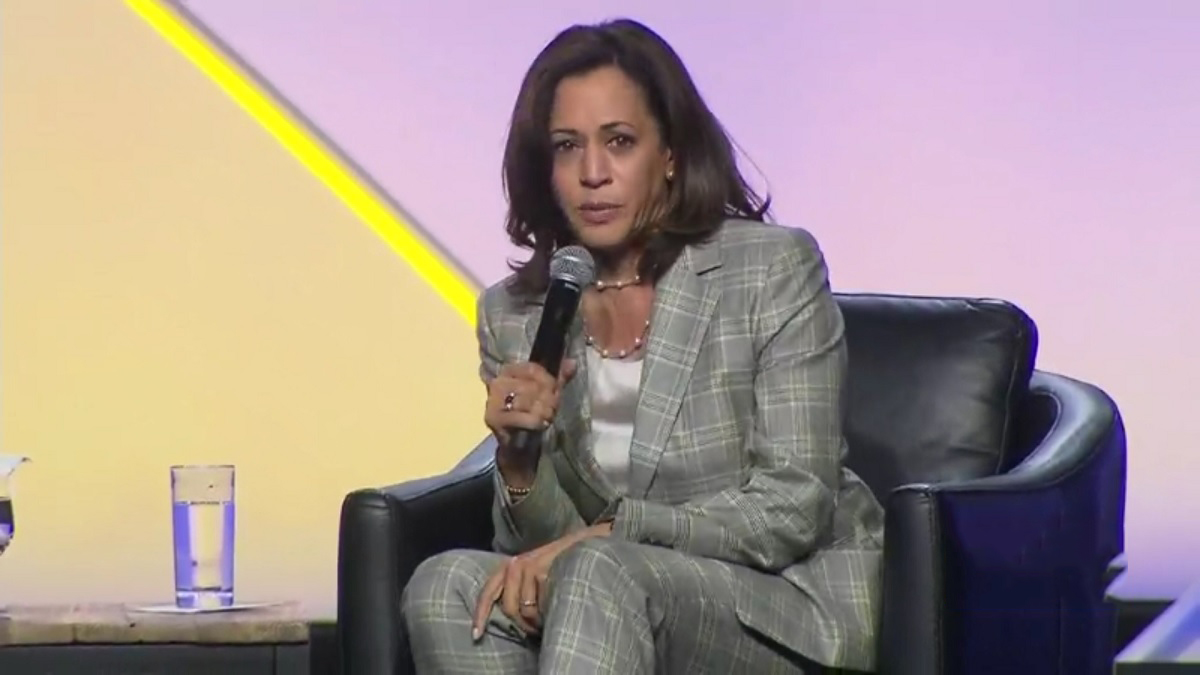 Accusing Trump of violating Twitter’s user agreement prohibiting harassment and inciting violence in the letter obtained by Mediaite, the California Democrat and 2020 candidate cited several tweets from the president threatening the whistleblower, including the two embedded below.

Sounding more and more like the so-called Whistleblower isn’t a Whistleblower at all. In addition, all second hand information that proved to be so inaccurate that there may not have even been somebody else, a leaker or spy, feeding it to him or her? A partisan operative?

Like every American, I deserve to meet my accuser, especially when this accuser, the so-called “Whistleblower,” represented a perfect conversation with a foreign leader in a totally inaccurate and fraudulent way. Then Schiff made up what I actually said by lying to Congress……

Harris wrote that the “context” of those tweets it Trump suggesting the whistleblower is a “spy” guilty of “treason” — for which the punishment can be death.

Rep. Adam Schiff illegally made up a FAKE & terrible statement, pretended it to be mine as the most important part of my call to the Ukrainian President, and read it aloud to Congress and the American people. It bore NO relationship to what I said on the call. Arrest for Treason?

“These tweets represent a clear intent to baselessly discredit the whistleblower and officials in our government who are following the proper channels to report allegations of presidential impropriety,” she wrote.

Harris concluded her letter by citing Trump’s recent tweet — quoting an extremist pastor who is a regular on Fox News — suggesting his impeachment would cause a “Civil War like fracture.”

….If the Democrats are successful in removing the President from office (which they will never be), it will cause a Civil War like fracture in this Nation from which our Country will never heal.” Pastor Robert Jeffress, @FoxNews

“These are blatant threats,” Harris wrote. “We need a civil society, not a civil war.”

The senator noted that Twitter has banned users in the past for similar offenses, including InfoWars creator Alex Jones, pharmabro Martin Shkreli and actor James Woods.

“I believe the President’s recent tweets rise to the level that Twitter should consider suspending his account,” Harris wrote. “When this kind of abuse is being spewed from the most powerful office in the United States, the stakes are too high to do nothing.”