Never Forget: Trump Lashes Out at Unfavorable Polls Before Heading to Arlington For 9/11 Ceremony 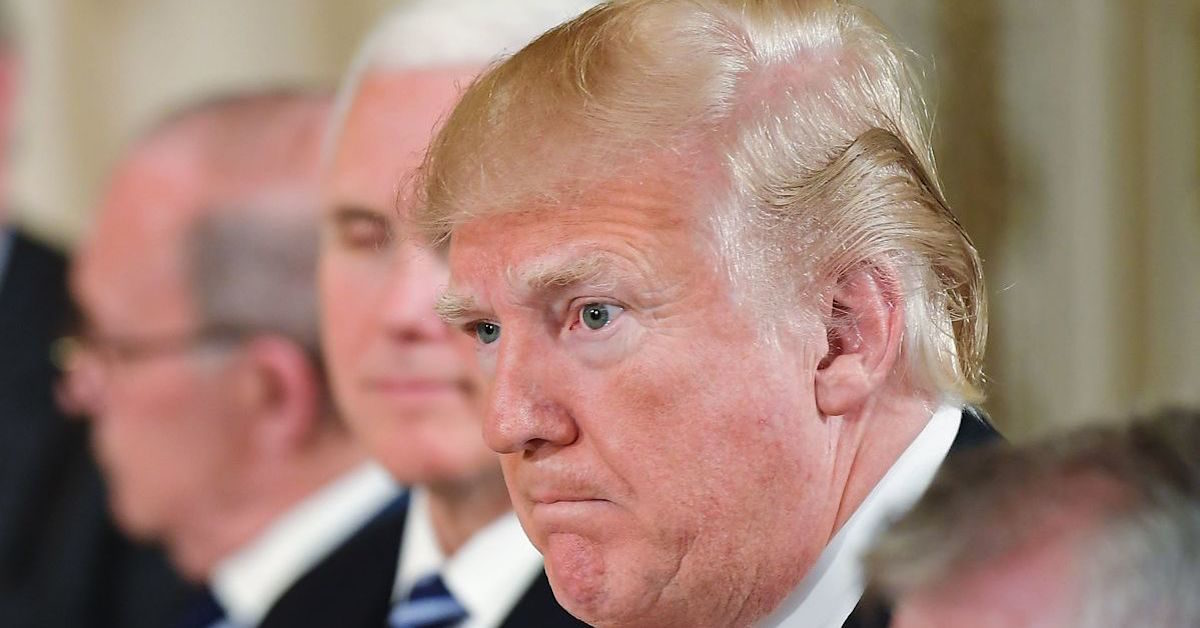 Trump started his online proclamations by first posting this subdued photo of himself and Melania Trump, acknowledging the tragic day.

….The USA should always be paying the the lowest rate. No Inflation! It is only the naïveté of Jay Powell and the Federal Reserve that doesn’t allow us to do what other countries are already doing. A once in a lifetime opportunity that we are missing because of “Boneheads.”

Trump then launched into an even more impassioned attack on Washington Post and ABC over their latest poll data on his falling approval ratings. Trump wailed about the poll yesterday for showing that Americans fear his policies could lead to recession, and now he’s complaining that his ratings would be much higher if not for the “fake news” media.

….This is a phony suppression poll, meant to build up their Democrat partners. I haven’t even started campaigning yet, and am constantly fighting Fake News like Russia, Russia, Russia. Look at North Carolina last night. Dan Bishop, down big in the Polls, WINS. Easier than 2016!

If it weren’t for the never ending Fake News about me, and with all that I have done (more than any other President in the first 2 1/2 years!), I would be leading the “Partners” of the LameStream Media by 20 points. Sorry, but true!

Trump eventually managed to remember what day it is.

Leaving the White House soon to speak at the Pentagon. My great honor!

Even so, critics are not impressed with the topics on which Trump was focused given this somber day in U. S. history:

It seems pretty tasteless to be whining about this stuff today. Maybe give it a rest for 24 hours? https://t.co/VgwUieCHVQ

Its the 18th anniversary of 9/11.
For one day stop thinking about yourself. https://t.co/62pzcwubP5

I’m here in Shanksville today, where ceremonies will be held to commemorate the sacrifice of dozens of Americsns on this, the anniversary of the worst terror attack in US history. https://t.co/oEZrNihOgA

This is the message of the President of the US on the anniversary of 9/11. https://t.co/fyIBzgFczC