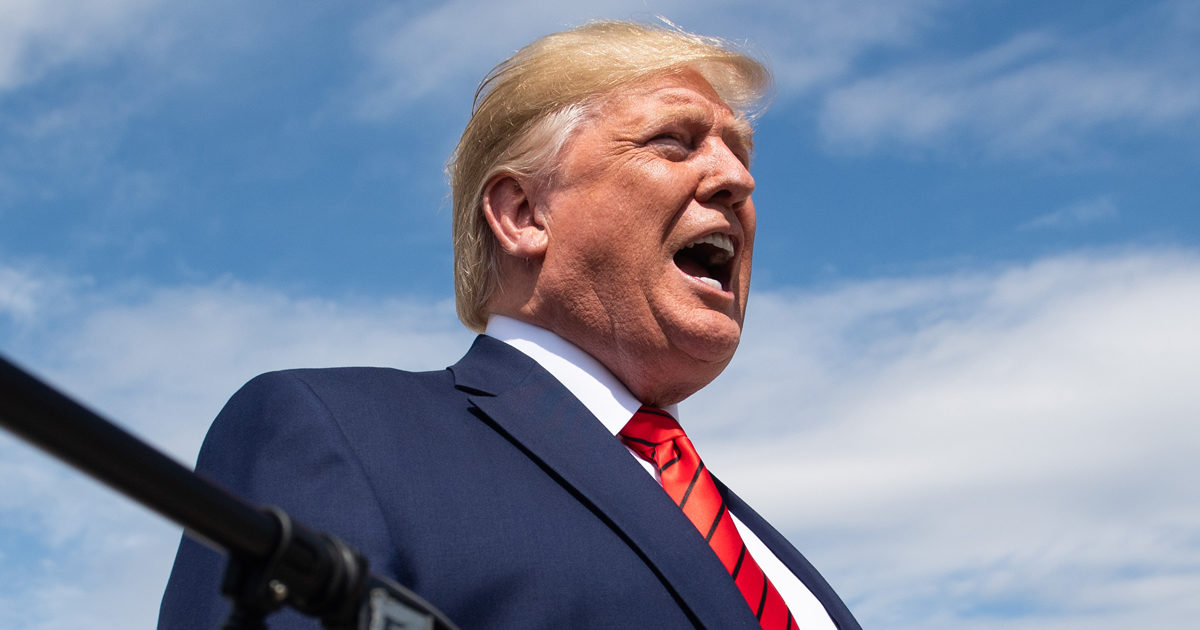 President Donald Trump opened the week with a Monday morning set of tweets that renewed his call for outing the Whistleblower that is at the center of the impeachment inquiry currently posing an existential threat to his presidency.

Congress passed the Whistleblower Protection Act in 1989 to “strengthen and improve protection for the rights of federal employees, to prevent reprisals, and to help eliminate wrongdoing within the Government.” The idea behind it is that, only through anonymity, can a true whistleblower feel comfortable coming forward to report on alleged malfeasance without the threat of any repercussions.

But Trump and his supporters don’t see it that way. They only see the Whistleblower as a political puppet used by Rep. Adam Schiff designed to undermine Trump administration. Or so Trump suggested in the following tweets:

Adam Schiff now doesn’t seem to want the Whistleblower to testify. NO! Must testify to explain why he got my Ukraine conversation sooo wrong, not even close. Did Schiff tell him to do that? We must determine the Whistleblower’s identity to determine WHY this was done to the USA..

….Democrat’s game was foiled when we caught Schiff fraudulently making up my Ukraine conversation, when I released the exact conversation Transcript, and when Ukrainian President and the Foreign Minister said there was NO PRESSURE, very normal talk! A total Impeachment Scam!

Trump’s tweets about outing the identity of the Whistleblower may be seen as a craven effort to bring this particular scandal back into the news cycle, as most Monday morning cable news programming is focused on the harsh and bipartisan criticism Trump is receiving after weekend reports of atrocities as a result of Trump’s decision to remove U.S. military support from Kurdish forces in Northern Syria.

As many on Twitter have pointed out, Trump’s claims do not bear out to be true. To wit:

The President is lying. Again.