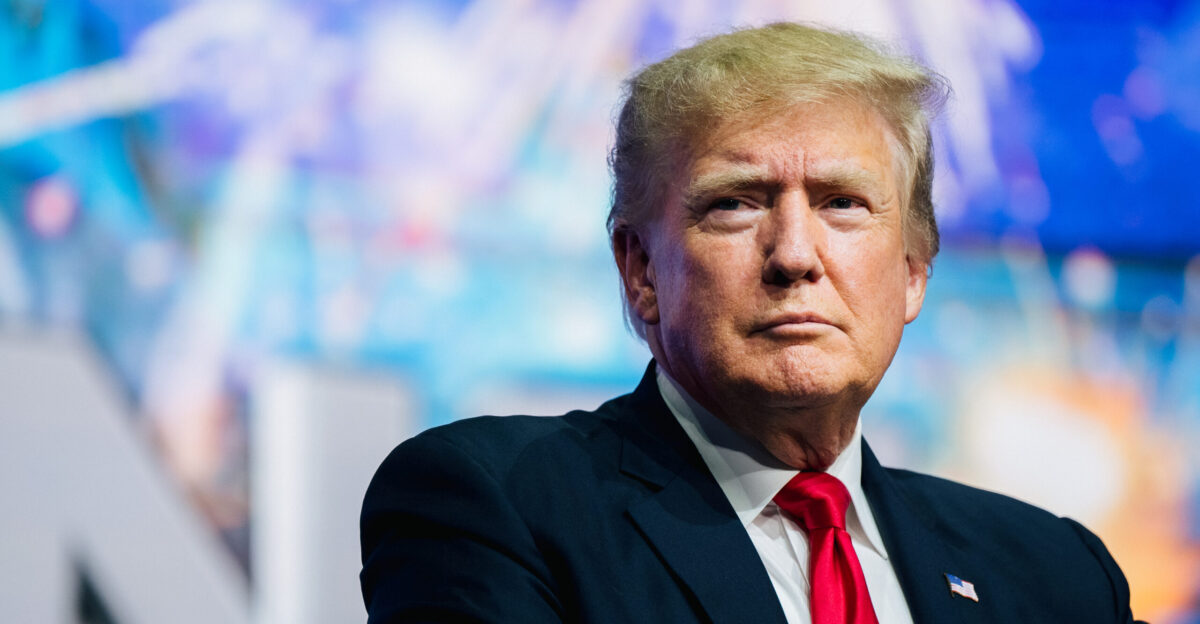 Trump made his claim on Truth Social Wednesday morning, sounding the alarm over the bill being considered in the Senate.

“The deal on ‘Gun Control’ currently being structured and pushed in the Senate by the Radical Left Democrats, with the help of Mitch McConnell, RINO Senator John Cornyn of Texas, and others, will go down in history as the first step in the movement to TAKE YOUR GUNS AWAY,” Trump breathlessly alleged. “Republicans, be careful what you wish for!!!”

The Bipartisan Safer Communities Act, which was crafted in the wake of several mass shootings around the country, was backed by 14 Senate Republicans and co-sponsored by Cornyn when the text for it was released on Tuesday. The bill offers states funding grants to enact red flag laws, enhances background checks for young gun purchasers, and it would close the so-called “boyfriend loophole.”

McConnell’s office signaled his support for the bill in a statement:

I support the bill text that Senator Cornyn and our colleagues have produced. For years, the far left falsely claimed that Congress could only address the terrible issue of mass murders by trampling on law-abiding Americans’ constitutional rights. This bill proves that false. Our colleagues have put together a commonsense package of popular steps that will help make these horrifying incidents less likely while fully upholding the Second Amendment rights of law-abiding citizens.