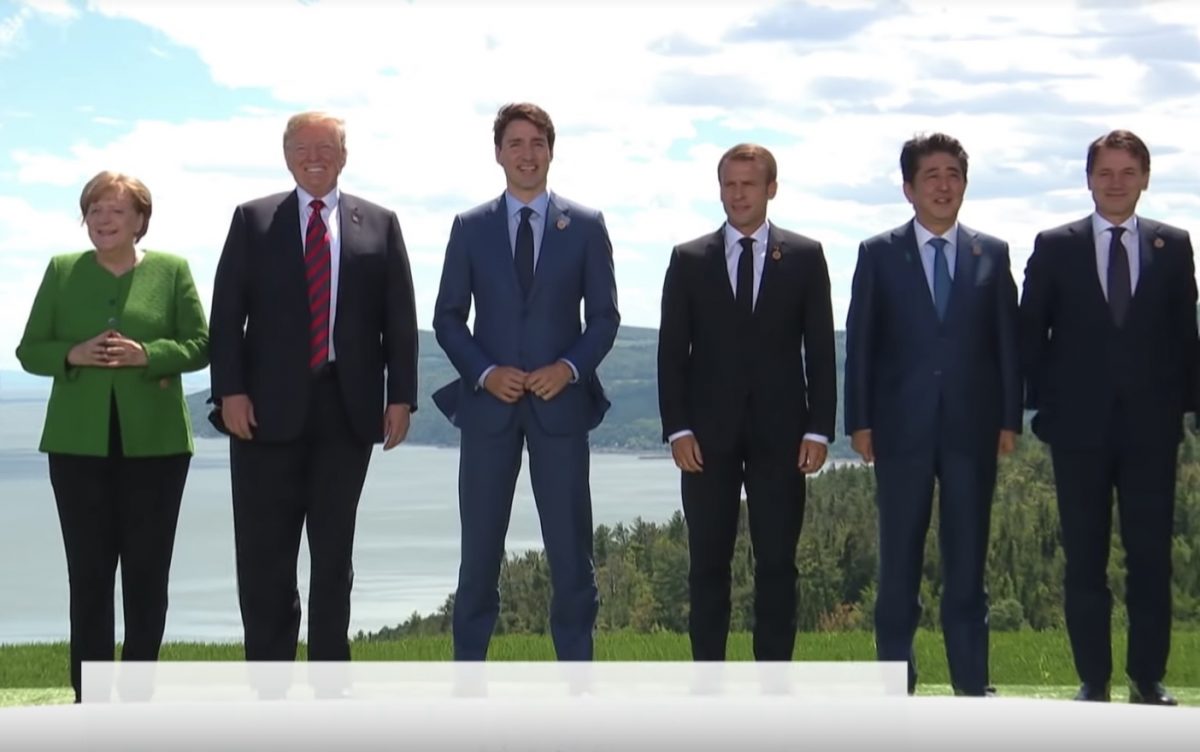 Just hours ago, President Donald Trump was tweeting about the “great meetings and relationships with the six Country Leaders.”

Just left the @G7 Summit in beautiful Canada. Great meetings and relationships with the six Country Leaders especially since they know I cannot allow them to apply large Tariffs and strong barriers to…

Calling out one of America’s closest allies by name, Trump accused Canadian Prime Minister Justin Trudeau of making “false statements” during a presser after his departure.

Trump also threatened: “I have instructed our U.S. Reps not to endorse the Communique as we look at Tariffs on automobiles flooding the U.S. Market!”

Based on Justin’s false statements at his news conference, and the fact that Canada is charging massive Tariffs to our U.S. farmers, workers and companies, I have instructed our U.S. Reps not to endorse the Communique as we look at Tariffs on automobiles flooding the U.S. Market!

PM Justin Trudeau of Canada acted so meek and mild during our @G7 meetings only to give a news conference after I left saying that, “US Tariffs were kind of insulting” and he “will not be pushed around.” Very dishonest & weak. Our Tariffs are in response to his of 270% on dairy!

Trump’s anger seems to stem from a press conference Trudeau held where he said he would with “absolute certainty” impose retaliatory tariffs on the United States.

Canadian Prime Minister Justin Trudeau says he will with "absolute certainty" impose retaliatory measures on July 1 to answer US President Trump's tariffs on steel and aluminum: "We will not be pushed around" https://t.co/p42wWP6KlK pic.twitter.com/7NGS4xkqzL

Yet, his threat to not sign the Communique also has the potential to upend, not only his gains with Trudeau and Canada, but a lot of the goodwill gained by the conference.

As The Guardian reports, the Comminique is actually “a joint statement [among all attending leaders] vowing to fight back against protectionism and pledging to follow established trade rules, in spite of clear differences between the US and their counterparts in the international group.”

The statement also details other things the leaders agreed to during the summit.

Then, it seems he got mad at Trudeau and backed out.

As Buzzfeed‘s David Mack noted, Trump’s sudden change just doesn’t look good considering he is on his way to a historic summit with North Korea and begs the question “Why on earth should they trust the United States?”

CNN’s Jim Sciutto also asked, “Please explain how that is strategic rather than reactive.”

In any event, Trump’s Saturday night Twitter is sure to send shockwaves through the diplomatic community and is certainly a stunning turnaround just hours after Trump appeared to leave Canada a happy man boasting of the relationships he gained.

Statement from the Prime Minister’s Office:

We are focused on everything we accomplished here at the #G7 summit.

The Prime Minister said nothing he hasn’t said before — both in public, and in private conversations with the President.