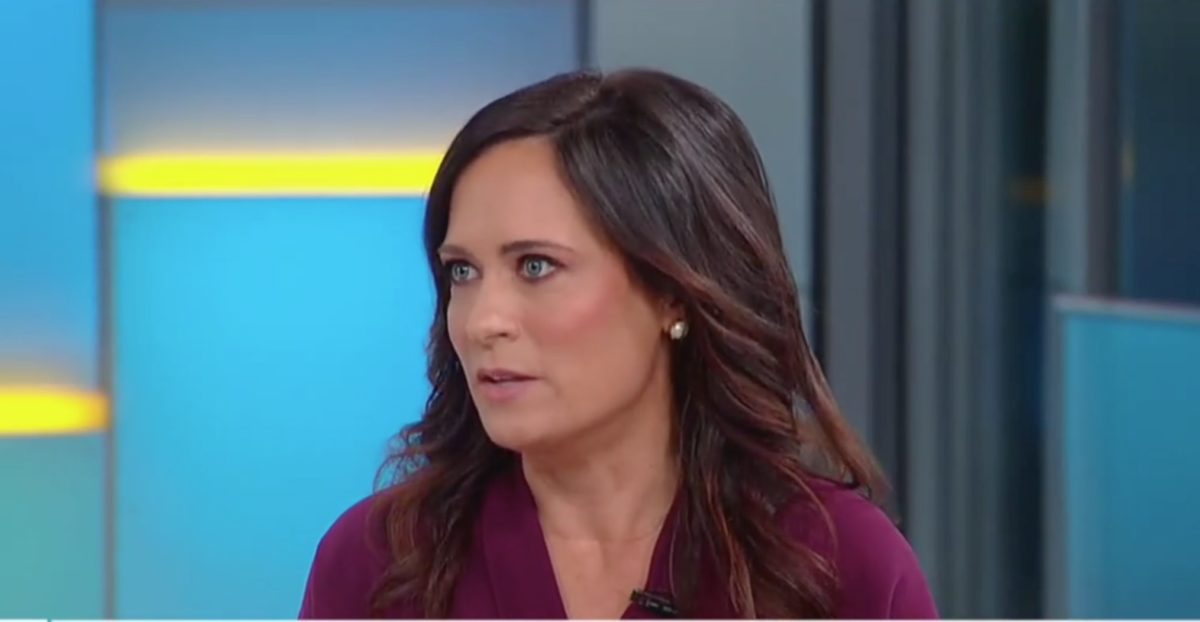 The comment was prompted by former Chief of Staff John Kelly saying in an interview he regretted leaving the administration and warned Trump about hiring “yes men.”

“He just wants to come back into the action like everybody else does,” Trump told a reporter, dismissing Kelly’s comments.

NEW: President Trump responds to the John Kelly comments: “John Kelly never said that, he never said anything like that. If he would have said that I would have thrown him out of the office. He just wants to come back into the action like everybody else does.” per @nikkicarvajal

Then Grisham chimed in with a thought of her own about Kelly, saying “I worked with John Kelly, and he was totally unequipped to handle the genius of our great President.”

And @PressSec responds as well: “I worked with John Kelly, and he was totally unequipped to handle the genius of our great President.”

Twitter immediately lit up with reactions to Grisham’s quote, which many noted appeared to cross a line from defending Trump to something you might hear in North Korean propaganda material.

this is some Dear Leader shit https://t.co/mletGKpfMp

Even Kim Jong Un thinks this is a touch too obsequious https://t.co/xOl2qcFgt4

Lots of statements he wants. Always interesting to see the ones people are willing to put out. https://t.co/SmY0XO5Ay0

jfc these people are unreal https://t.co/lD131Lk5bt

This is a good Nork impression. https://t.co/LRkLxSjlW0

These people are North Koreans. https://t.co/npfw1VI7XY

Gotta say this for Trump: He finally found a spokesrobot who’s perfectly in sync with the tone of his messaging https://t.co/YbnyWEqmKS

Who knew that the conservative movement in the United States, so long defined by its anti-communism, would end up sounding so positively Soviet. https://t.co/U4IaXjlyd3