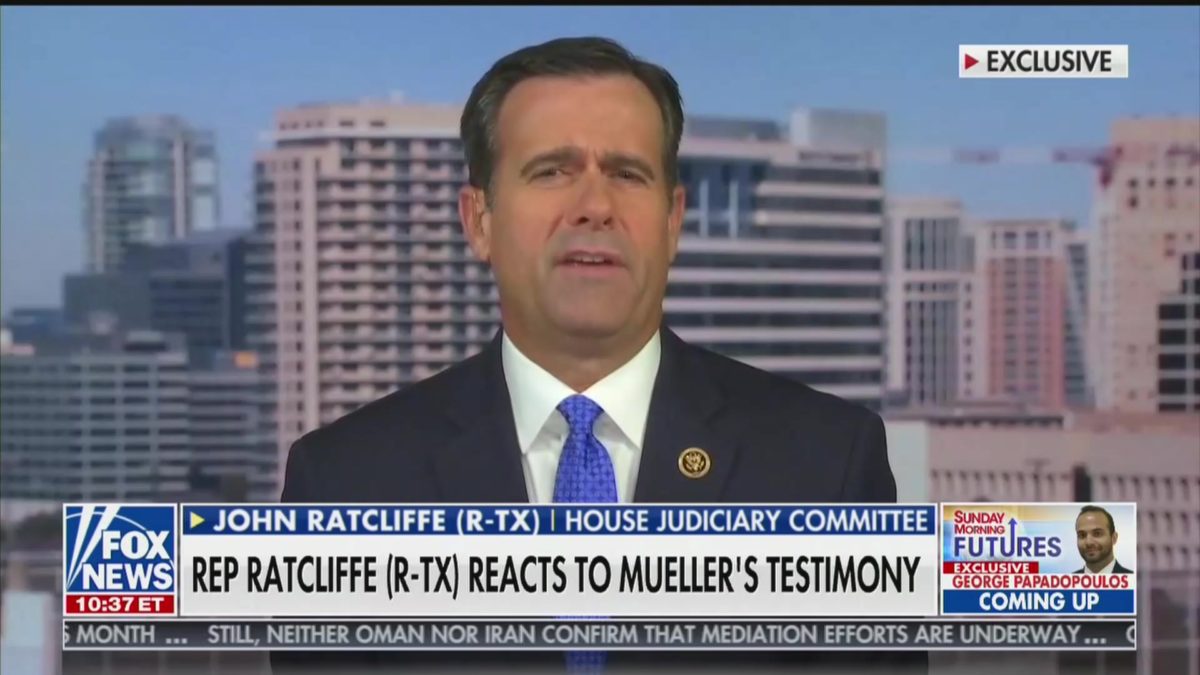 Axios’ Jonathan Swan reported that Trump was thrilled by Ratcliffe’s going after Special Counsel Robert Mueller during his appearance before Congress last week.

“I agree with Chairman Nadler this morning when he said Donald Trump is not above the law,” Ratcliffe said during the hearing. “But he damn sure should not be below the law which is where Volume II of this report puts him.”

The New York Times’ Maggie Haberman also noted that Trump met with Ratcliffe to discuss the job nine days ago.

Trump met with Ratcliffe nine days ago to discuss the job, per ppl briefed on the meeting. https://t.co/lxdbbURUtY

Trump has apparently soured on Coats in recent weeks, reportedly telling aides he’s looking to replace him “sooner rather than later.” Coats is a former Indiana senator who has served as Director of National Intelligence since 2017.

The New York Times reported Sunday that Coats is expected to step down in “the coming days” and will likely be replaced by Ratcliffe.

Coats previously said in a statement that “I am focused on doing my job, and it is frustrating to repeatedly be asked to respond to anonymous sources and unsubstantiated, often false rumors that undercut the critical work of the Intelligence Community and its relationship with the President.”