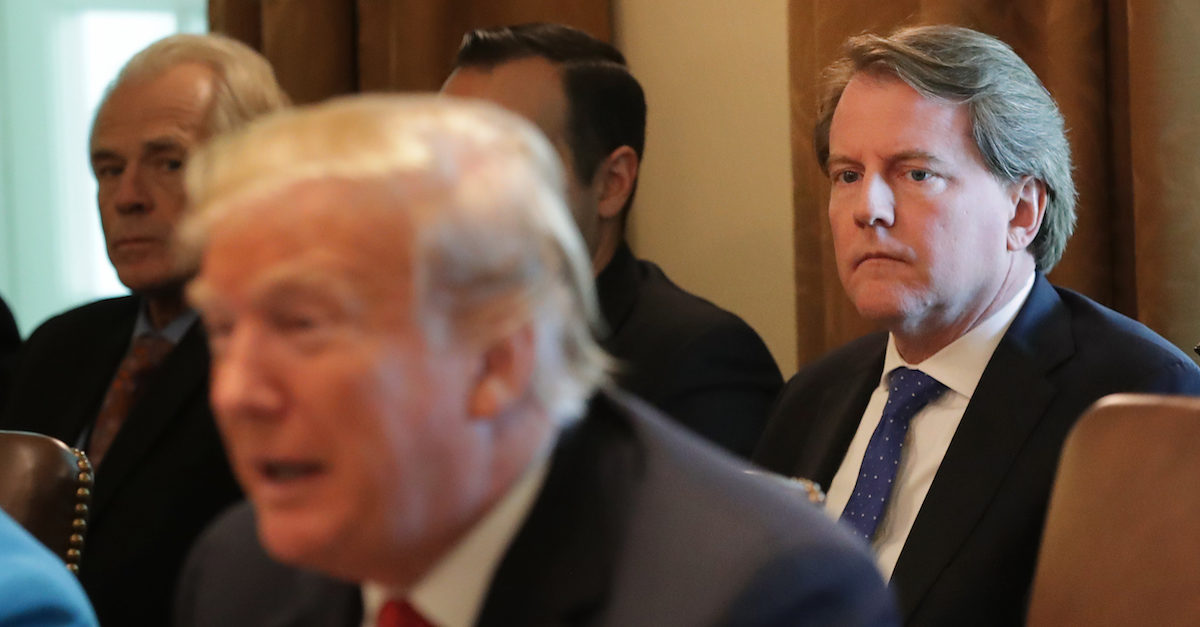 President Donald Trump is apparently planning to tell Don McGahn to defy the subpoena issued by the House Judiciary Committee.

McGahn, the former White House counsel, is one of a number of former/current Trump administration officials that a number of House committees want to speak with. Chairman Jerrold Nadler has threatened to hold McGahn in contempt.

There’s a hearing scheduled for tomorrow, but per the New York Times, the president is going to instruct him not to go:

President Trump is preparing to instruct his former White House counsel, Donald F. McGahn II, to defy a congressional subpoena and skip a hearing scheduled for Tuesday, denying Democrats testimony from one of the most important eyewitnesses to Mr. Trump’s attempts to obstruct the Russia investigation, a person briefed on the matter said on Monday.

The House Judiciary Committee has subpoenaed Mr. McGahn to appear. The White House plans to provide Mr. McGahn, who left the post last year, with a legal opinion from the Justice Department to justify his defying the subpoena, the person said.

UPDATE –– 3:38 pm ET: The DOJ released an opinion from the Office of Legal Counsel that Congress cannot compel McGahn’s testimony:

Statement from @presssec on the administration telling former White House counsel Don McGahn not to testify before the House Judiciary Committee, defying a subpoena. pic.twitter.com/ylNXknewQB