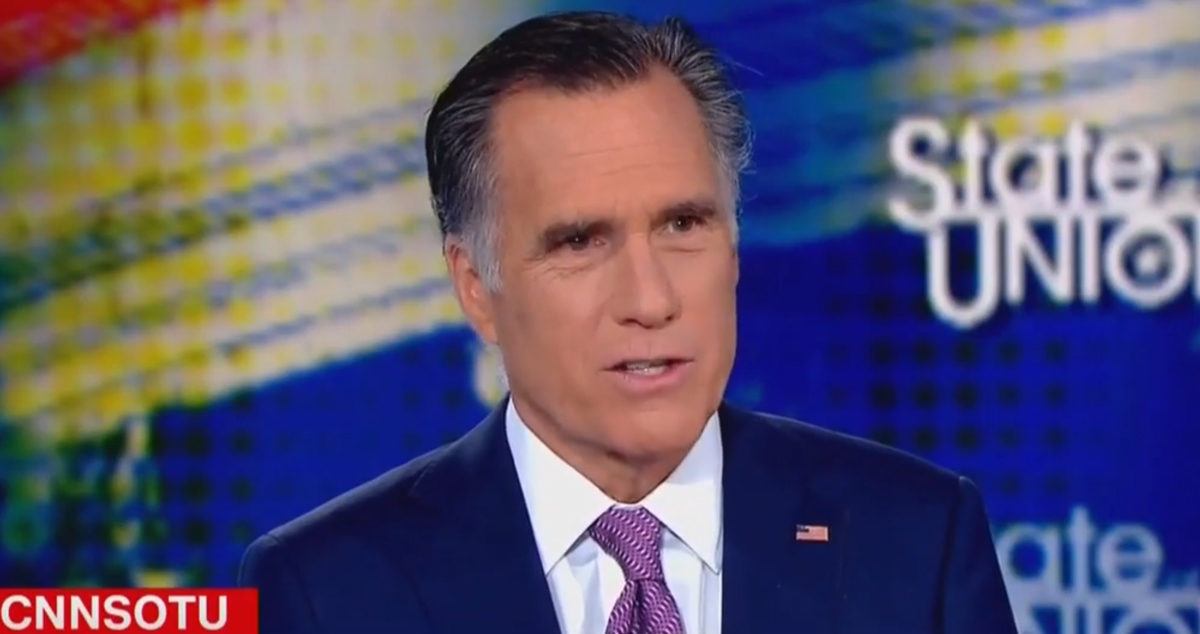 Yesterday Romney said if Trump asked the president of Ukraine to investigate the Bidens, “it would be troubling in the extreme.”

If the President asked or pressured Ukraine’s president to investigate his political rival, either directly or through his personal attorney, it would be troubling in the extreme. Critical for the facts to come out.

Today Romney said that the whistleblower complaint should be made available to Congress:

NEWS: Sen. Mitt Romney tells me Trump “should make available the whistleblower complaint that has been deemed to be credible and urgent. I think it'd be very helpful to get the bottom of the facts. If they don't, it will be up to the House to decide how to proceed.”

Romney’s remarks got some attention tonight and the president responded by sharing a video contrasting Romney’s 2012 loss with his own 2016 win:

The video was first shared by Trump in April in response to Romney saying he was “sickened” by the conduct revealed in the Mueller report.

It’s unclear what specifically set off Trump sharing the video again, but it’s worth noting that Lou Dobbs ended his show tonight teeing off on Romney:

#AmericaFirst– It doesn’t matter to Romney or the radical dems that the so-called whistleblower has no firsthand knowledge of anything the President’s enemies claimed. These people are worse than fools. This time Joe Biden is being hoisted with the Left’s petard. #MAGA #Dobbs pic.twitter.com/ljsU555oMh