Trump Touts Self as ‘Hardest Working President in History’ While Fuming at NYT, Denying He ‘Angrily’ Has ‘Hamburger & Diet Coke’ in Bedroom 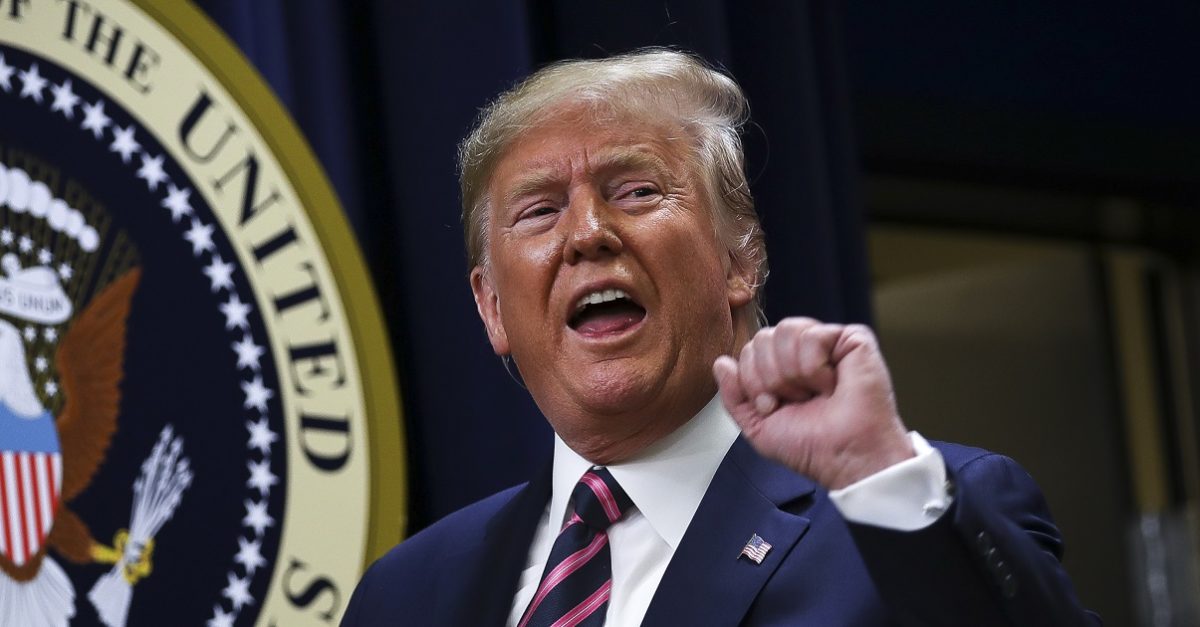 Donald Trump got on the presidential Twitter machine on Sunday to go on an enraged rant against The New York Times and their report on his activities in the middle of the coronavirus pandemic.

….schedule and eating habits, written by a third rate reporter who knows nothing about me. I will often be in the Oval Office late into the night & read & see that I am angrily eating a hamburger & Diet Coke in my bedroom. People with me are always stunned. Anything to demean!

(The initial tweets were removed and replaced since the president initially spelled hamburger “hamberger.”)

Trump didn’t just storm at the Times though. On top of misspelling “Nobel,” it would appear the president is mixing up Pulitzer prizes with Nobel prizes.

When will all of the “reporters” who have received Noble Prizes for their work on Russia, Russia, Russia, only to have been proven totally wrong (and, in fact, it was the other side who committed the crimes), be turning back their cherished “Nobles” so that they can be given….

….Lawsuits should be brought against all, including the Fake News Organizations, to rectify this terrible injustice. For all of the great lawyers out there, do we have any takers? When will the Noble Committee Act? Better be fast!

It would seem Trump is preoccupied with an article the Times released on Thursday about what his life is like while he’s confined to the White House and grappling with the ongoing health crisis. Much of the piece suggests that Trump is especially enraged that his media portrayal isn’t what he wants it to be, even with his favorite outlet, Fox News.

“President Trump arrives in the Oval Office these days as late as noon, when he is usually in a sour mood after his morning marathon of television,” the article says. “He has been up in the White House master bedroom as early as 5 a.m. watching Fox News, then CNN, with a dollop of MSNBC thrown in for rage viewing.”

The article also reports extensively on how Trump approaches his recent White House press briefings and how he watches them on TV after they’re done. While its not clear where they report “I am angrily eating a hamburger & Diet Coke in my bedroom” as Trump complains, it seems his anger is directed at this portion of the report.

“After he is done watching the end of the daily White House briefing — which is held seven days a week and sometimes goes as late as 8 p.m. — Mr. Trump watches television in his private dining room off the Oval Office. Assorted aides who are still around will join him to rehash the day and offer their assessments on the briefings. Comfort food — including French fries and Diet Coke — is readily available.”