Trump Wails Over ‘Ridiculous’ Fox Poll Showing Half the U.S. Backs Impeachment: ‘Get a New Pollster!’ 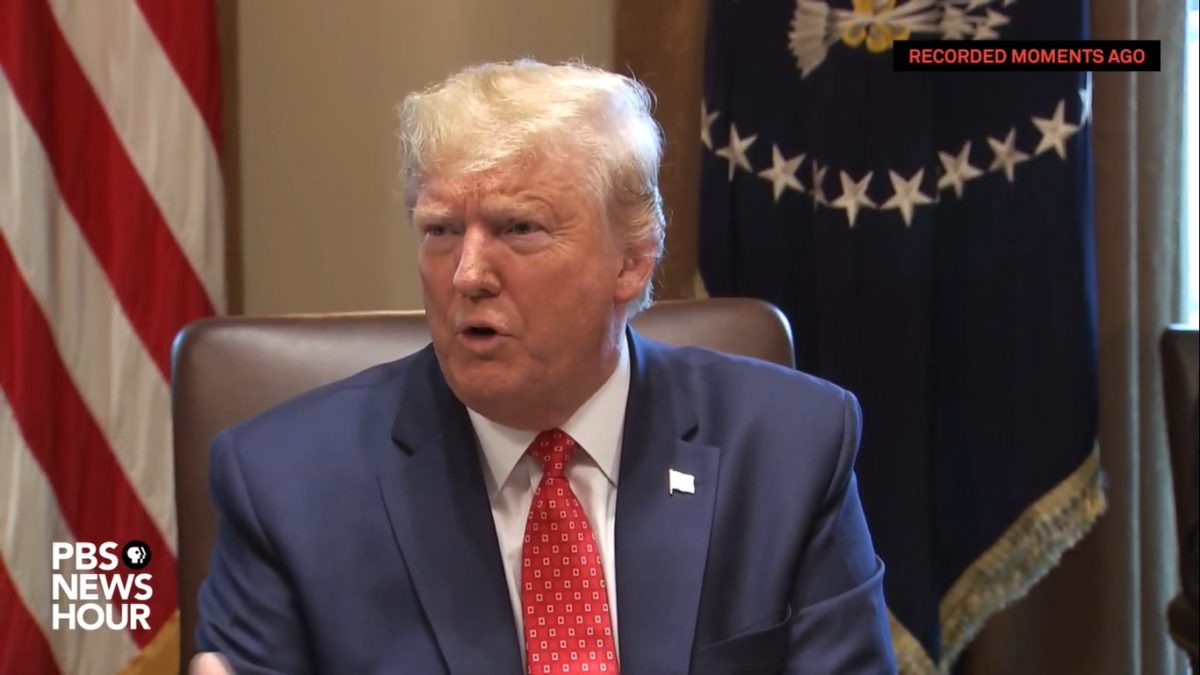 President Donald Trump continued his Sunday tweetstorm by complaining about Fox News’ latest poll showing there hasn’t been a shift in public opinion regarding impeachment.

“The @foxnewPolls, always inaccurate, are heavily weighted toward Dems,” Trump seethed. “So ridiculous – same thing happened in 2016. They got it all wrong. Get a new pollster!”

The @foxnewPolls, always inaccurate, are heavily weighted toward Dems. So ridiculous – same thing happened in 2016. They got it all wrong. Get a new pollster!

First of all, @FoxNewsPoll is the account Trump wanted to tag. Second, Trump has spent months complaining on Twitter about Fox having less-than-stellar data for him.

For Fox’s latest poll, Trump is most likely upset because even though it shows an increase in job approval, it also shows the country is still evenly split on impeachment. The poll found that 50 percent of Americans think Trump ought to be impeached and removed from office, another 4 percent say impeach but don’t remove, and only 41 percent are against impeachment altogether. Most respondents also told the poll that they believe Trump abused his powers, obstructed Congress and committed bribery.

The numbers are consistent with Fox’s polling from the last two months, which found that half of the country is for impeachment while the other half is against. The polls only show minor differences in the impeachment support numbers, which pokes a hole in recent Republican talking points about how the impeachment process is becoming increasingly unpopular throughout the country.